Kerry face Clare in the Munster Senior Football Championship on Sunday, June 3 and Eamonn Fitzmaurice has shown his hand.

The Kingdom boss has named a mighty strong side to kick off their quest for Sam Maguire in Killarney and there is a return for a familiar face. 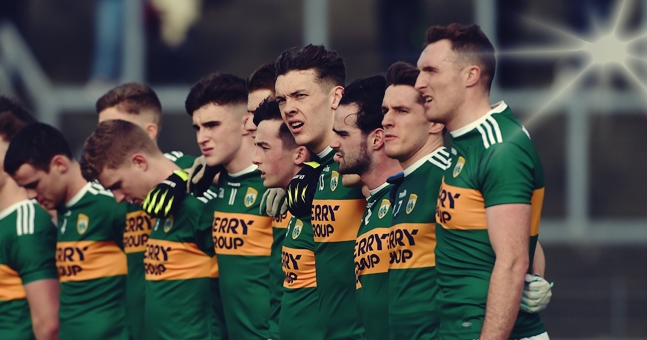 James O'Donoghue is back fit again and he takes his place in an exciting full forward line that includes 2017 All Star Paul Geaney and teenage sensation David Clifford.

Fitzmaurice has also paired Jack Barry with David Moran in midfield and retained the services of Micheál Burns in his half forward line. Dr Crokes goalkeeper Shane Murphy will once again captain his county.

END_OF_DOCUMENT_TOKEN_TO_BE_REPLACED

Darran O'Sullivan, Mike Geaney and veteran forward Kieran Donaghy are all included on a decent-looking Kingdom bench for the game.


popular
Referee Mathieu Raynal puts Sexton in his place after TMO mess
Sexton compares "brilliant" Irish debutant Craig Casey to Jonny Wilkinson
Owen Farrell rages at referee Pascal Gauzere as Wales catch England sleeping
"I was like, ‘My ear is hanging off my head. Can you not see that?!'"
The SportsJOE 12 o'clock quiz | Day 308
Will Connors locks down No.7 jersey with two rapid succession plays
Three Irish forwards stand tall in player ratings after Italy thrashing