"It's crazy, but it's wonderful" - Kellie Harrington reacts to her home becoming a new GAA tourist attraction

"I do watch the GAA, and I'll be getting behind our girls now, the Dublin team."

Nothing quite beats match day at Croke Park. Even before you get to the stadium there is a whole buzz about the area, fans have travelled from all over the country, the bars are full, and the shops are packed.

If it's a sunny day then getting an ice cream on your walk to the Croker is an absolute must, but now another pit stop has recently become a part of a GAA fan's journey.

Kellie Harrington, who just won gold at the Tokyo Olympics, grew up basically a stone throw away from the stadium, and now passers-by are making sure to stop and get a picture outside the house. 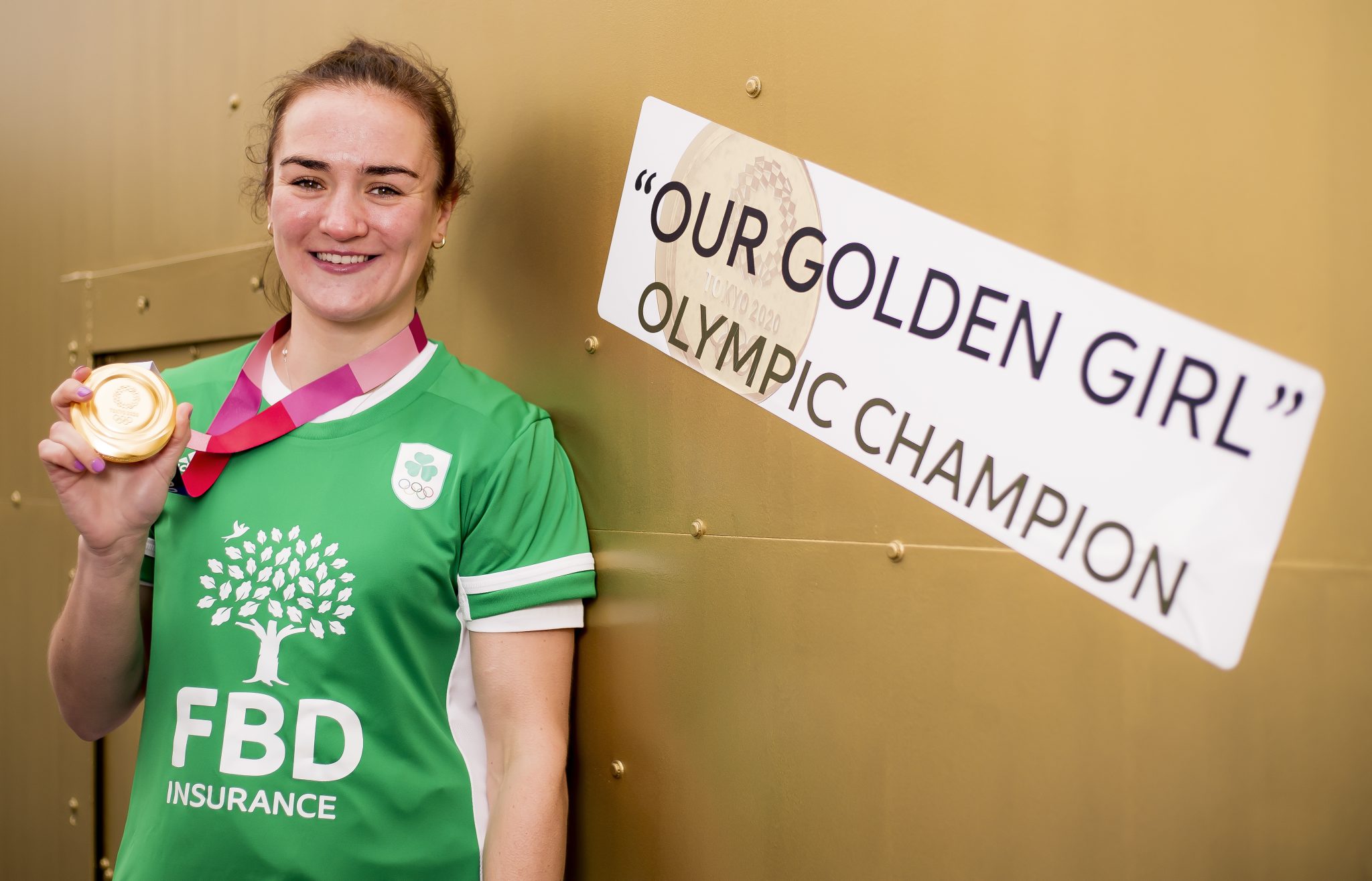 Pictured is Tokyo 2020 Olympics Gold Medallist and FBD Insurance Ambassador Kellie Harrington, celebrating her Gold Medal win. FBD Insurance is a principal sponsor to Team Ireland since September 2018. It is this same spirit of support and protection that sees FBD as Ireland’s largest homegrown insurer support more than 500,000 policyholders for over 50 years.
Advertisement

The boxing champion has to come to terms with a lot of changes in her life since standing on that podium a couple of weeks ago, but her family home becoming a tourist landmark was definitely unexpected.

"I think what we're going to end up having to do is turn the sitting room into a coffee shop and start selling stuff out the window, may as well capitalise on this while we can, make hay while the sun shines, or else just leave a little donation box like 'Support Kelly's coffee slice foundation,'" joked Harrington.

"I do watch the GAA, now I wouldn't be watching every match, but I'll be getting behind our girls now, the Dublin team, and it is mad to think that my poor ma and da's house is becoming a tourist attraction. 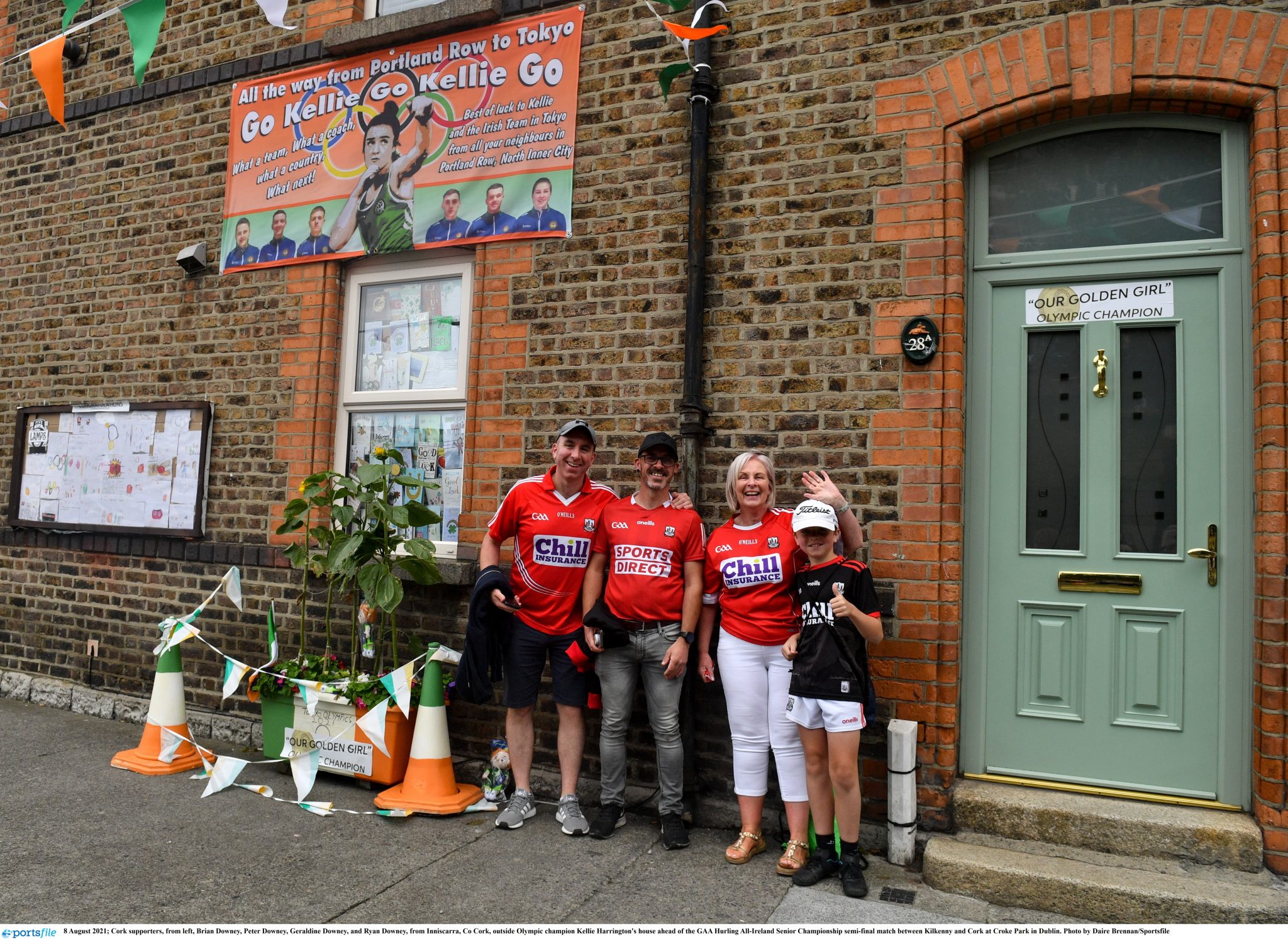 END_OF_DOCUMENT_TOKEN_TO_BE_REPLACED

"People are just stopping to get a picture outside, and it's crazy, but it's wonderful.

"The media might be a bit too much for my ma and dad, but the people aren't.

"The media can be a bit overwhelming for them because they're afraid of what they might say, or what they might not say, but with people knocking at the door, they would open it all day."


popular
Ireland team to play Wales: Andy Farrell's XV, the big calls and bold cuts
Roy Keane reminds everyone of his feelings towards Newcastle United ahead of cup final against Man United
Ireland's self destructive mentality kills Croke Park fight for Katie Taylor
Everton release brutal 59-word statement to confirm Anthony Gordon departure
True beauty of Fitzgibbon and Sigerson Cups lies in the hearts of weaker counties
Even Roy Keane felt Michael Dawson went too far with his remark to Tom Heaton
Five confirmed changes and guidelines to have big impact on 2023 Six Nations
You may also like
1 week ago
Lidl launches One Good Club in support of youth mental health
2 weeks ago
Paudie Clifford had the only response needed after being cleaned out by vicious elbow
2 weeks ago
O'Byrne Cup reduced to farce as Offaly withdraw from competition
2 weeks ago
Rory Gallagher expects Glen players to be back for Derry the week after club All-Ireland final
3 weeks ago
"That fecker, again?!" - A Dubliner's perspective of going up against Lee Keegan
3 weeks ago
The top five GAA players who never won the All-Ireland
Next Page