"He's been an absolute legend of a player."

It will be a bittersweet accolade for Galway's Joe Canning as his side crash out of the championship following a tight game to Waterford that saw them lose by a four points.

Waterford were 16 points up at one stage, but Galway rallied together and although the 0-9 from Canning couldn't complete the comeback, it did create a little bit of history.

The full-forward finishes his 14th championship campaign with a career total of 27-485 - a truly astonishing feat. 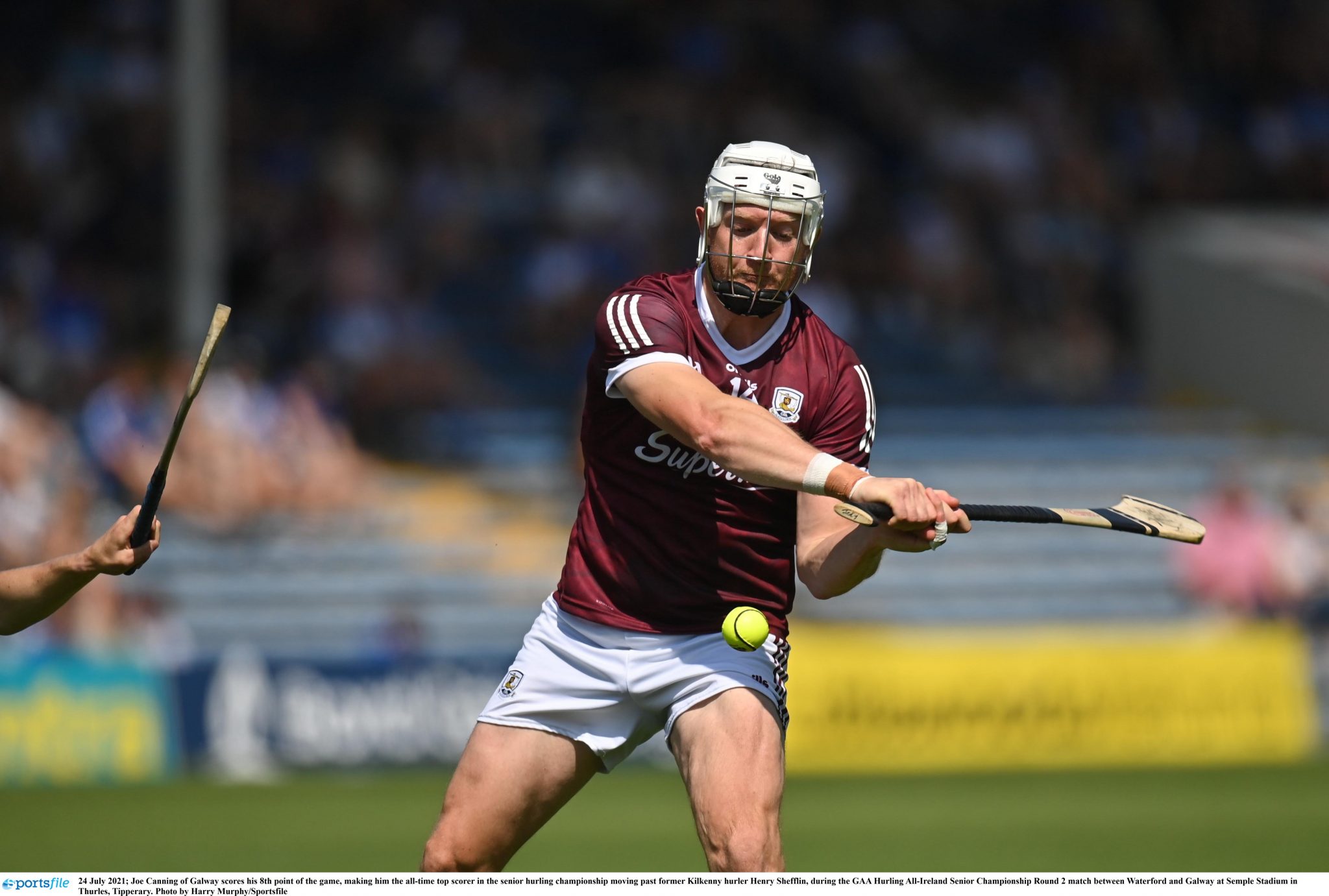 The 2017 Hurler of The Year, will be more concerned with his team's defeat rather than personal milestones, but his brother, Ollie Canning, was in studio after the game, and summed up his achievement.

"It's an unbelievable achievement, Joe was not tapping that over, he was trying to find the top of the net there," he added, when talking about the point that broke the record.

"For me, he is the ultimate team player. He had a chance from a free earlier, he hit it short to Evan Niland for a score. He could have taken that on himself.

"He found Jason Flynn in that pocket [for Flynn's goal], he wasn't thinking about that kind of stuff. It's nice to get it, and fair play to him.

I'm not sure how long he's got left! But a great, great player. We see a few of them players in our lifetime, and he's up there with the best."


popular
Ireland vs Wales: All the big talking points, moments and player ratings
Peter O'Mahony reaction to Liam Williams scuffle shows he may finally be mellowing
Patrick Horgan addresses infamous Kieran Kingston interview after Cork beat Limerick
Matt Williams tears into media for "rubbish" written about Ross Byrne
Jamie Carragher tweets savage analysis of Joe Gomez and Joel Matip
"You know why" - Jurgen Klopp refuses to speak to Athletic journalist at press conference
Conor McGregor offers solution to Croke Park fiasco that should suit all parties
You may also like
1 day ago
The SportsJOE Friday Pub Quiz: Week 9
1 week ago
Lidl launches One Good Club in support of youth mental health
2 weeks ago
Lee Keegan reveals who the toughest person he ever had to mark was
2 weeks ago
Paudie Clifford had the only response needed after being cleaned out by vicious elbow
3 weeks ago
O'Byrne Cup reduced to farce as Offaly withdraw from competition
3 weeks ago
Rory Gallagher expects Glen players to be back for Derry the week after club All-Ireland final
Next Page