"It was like a fashion parade of who had the nicest jersey from another county."

Before there was fifty different types of training tops, jumpers, quarter-zips, jackets and rain coats, the mark of a county player was actually showing up to training wearing another county's jersey.

After a game it was custom to swap tops with the man you were marking, so often this would mean you could show up to Donegal training in the 90s' and everyone would be wearing Armagh and Tyrone tops.

END_OF_DOCUMENT_TOKEN_TO_BE_REPLACED

Seems strange thinkingof it now, when county player's have three or four different types of shorts alone, to pack for their training sessions and matches, with initials and crests proudly stitched on them.

This meant however, that there was an awkward phasing out period, were it went from being the norm to wear another county's top, to it being a complete insult to your own team. 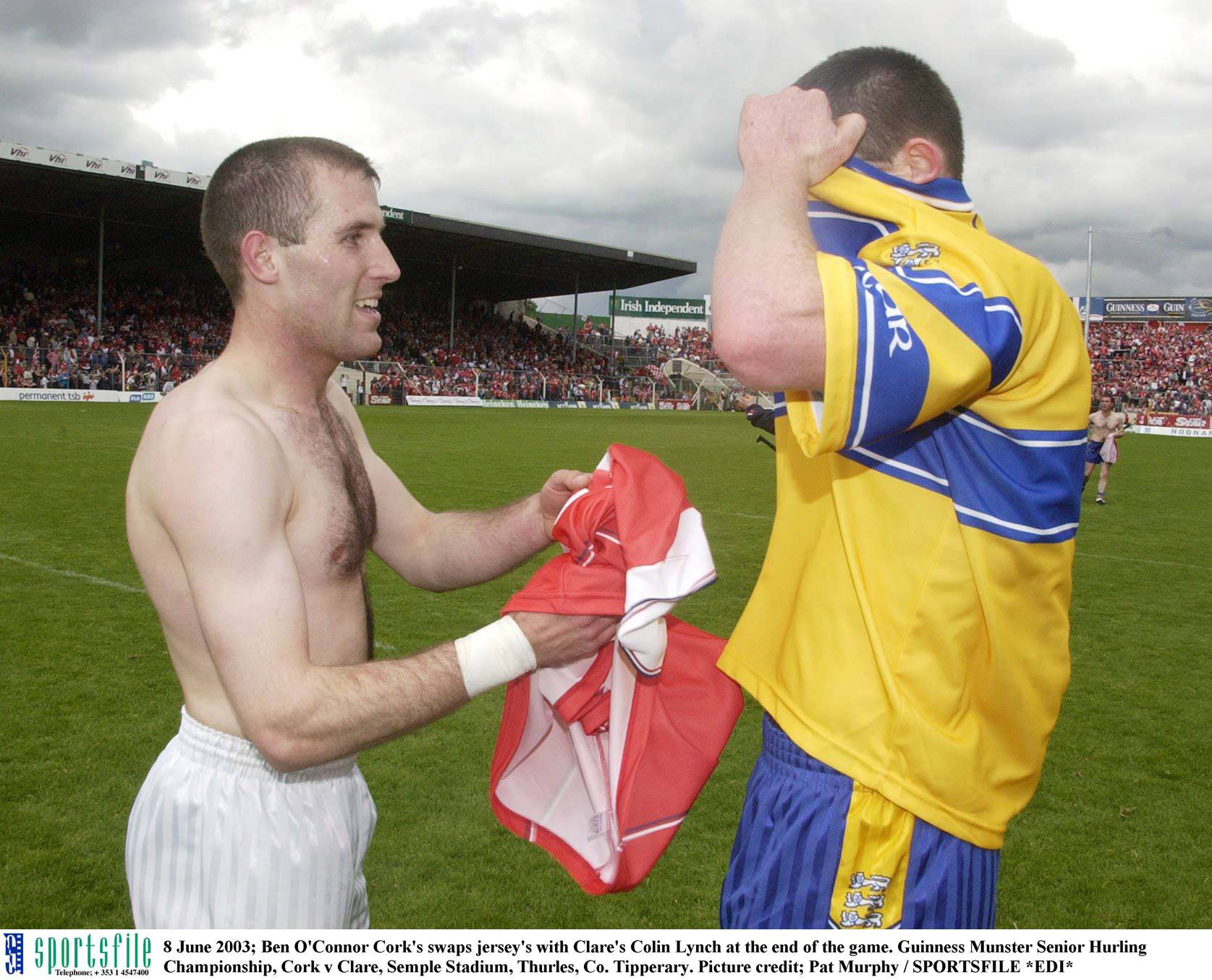 Speaking on the GAA Hour, Ger Brennan remembers getting caught in this culture change, as he showed up to Dublin senior training fresh out of minors, and with all the wrong gear.

"When I started, Pillar McCaffrey was manager, and I went in with a Cork jersey - we had lost to them in the minor All-Ireland semi-final, and Johnny Magee came up to me and said 'take that fecking thing off you.'"

END_OF_DOCUMENT_TOKEN_TO_BE_REPLACED

"So I was like 'oh yeah, yeah', but at that stage, I was literally only in the door, so I didn't really have any gear, bar that bit you get from the minors."

In an article by the Irish independent, it was revealed that Stephen Cluxton had a similar conversation with a young Dublin star.

"Jack McCarthy was in the same boat," said Brennan. "He literally just walked through the door, but it was the norm, you kind of wore whatever you wanted."

Colm Parkinson revealed that in his time with the county team, the attitude was the complete opposite to what it is now. 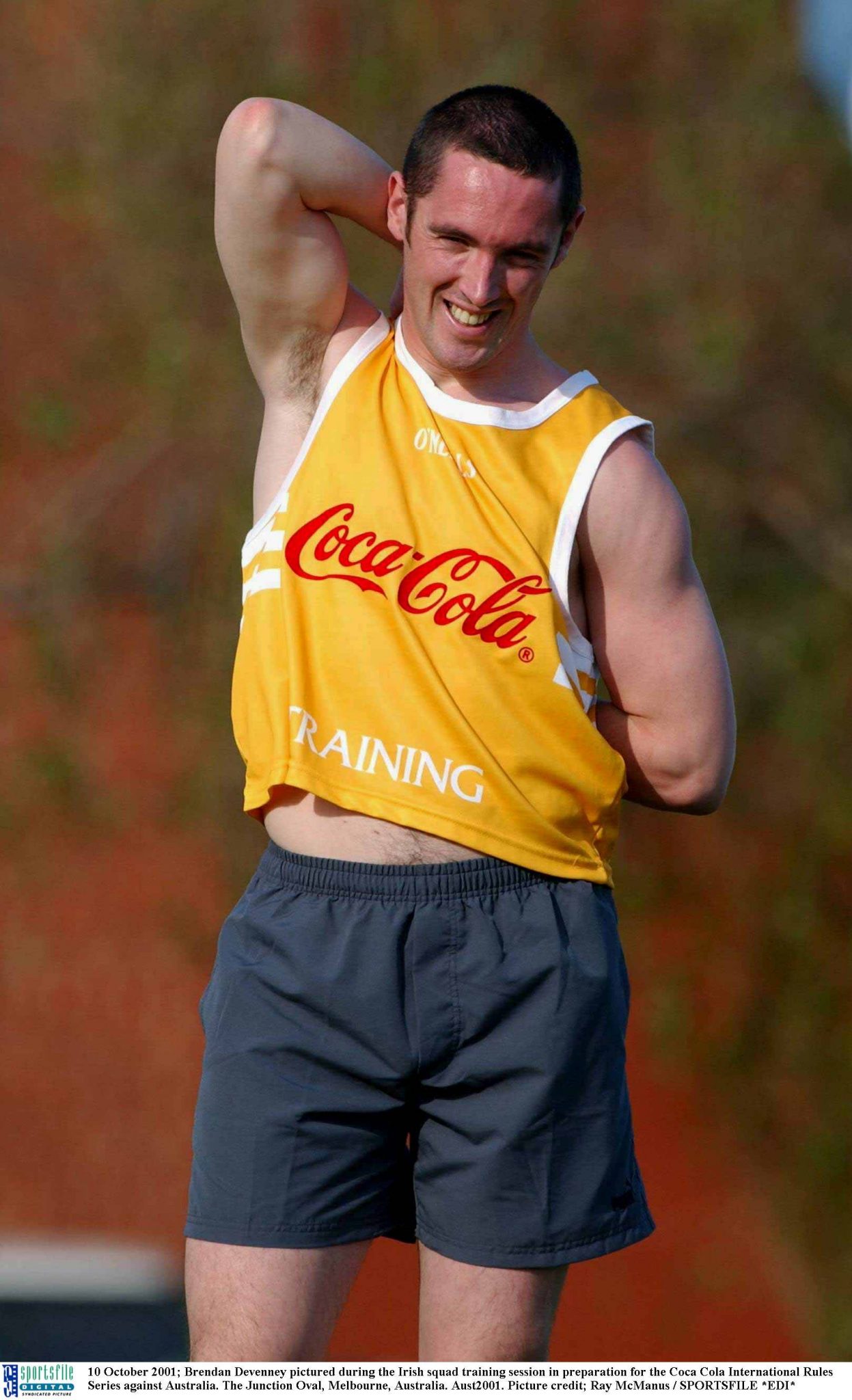 "It was like a fashion parade of who had the nicest jersey from another county where I was, but I completely understand the culture of not wearing them.

"Almost disrespecting them, and wearing our own training stuff."

Fashion disasters is one thing, but former Donegal forward Brendan Devenney was on the show, and he remembered a time where swapping jerseys had another downside to it.

"I always thought the county jerseys were too heavy, I never really liked them.

"I remember going back to 98' we had no bibs at Donegal that night, and there was a corner back there.

"To tell you the type of him - he would have done a hard training session on a Tuesday threw it in the bag, take it out on the Thursday training and wear it again.

"So in the session we had to swap, to be in a team of colours, and honest to god, I put this thing to my head, and it was honking!

"I couldn't get it over my head, so I just said I would go as the skins, but this guy was a good looking guy and had no bother with the chicks, so he must have had the aftershave on for the weekend."


popular
Ranking the best county GAA songs of all-time (32-1)
"It was unfair on the Galway backs” - Tomás Ó Sé admits that Kerry benefitted from unfair rule
Arsenal legend Willian set to make shock Premier League return
Antonio Conte 'banishes' four Tottenham players from first-team
"I remember just hugging this Irish guy" - How one Kiwi rugby star reacted to Ireland's historic series win
"I don’t trust you" - Joey Barton delivers brutal dismissal of Irish defender
"I’ve never heard someone say something as stupid” - Katie Taylor blasts Jake Paul's rematch comments
You may also like
1 month ago
"Coming off the field there, I just had a word with Ciaran Kilkenny" - O'Connor hails Kilkenny after pulling the fat out of the fire
1 month ago
"Everyone in Dublin should be proud of them" - Farrell gives a sporting post-match interview
1 month ago
Cometh the hour, cometh the man
1 month ago
Dublin edge Kerry in combined team as 'underdogs' get the nod on paper
1 month ago
Roy Keane makes good on bet after seeing Cork fall to Dublin
1 month ago
"All of a sudden he had me midfield with Niall Scully. We played Na Fianna and I was chasing after Eoin Murchan."
Next Page