"He's hoping that he can influence the referee in some way. Whether he does or doesn't, or whether it's right or wrong, I'm not too sure"

Back in the day, Davey Fitzgerald would have been described as "a character." His animated, over-enthusiastic approach to management is certainly one steeped in passion, but it's clear to see that it's also at his own detriment.

After an altercation last week that saw the Wexford manager shove Antrim boss, Darren Gleeson, Fitzgerald has been handed a hefty ban that will see him miss the upcoming Dublin game and the Leinster quarter-final.

END_OF_DOCUMENT_TOKEN_TO_BE_REPLACED

Despite the fact that both managers were caught on camera afterwards, sharing a hug and a handshake, it appears the GAA have had enough of Fitzgerald's sideline antics and felt the punishment was necessary.

Discussing the ban on the GAA Hour, Colm Parkinson believes that in this particular incident, it is quite a harsh penalty to pay.

"He pushed Darren Gleeson and they hugged and made up afterwards, Darren didn't seem to care - I would be on Davey's side for this one." 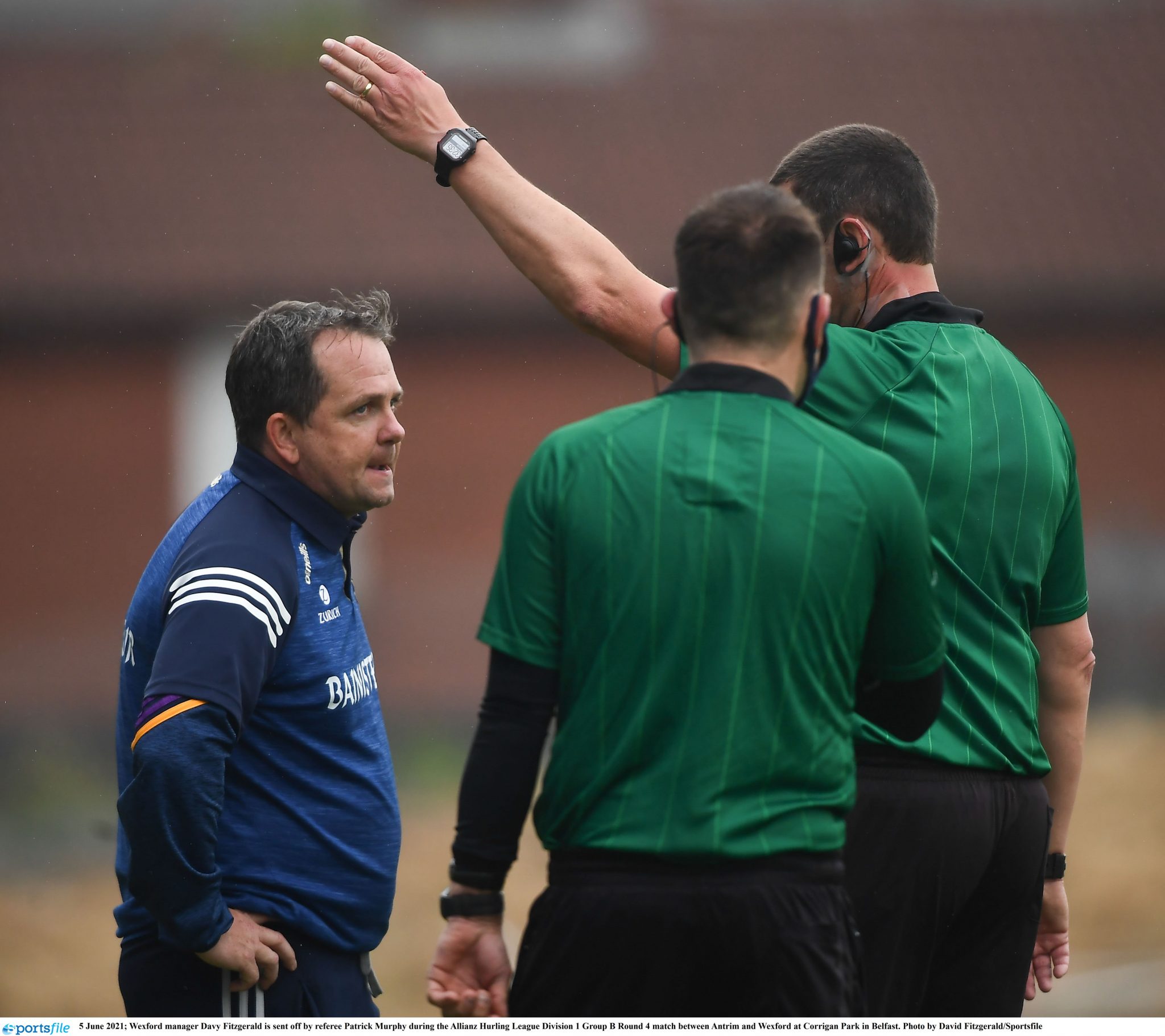 END_OF_DOCUMENT_TOKEN_TO_BE_REPLACED

Also on the show was former Tipperary defender, Paddy Stapleton, who thinks there may have been more to it than just what the cameras caught. "We don't know what was said, we can just see what happened," explained the two-time All-Ireland winner.

"It didn't look huge, but was there another incident before that? It's like your persistent fouling where you get a yellow and then a red, this could be for over the years, there was always some spectacle there.

"In this isolated incident, Darren wouldn't care, this is something he would enjoy, he'd enjoy a bit of craic with it and he wouldn't hold any grudges over it with Davey. In isolation, I would say his reputation is following him around now.

"For years he's been playing the victim and now he's talking about how you will never get this sort of thing out of him, that's what makes him. I think we realise now, this is what he does every match.

END_OF_DOCUMENT_TOKEN_TO_BE_REPLACED

"I've been witness to it, I've seen it - opposition, players, referees, his own players - everyone gets it and he's going to pay the price if he keeps doing it."

Former Dublin player, Conal Keaney also weighed in on the discussion, saying: "I think a lot of it is made of this one. Is it orchestrated? I don't think that one was, but there's certain times where he does do things to provoke a reaction in a situation. 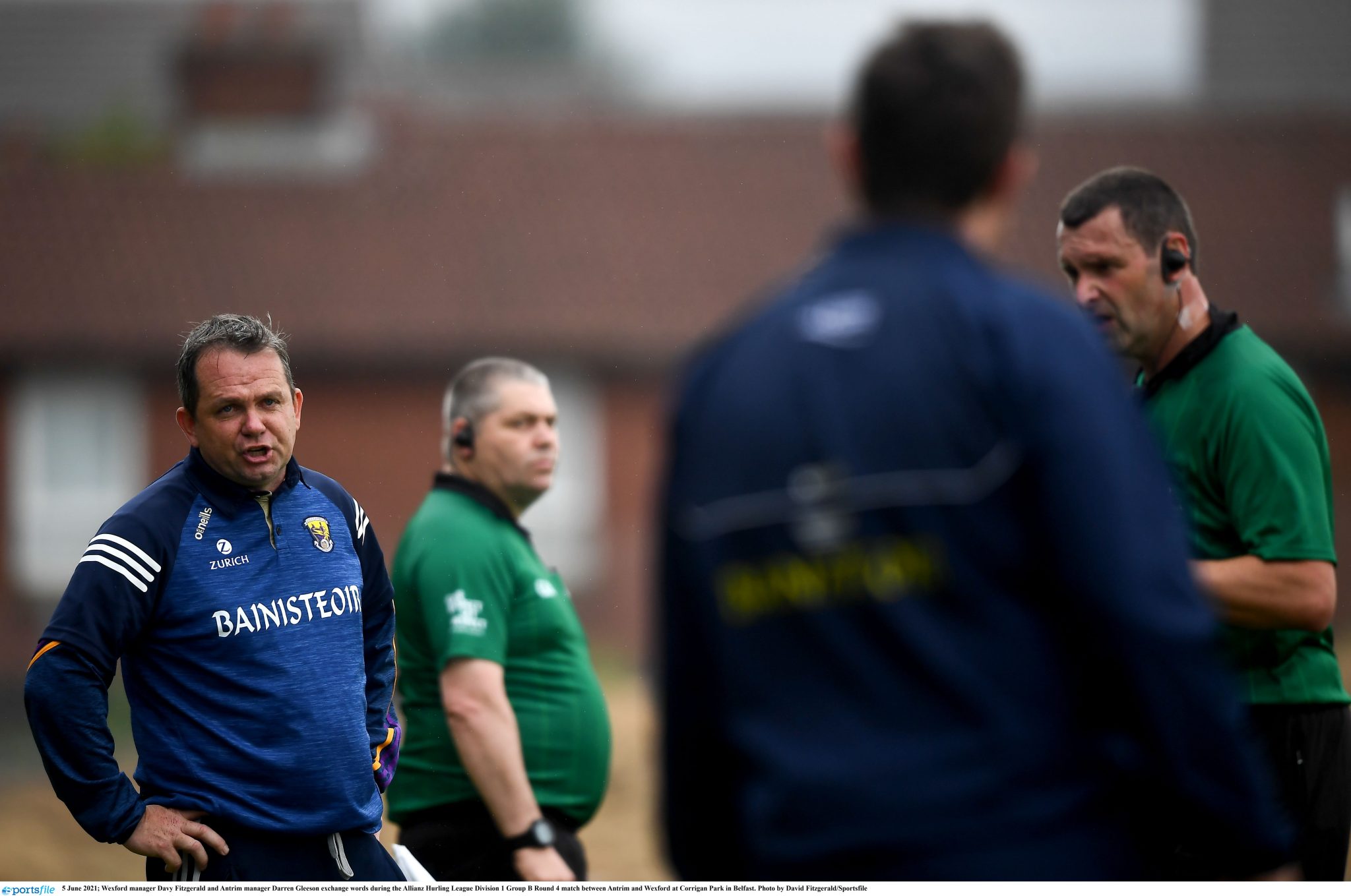 "It's a tough place to go. It's very tight up there, it was a tight time of the game too, where the teams were very close. I wouldn't really look too much into that one.

"Davey was probably of the opinion, you go and play the game, I'll manage the ref - he will shout sometimes, he won't shout other times, all in the hope that over the course of the game that you're getting the decisions that you want.

"He's hoping that he can influence the referee in some way. Whether he does or doesn't, or whether it's right or wrong, I'm not too sure, but it definitely doesn't help the team when you're playing, to look over at the line and see the craziness happen.

"You're trying to see how the game is going and you look to the line and maybe selectors are jumping around, your manager is shouting and roaring - you're not sure what the hell to be doing and it doesn't help the players."


popular
Gary Neville reveals Man United ignored advice to sign Joao Cancelo
"I think there are only five Kilkenny players who are guaranteed to start on any given day" - Cody's motivational methods
Rhodri Giggs accuses Gary Neville of hypocrisy over Salford sacking
"County football isn't for everyone" - Down captain Barry O'Hagan hits back at criticism
Billy Sharp breaks silence after attack from Nottingham Forest fan during pitch invasion
Erik ten Hag identifies Ajax defender Lisandro Martinez as Man United transfer target
FootballJOE's Career Path Quiz: #6
You may also like
2 days ago
If you're going into battle alongside Gareth Mckinless, then you will always have a chance
2 days ago
Rory Gallagher absolutely loses his mind celebrating as Derry beat Monaghan in Ulster semi-final
4 days ago
Monaghan will be a "different kind of challenge" compared to Tyrone says Derry boss
5 days ago
"I enjoyed it" - Padraig O'Hora opens up on his battle with David Clifford in League final
6 days ago
The All-Ireland hangover is a real thing, Dublin's dominance just made us forget about it
1 week ago
David Clifford tells Darran O'Sullivan how handles all of the pressure and attention he receives
Next Page