Kieran Molloy was the hero for NUI Galway as the Corofin man's first half goal against UUJ propelled last year's beaten finalists into the last four once again.

Controversy is looming, however, as Higher Education GAA confirmed on Wednesday night that the semi-finals are scheduled to take place in Mallow on Saturday February 16, the same day as the All-Ireland club football semi-finals.

Of course, Molloy's Corofin take on Gaoth Dobhair at 1.30 in Carrick on Shannon that very day and it's a case of only-in-the-GAA deja vu. How could anybody forget that, on the day of Corofin's All-Ireland club semi-final last year against Moorefield, Molloy was transported in a Garda Escort from Tullamore to Santry to make it as a second half sub for his college.

If this doesn't change, Molloy's clubmate Liam Silke, who's UCD team defeated DCU on Wednesday night, would also be affected. Please God the GAA see sense to change it.

All Ireland club semi and sigerson semi fixed for the same day. Sort it out @officialgaa #JusticeForThePonytail

Big things were expected of the Electric Ireland Sigerson Cup quarter final clash between DCU and rivals UCD in Belfield. Initially, the game lived up to its billing with a first half stunner from Monaghan livewire David Garland dragging DCU back into it after UCD had started the brighter.

But that proved to be a false dawn because it wasn't long before John Divilly's star studded UCD outfit just took off. The highly rated Dublin midfielder Darren Gavin came into his own in the engine room, twin threat Con O'Callaghan and Evan O'Carroll started delivering up top and when Cian O'Connor fisted in a well worked second half goal, this game was all over bar the shouting.

A Kieran Molloy goal sent NUIG on their way and a late, great salvo from midfielder Peter Cooke won it for them. See your match report here. 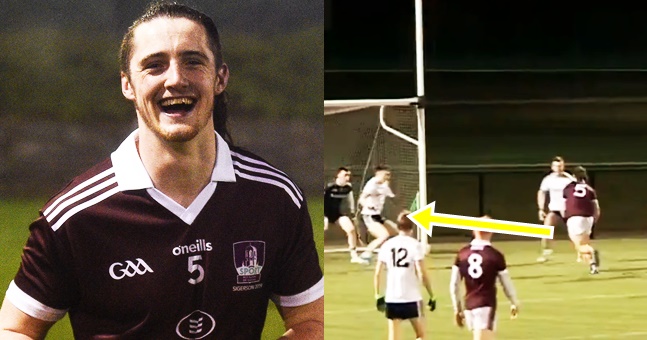 Sigerson specialist Kieran Molloy steps up yet again for his college

A star-studded UCC outfit which includes Sean O'Shea, Paudie Clifford and Cian Kiely had way too much for IT Carlow.

Tough night for our senior footballers who were well beaten by a serious looking UCC home outfit.