Sigerson specialist Kieran Molloy steps up yet again for his college

Kieran Molloy lives for this type of thing.

February football, the rain pelting down, the studs slipping and the muck gathering, it's usually under the lights of a Wednesday evening and it's no place for meek men. It's Kieran Molloy's playground.

Last year, the Corofin bomber was always there for NUI Galway. Underdogs the whole way through, the men from the west built up a head of steam on their daring run to the Electric Ireland Sigerson Cup final. That man Molloy had the steam rising.

We all know about his heroics on final day and a year on he's back for more, with his club but with his college too.

NUI Galway lost first time out on a free-kick shootout to St Mary's this year but they showed serious bounce-back-ability to make it into a quarter final. Molloy kicked a worldie off the outside of the right to beat Queen's at the Dub and that got them going again.

Next up were Ulster's finest, the University of Jordanstown down in Abbotstown. This was winner takes all. 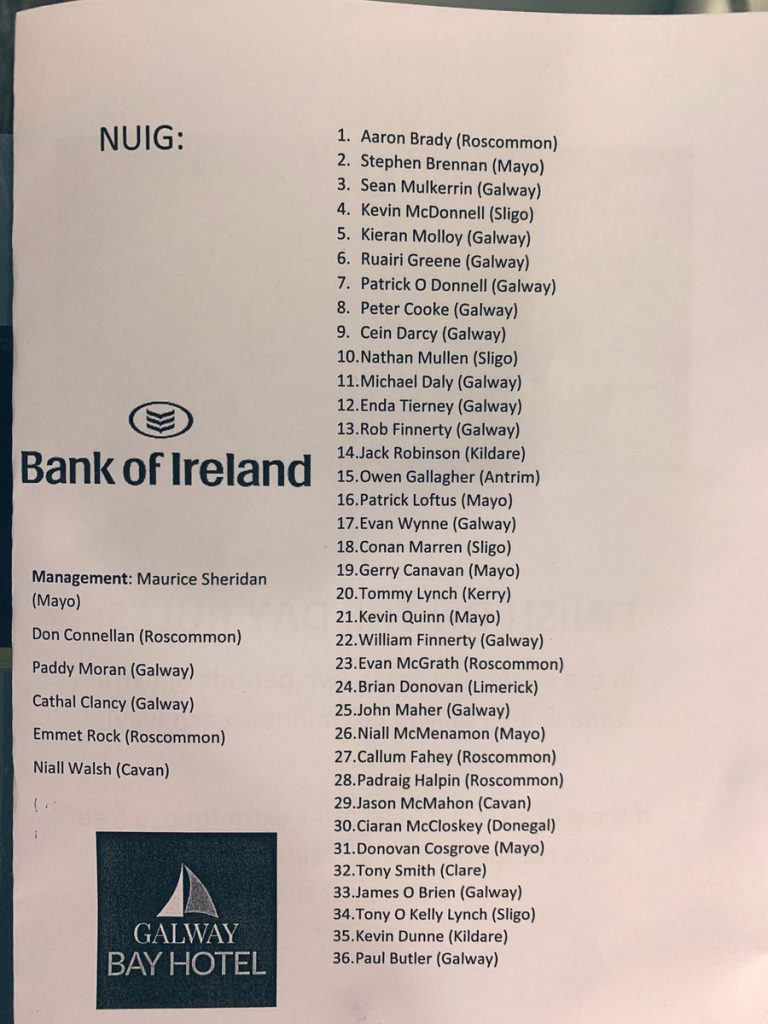 And the Galway lads got off to a stonker of a start in the big smoke. Big Peter Cooke, fresh from his exploits with the Galway seniors during the League and another man of similar Sigerson stature to Molloy - he kicked a few fine frees early on to set it up for Maurice Sheridan's men.

And then Kieran Molloy struck while the iron was hot. The UUJ defence were asleep when a fisted ball cannoned off the post early, a raiding Molloy was a livewire.

NUI Galway were well on their way and though UUJ fought like dogs in the second to have it level at 1-7 to 1-7 going down the home stretch, Peter Cooke stepped up again to win it for the underdogs and to set up a semi-final tie with UCC.

These lads won't go away.


popular
In 86 seconds, Patrick Bamford becomes English football's voice of reason
'Make him hurt, make him yours' - How the Springboks ruled the world
Springboks legend Tendai Mtawawira tells us what he really thinks of Ellis Genge
Jose Mourinho is the picture of happiness and health after Spurs sacking
'Beast' Mtawawira is a big fan of Mike Ross' Lions front row
"We did find him hours later and we made up." - How Flynn and his best friend came to blows in Croke Park
Ugo Monye's revised Lions XV dominated by Welsh and Irish
You may also like
1 year ago
Sigerson Cup Team of the weekend
2 years ago
Team of the Sigerson Cup
2 years ago
"Their hands are tied with the league...it's ridiculous, you could play the Sigerson first"
2 years ago
Magical Sean O'Shea the difference as UCC do the business
2 years ago
GAA team of the weekend
2 years ago
Sean O'Shea has Mallow drooling but Jarlath Óg Burns is some man to fetch
Next Page