Gaelic Football's most beautiful players to watch from the last 20 years: 20-11

Fine footballers and thrilling, game performers they were. The most beautiful to watch? Nah.

We've compiled a list of the 20 most delicious footballers of the last 20 years and it isn't the hard nuts full of brawn and flashpoints.

These are guys who wowed and delighted you; who made you stand back, open-jawed and applaud - neutral, rival or whatever. Guys who just had it.

Whatever the hell 'it' is.

If we were picking teams of players never to have won even a provincial championship with their counties, the genius of Declan Browne would be captain.

The Tipp corner forward was country-renowned despite slugging along in apathy with the Premier County for the majority of his career. Went in to every game with red target dots on his head. Came out of every game with his reputation further enhanced. 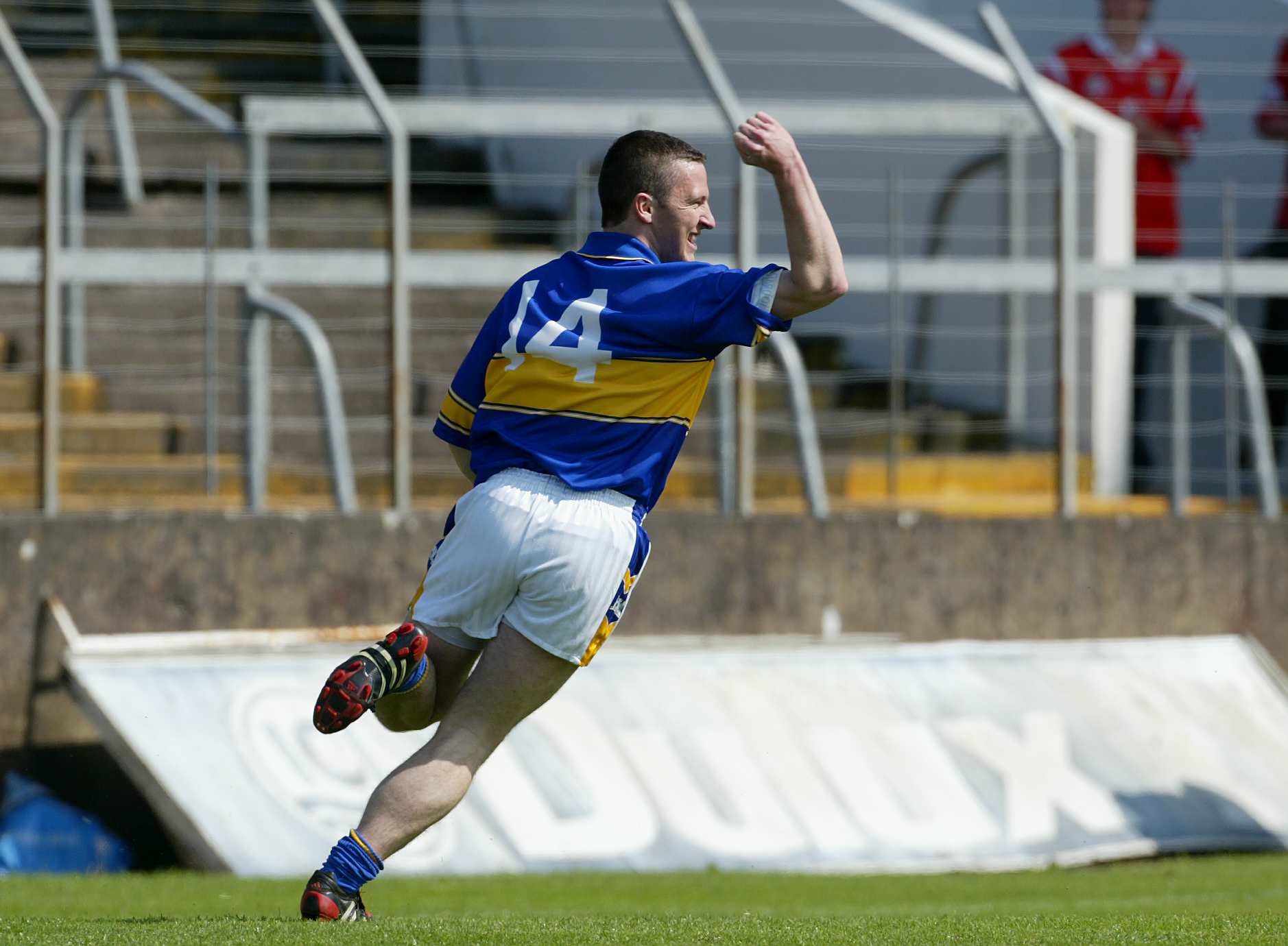 END_OF_DOCUMENT_TOKEN_TO_BE_REPLACED

"He could beat you by playing football."

Those were the words of Conor Mortimer who has heard enough shit in his ears down through the seasons. He never heard it from Lockhart though. He just felt it.

The Derry legend is one of the classiest corner backs the game has ever seen. The tightest of markers, Lockhart was nippy and fast and somehow managed to weigh 14-stone of solid muscle at the same time. Still Ireland's most-capped International Rules player.

Defining moment: Many a forward will tell you it was against them but, in 2001, he held Peter Canavan scoreless from play in two games as Derry marched to the All-Ireland semi final. 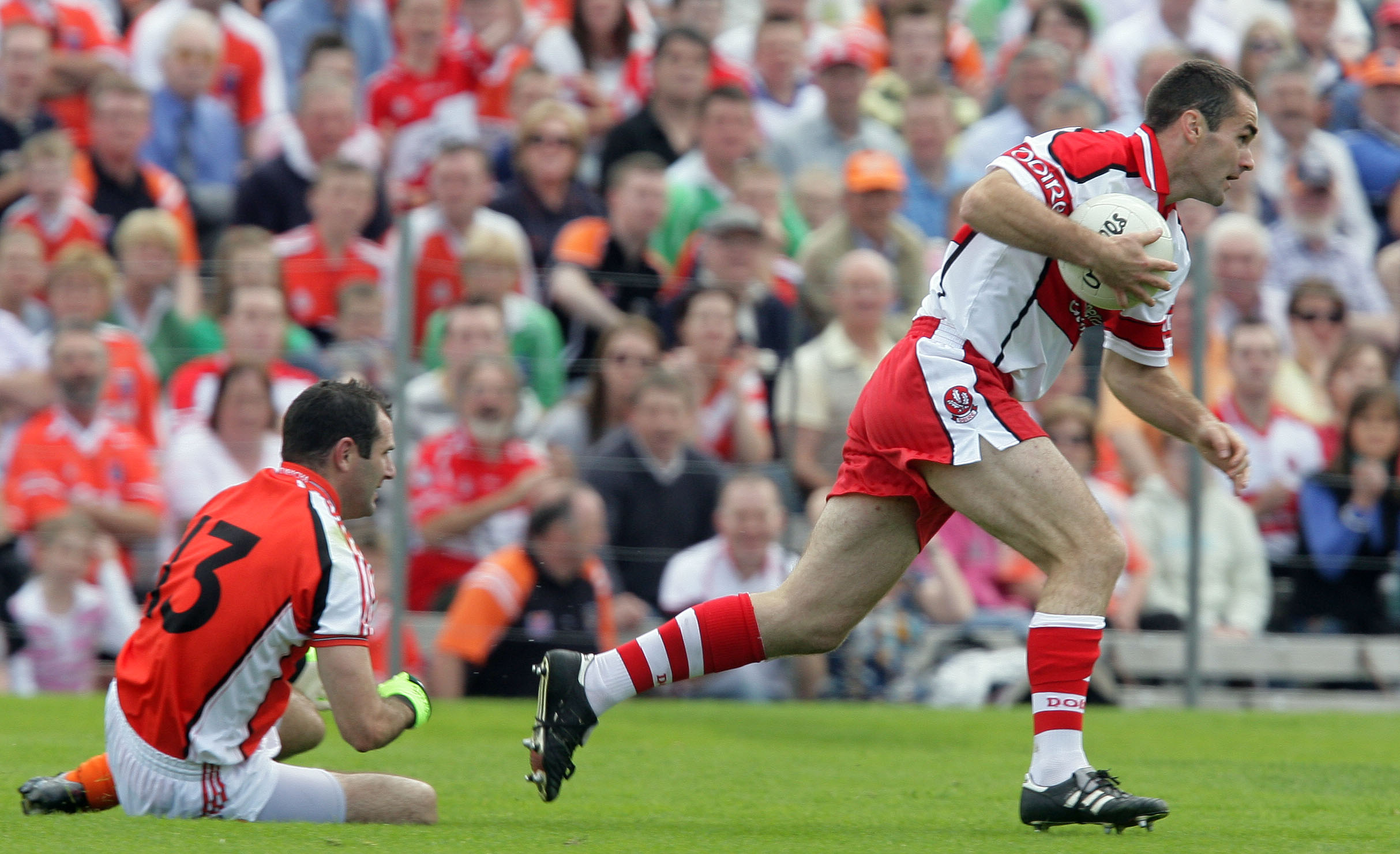 Bryan Cullen had that unique ability to control games no matter where he was playing. He was equally as pivotal playing at centre half-back as he was in the forward line and had a knack of finding space and time in any situation.

Seemed to be in a permanent state of scanning the pitch as he sprayed passes all over the plains of Croke Park for fun. For a decade, he was the most consistent Dubliner with a size five.

Defining moment: "See you all in Coppers!" 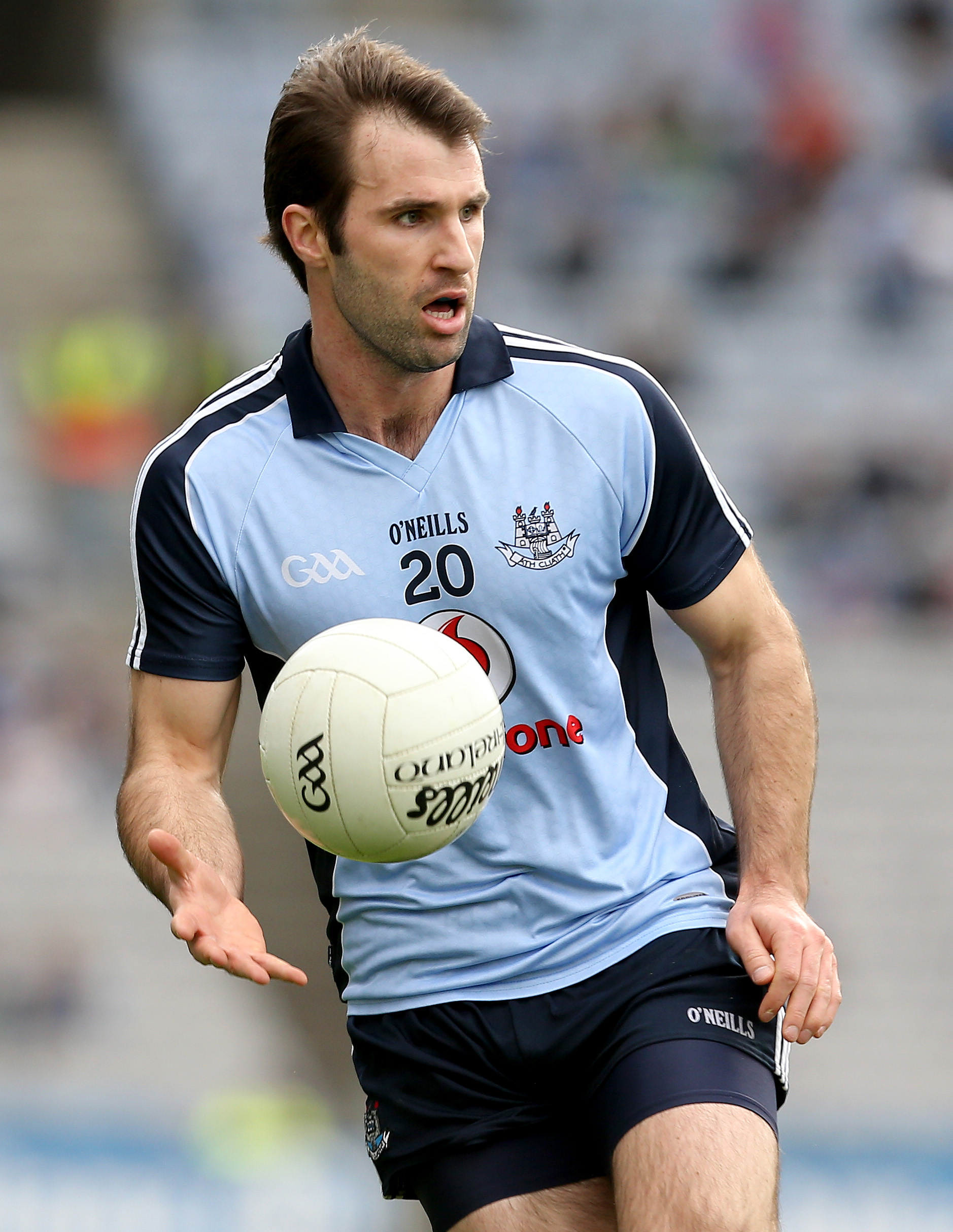 Not many defenders are targeted by the opposition. Karl Lacey couldn't step onto a football field without being body-checked or tripped on his way there.

One of the most distinguished Donegal players of all time, the explosive Four Masters man has been used as a merciless man-marker, a central figure holding the fort together at the back and an unmarkable, surging runner from deep. And he's starred in each role.

Defining moment: Jesus, take your pick. Jim McGuinness always spoke about his team not holding back, playing with no fear. Lacey played football with no inhibitions and showed the way for Donegal in every game. His last-minute performance against Kerry - scoring and winning the last ball - marked a famous win for the county and gave them the platform to go on and clinch the All-Ireland. 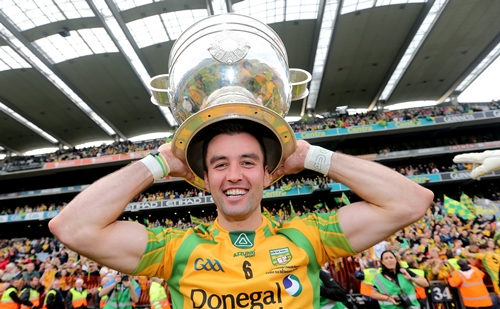 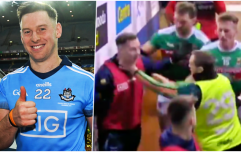 END_OF_DOCUMENT_TOKEN_TO_BE_REPLACED

Himself and Ronan Clarke were absolutely destructive.

McDonnell patrolled inside lines with indiscriminate authority. He owned football fields and, even being double-marked, pulled and dragged, he found acres of space when he only needed a half inch. Could turn either way, could kick off either boot. He was a joy to watch.

Defining moment: Kicking his county to their first and only All-Ireland.

The best wing back of a generation?

Tomás Ó Sé is different gravy. The Kerry defender had it all. He could scale the pitch in seconds, he could service a frightening forward line on cue and he could kick scores with the best of them.

For as long as twenty-somethings nowadays will remember, the Kingdom's number five jersey was hogged by Ó Sé who showed off just how much talent there was in his county that a player of that attacking guile and class was playing in the back line.

Defining moment: Absolutely raided the Cork back-line in the 2009 All-Ireland final as he charged from back to front to kick two scores and avenge their Munster defeat to their fiercest rivals. 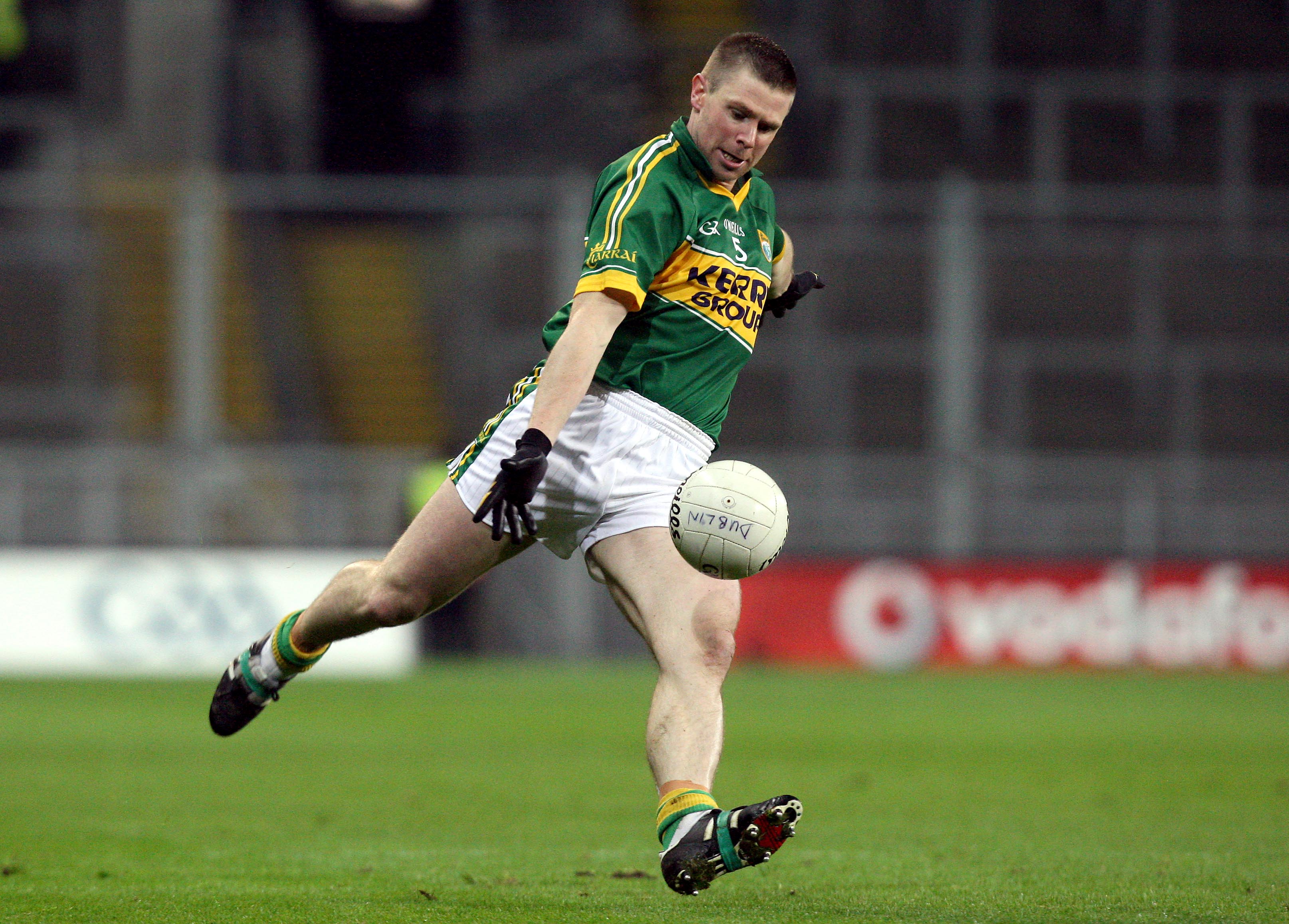 One of the most influential players the game has ever seen. Tyrone's dominance during the noughties hinged on their centre half-forward.

He controlled the pace of every game he was involved in, he kept Stephen O'Neill and Peter Canavan filled to the brim with relentless service on a plate, and he simply couldn't be picked up as he drifted all over parks of Ireland to find space and weave his wand. A runner, a passer, a scorer. With one of the deadliest minds to boast.

Defining moment: Stepped up about four gears in the first round in 2003 as Tyrone were almost knocked out of Ulster straight away by a Paddy Bradley-inspired Derry. With Mulligan and Canavan tied up, McGuigan was the one that Derry couldn't handle and he rescued a draw to keep the Red Hands in Ulster and their first march to the All-Ireland still in tact. 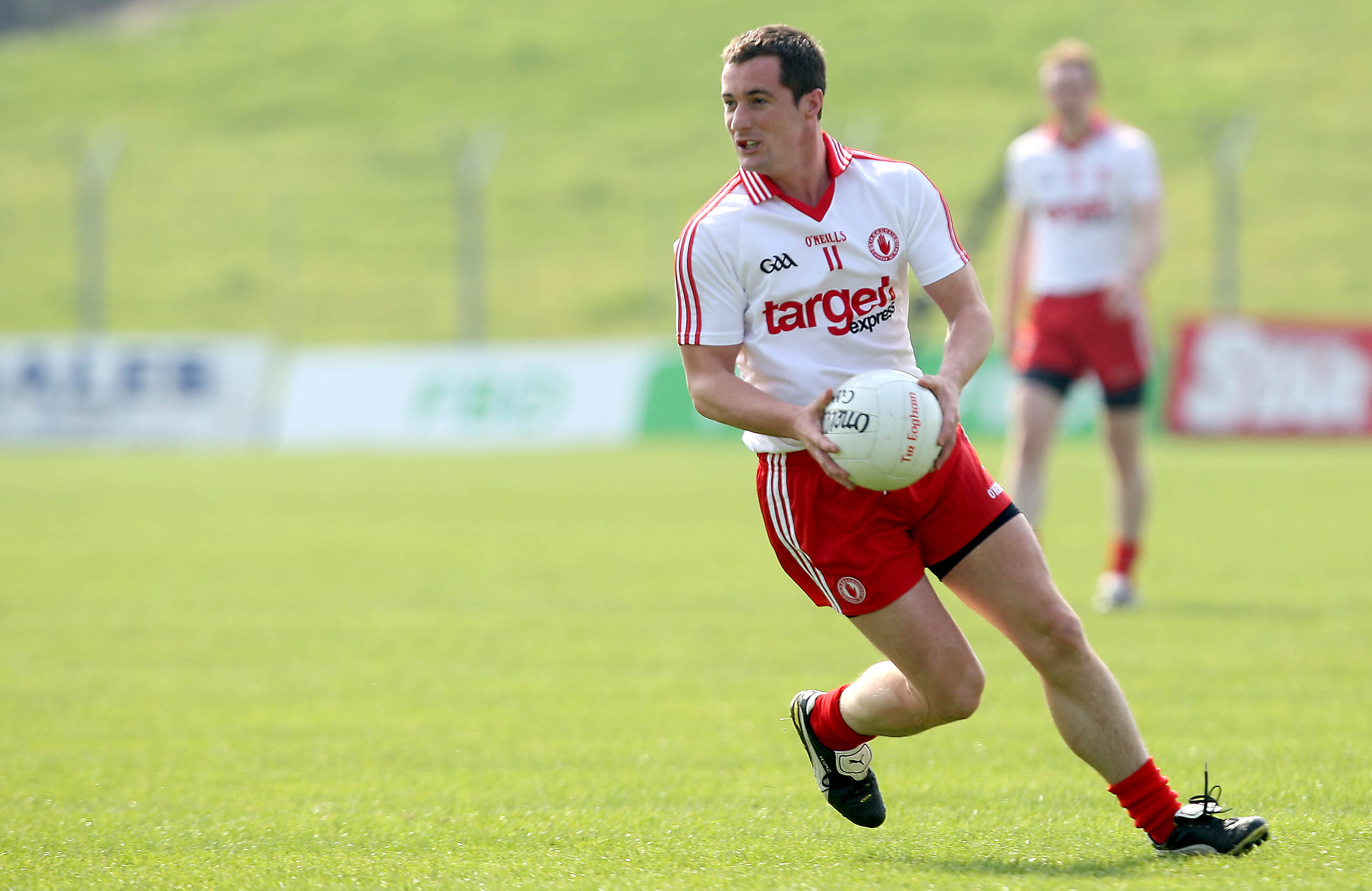 Colin Corkery never got his All-Ireland with his county but, by God, he inspired enough young footballers all over the island during his decade and a bit with the Rebels.

Perhaps the most accurate player of his time, his feet were merely acting out what his brain had already imagined.

Defining moment Came back from Australia and straight into the Cork team. Scored 2-5 against Clare in the Munster championship and announced himself to the country with a thunderbolt first goal. They got his name wrong back then in 1993. They never would again.

Is there a more complete footballer?

Michael Murphy might be big, strong, fast and direct. He might be uncompromising and just a plain, old bulldozer at times. But to say that is the extent of his talent is punishable by death.

The All-Ireland winning captain has everything required to reach the summit that he has long since passed. He kicks off both feet, he fetches ball in the air better than anyone and he lands passes on a sixpence from downtown. His outside of the boot is the closest thing to Maurice Fitzgerald that we've ever seen and his set pieces, from either wing from any distance are technically unbelievable.

Defining moment: Took all of two minutes and 24 seconds to rattle the roof of the Mayo net and lead Donegal to their first All-Ireland title in 20 years. 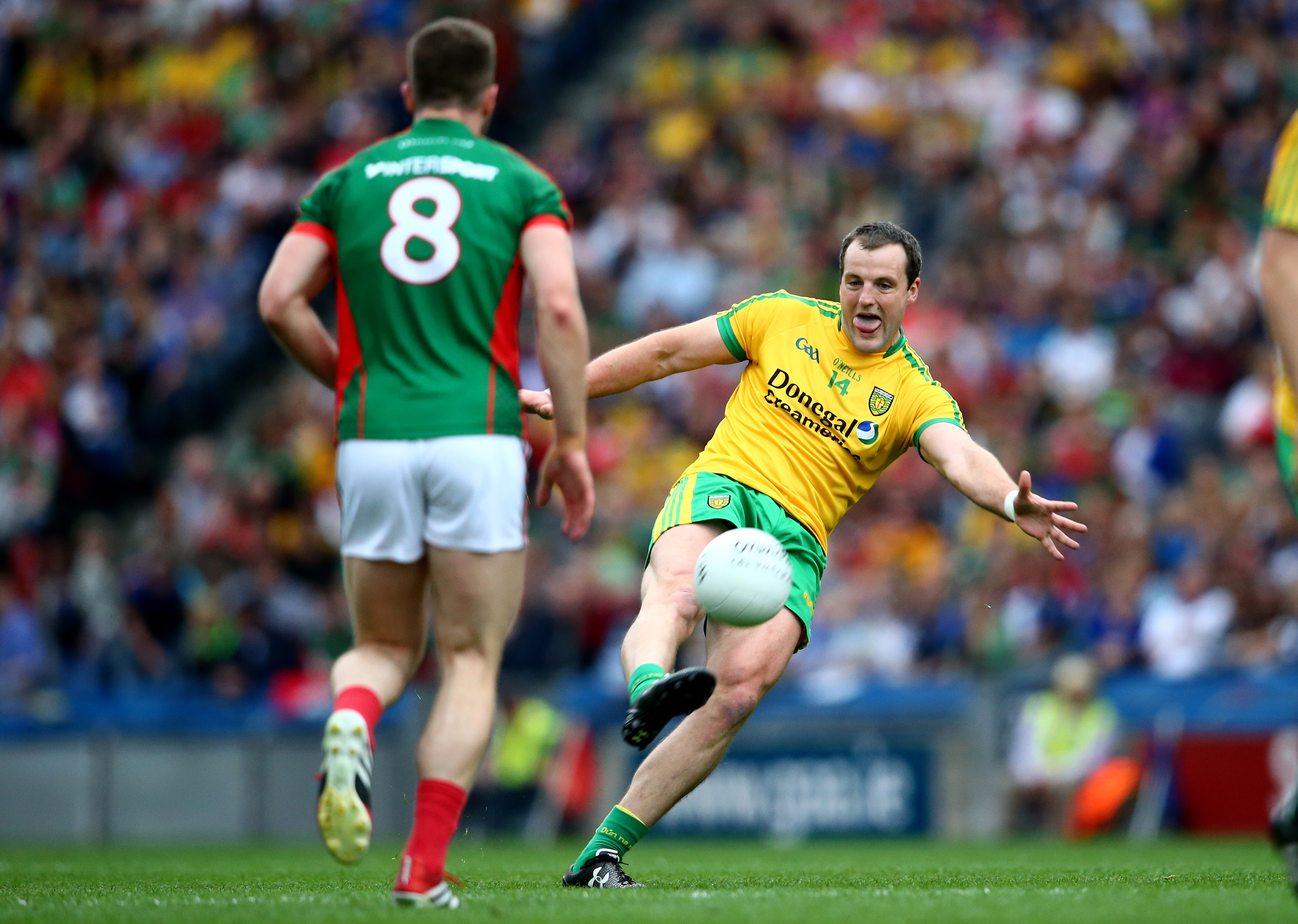 A forward who could genuinely play in either position in the attacking line, O'Neill was just as good at creating as he was at splitting the posts.

Defining moment: Not that he needed to wait so long for a defining moment because as soon as he pulled on a county jersey, it was right. But this moment of pure magic against Kildare was something special.

Need to know who's number 1? Find out here.


popular
Dustin Poirier annihilates Conor McGregor to earn stunning UFC 257 victory
McGregor's first words to Poirier after defeat show where the damage was done
Khabib Nurmagomedov reacts to Conor McGregor's shock UFC 257 loss
Jolie Poirier certainly let her voice be heard after her husband's win over McGregor
Pics: People are accusing Conor McGregor of stealing his image from a Canadian model
Khabib Nurmagomedov perfectly predicted how Poirier would defeat McGregor
Roy Keane's first impression of Cristiano Ronaldo proved to be very accurate
You may also like
1 month ago
"Outstanding refereeing" - courageous ref praised after under-20 final
1 month ago
Mutual respect between Fitzsimons and Keegan a stirring sight
1 month ago
Dublin and Mayo players clash in tunnel at half time
1 month ago
6-in-a-row for Dublin as they beat Mayo again
1 month ago
Mayo know what's required to beat Dublin... but it could get dicey
1 month ago
"It’s important to remember our roots, where we all came from.”
Next Page