GAA Hour: How to mark Andy Moran; Niall Sludden the 'monster'; Chrissy McKaigue on the line

Mayo have found a forward.

They've found a forward - a 33-year-old wonder - from Ballaghaderreen who goes by the name of Andy Moran. 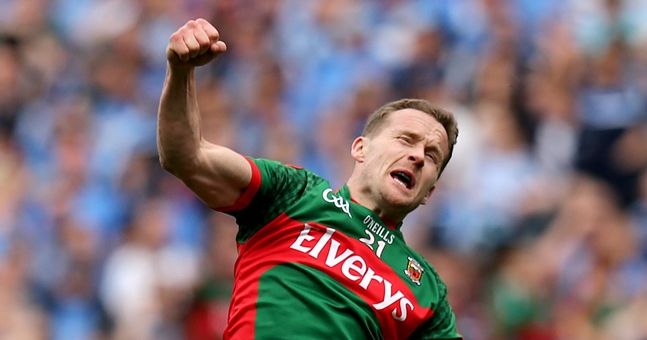 Mayo are back from their Pat Spillane-declared death and it just so happens that it was Kerry who felt the full force of their backlash. At the front of it all was Andy Moran.

Poor Mark Griffin had a torrid time trying to keep tabs on the forward but the lads on The GAA Hour think they've figured out the best way to keep Moran quiet - at least quieter than normal.

On top of that, there's some gushing over Slaughtneil's Chrissy McKaigue - who joins us on the line - after a performance that had some of us believing in magic again.

And Niall Sludden... holy Christ. Listen to it all below.


popular
"I remember someone saying, 'This guy's the best of the lot of them. Just wait for him'" - Brian O'Driscoll
"I trained with a guy that was born in 2004 the other day. We reckoned Earlsie could be his father!" - Peter O'Mahony
Nigel Owens on most annoying players to referee (three of them are Irish)
Six All Blacks but no Ireland players in world's top 20 list headed by Antoine Dupont
The story of the GAA's greatest ever minor
"I asked one question and lads slagged the arse off me!" - Johnny Sexton on Roy Keane chat
Longford GAA movie explores the tale so many young footballers can relate to
You may also like
1 month ago
James Horan hits out at "bonkers" stories and "incredible" claims after Mayo's All-Ireland loss
2 months ago
"Mayo have been back and back and back all the time. That's some resilience, to do that." - McGeary bats for Mayo
2 months ago
"Jesus, the man deserves an All-Ireland medal, but it doesn't look like he's going to get one now"
2 months ago
"There were murmurs that he didn't have it on the big days" - McCurry's redemption
2 months ago
James Horan stuck in a moment he can't get out of
2 months ago
O'Hora the unluckiest absentee as The Sunday Game names its team of the year
Next Page