"There comes a stage when you're constantly being fouled, you have to put manners on your man"

Everyone wants to be a forward, isn't that the case?

From pulling strings at No.11, à la Greg Blayney, to operating as the bear in the square like Bomber Liston, the glory of the game lies in the forward line.

END_OF_DOCUMENT_TOKEN_TO_BE_REPLACED

Whenever the dinner debate turns to the topic of who is the greatest, most people tend to pick a forward. Think Spillane, Canavan, Keaveney, Brogan, Cooper. The defenders don't get too much of a look in.

The glory comes at a price though.

Defenders will consistently get away with things on the pitch. Little niggles here and there go 'unnoticed' by officials, much to the forwards dismay.

END_OF_DOCUMENT_TOKEN_TO_BE_REPLACED

When a player in possession is consistently being fouled, and no repercussions occur, something has got to give. More often than not, it ends with the forward lashing out. In turn, they end up being the one disciplined with a big fat red card.

It's unfair, but it continues to happen. Daniel Flynn suffered at the weekend because of it. 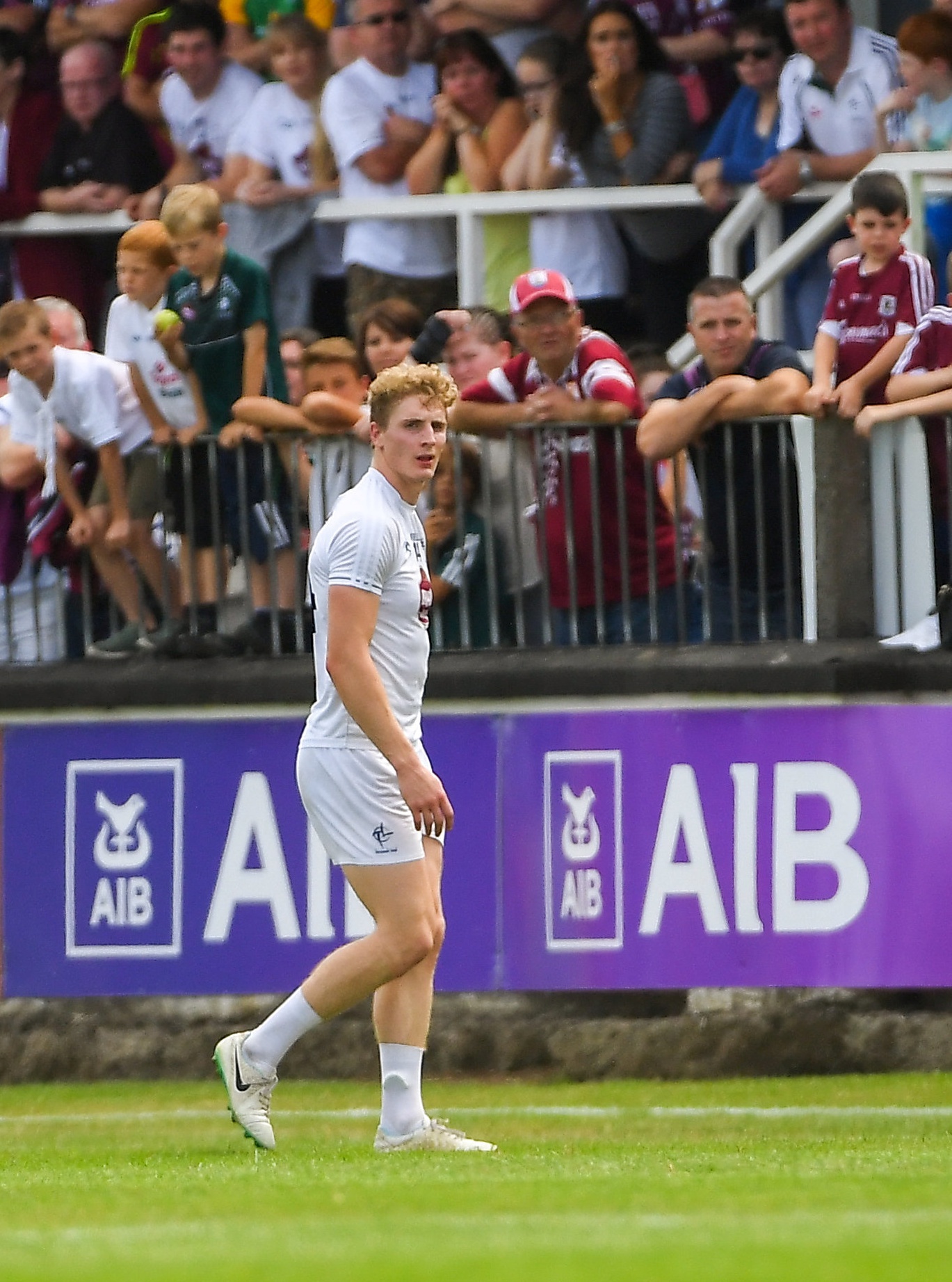 The topic of conversation came up on The GAA Hour. Speaking on the matter Colm Parkinson said,

"There comes a stage when you're constantly being fouled, this is going back years, you have to put manners on your man. Are you gonna stand for this the whole game? So, Daniel Flynn has to go at some point this lad's gonna get a bit of a clip off me. O Ceallaigh has to learn that he can't get away with that and if the ref isn't gonna help Flynn, does he have to put up with that the whole game?"

Cian Ward knows all about this style of play having spent his career as a key forward on Meath teams.

"When you're Daniel Flynn in that scenario, this isn't an isolated incident in the game, any time he goes to make a run, he's being checked, he's being dragged, he's being pulled."

Ward continued, "As you would expect the defender to do, he's making life as hard as possible, but ultimately, if he's fouling Flynn the officials should be giving Flynn a free.

Now what happens is, over the course of a game this might happen one time, a second time, a third time and your like 'Jesus lads, I'm getting pulled and dragged and you're doing nothing about it'. So the obvious thing is you take the law into your own hands, and this happens all the time." 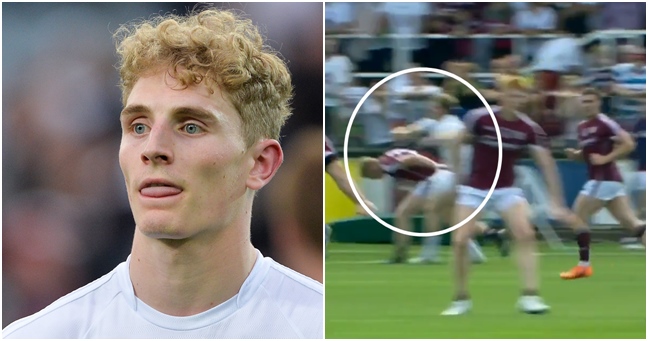 It has been happening in the game for as long as we can remember. Forward's are being punished for trying to play, and defender's get rewarded for niggling at them.

Broaching the subject Wooly said, "That's the law of the land, you know from years of playing it, you're thinking to yourself, 'I'm gonna have to do something to this lad here, this can't continue'."

Wooly made a great point when highlighting that the linesman was the one who picked out Flynn for his indiscretions, but the defender gets off with it.

"Why is he so quick to pull a forward for pushing him off aggressively, and you could say a borderline red card, but why is the defender getting away with all this nonsense."

Indeed it seems to have become an accepted part of the game that officials will let go, it doesn't make much sense though, whether on the ball or off the ball, player's have to be disciplined for consistent fouling. If the referee doesn't do it, then the opposing player ultimately will. 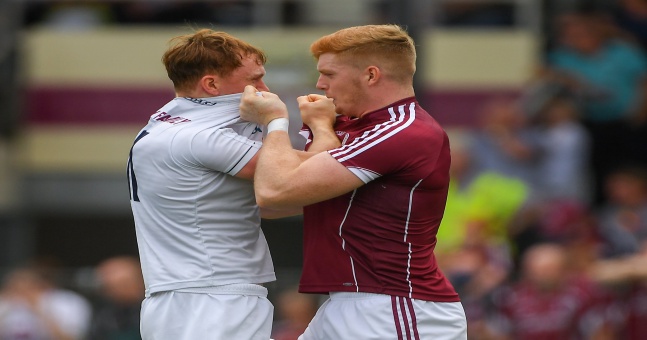 Cian Ward highlighted Kevin McStay's obvious issues with the officials on Saturday that ended up seeing the Roscommon boss banned for 12 weeks.

"It does drive people mad, I think Kevin McStay lost the plot with the linesman as well, because they can clearly see what is happening and their not informing the referee, who maybe can't see it. There is definitely a massive sense of injustice"

Both lads agree that the striking rule needs to be looked at, in order to make the game fair for all.

"If some guy has a hold of your jersey and you strike his arm to get it off, how in the name of God could that be considered an offence, it is a strike, but you're not throwing a punch at his head or his body. He's illegally holding onto you and you're trying to get him off" Said Ward.

Wooly's take on the issue is that a forward shouldn't be punished for lashing out when being fouled.

"I think when you're being fouled you should get the yellow," he says, "if it's unprovoked obviously it's a red, it's dirty."


popular
The four stone-cold certainties for All-Stars even as early as this
Kylian Mbappe reportedly wants PSG to sell Neymar
Eamon McGee just couldn't help himself with Armagh-melee tweet
Gavin Coombes one of four Irish players to push themselves into Test picture
"The economy was one of the big reasons" - Cadogan's move from an electrician to personal training
"He's actually smiling putting the ball over the bar. He should nearly be fainting." - Ryall on Limerick's legacy
Richard Keys tears into Gary Neville over 'nonsense' new book
You may also like
7 months ago
"He's still following this soccer dream but for me he should be coming back to GAA"
7 months ago
"Football has to be about risks" - The GAA Hour discuss the issues with the Donegal club football final
7 months ago
Drama in Antrim as semi-final may have to be replayed due to error with extra time
8 months ago
Mickey Graham admits that he was "disappointed" that Proposal B was defeated
8 months ago
GPA CEO Tom Parsons believes that the league-based championship is the future of Gaelic football
9 months ago
Darran O'Sullivan says that Kerry fans are "50/50" about Jack O'Connor appointment
Next Page