GAA committee has ruined the only good rule change they had

Back in October 2, the Standing Committee on the Playing Rules proposed five rule changes for Gaelic football.

Now, bearing in mind that this is the biggest, most popular sport in the country, any potential rule change should stand up to robust scrutiny and should absolutely be justified with rationale and sense.

But the actions of the GAA committee were defended because there was a nice stat floating around - they analysed 322 games.

It shows that there were at least some hours put into the process, if not an awful lot else.

And yet, even after all those games were dissected and stats were pulled from them, meetings were had and reports were drawn up, the five rule changes that the Standing Committee brought forward in October were torn apart. As it stands today, four of them have either been altered or scrapped. That's good in a way that they'll listen and show flexibility but it's not good enough that changes which don't stand up can even be part of a serious conversation in the first place.

The only one that remains untouched from October 2 is the most extreme of them all, the three hand pass limit. Even after almost 96 per cent of players surveyed by the GPA voiced their opposition to that rule,  it's been pushed through untouched.

When there were and are huge problems with all the rule changes and some threatened to actually slow the game down or make it more defensive or just change how the sport is played, the offensive mark was one of the few proposals that met little opposition.

It was one you could definitely trial without fear of upsetting how the biggest game in Ireland is actually played. It would reward a catch in a crowded area beneath the posts, encourage a long ball in and ensure men like Aidan O'Shea or Kieran Donaghy aren't beaten up every time they come down from the sky and the ref turns a blind eye because they're big man and there's an unspoken agreement where you're allowed to beat the shite out of big men. 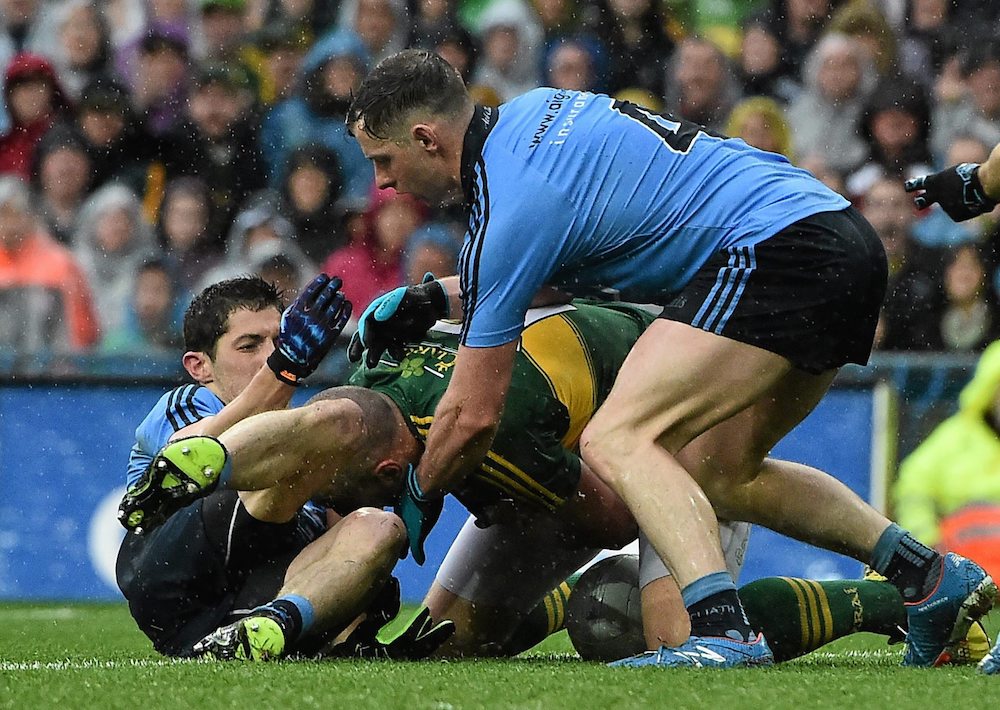 The rule is called The Advanced Mark.

So you can actually punt pass the ball to someone standing 35 metres out and they can stop the whole game and take a free. For catching a ball in their chest.

Dean Rock will have a f**king field day.

The offensive mark spawned from an idea of Colm Parkinson's where he proposed a zone around the goals where a full forward could be rewarded with a mark if he wanted one for catching clean a ball kicked from beyond the 45'.

As one of the biggest advocates for the rule changes, Wooly was rocked when he was told about the amendment to the offensive mark on Thursday's GAA Hour.

"They’ve changed it," he said.

"I don’t like that at all. I think that completely changes [the rule].

"You have to remember this is my fecking rule! This is my idea, this was my idea and it has been changed.

"That is not what I was intending on doing."

But, like most of them, it has been altered. Now, the county teams will have to try them out and the refs will have to implement them. Thankfully, there will be another review before the national league but that this flip-flopping is happening and whimsical ideas are being forced on the country's biggest sport is frightening.