The posts were shaking and the ball wouldn't sit still but, inside, the dome was empty.

Funny one that. The Galway and Mayo under-20s have had a fierce rivalry in the last couple of years and, on a wet and windy night in Bekan, Wednesday's semi-final turned into another slog of an arm-wrestle.

It was a low-scoring affair for a finish but if you'd seen the conditions at the start, through the clogged lens of a brave TG4 camera-person, you'd hardly have been expecting anything else. 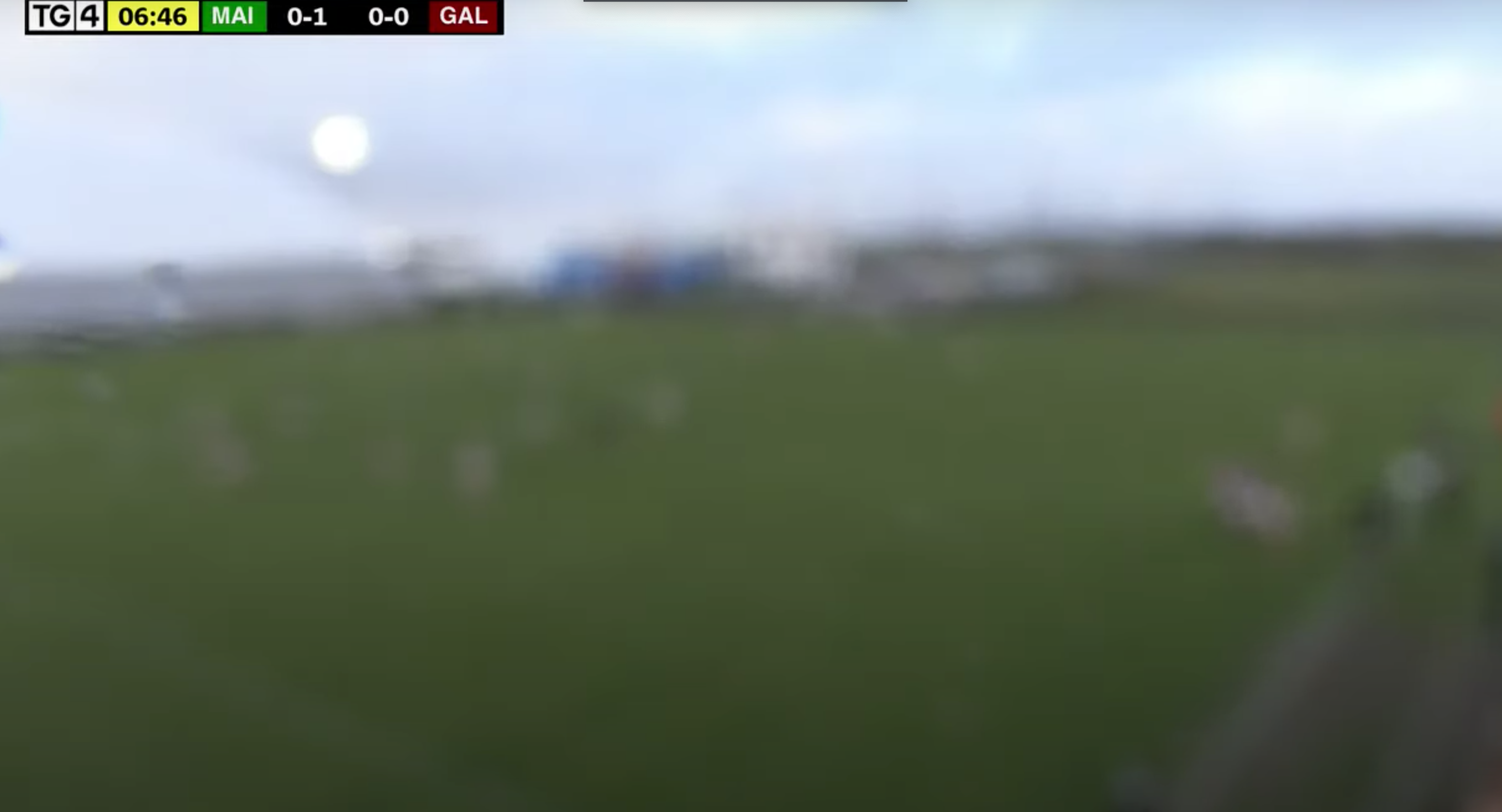 END_OF_DOCUMENT_TOKEN_TO_BE_REPLACED

The rain eventually blew off but on as open a pitch as you're going to find, a ground that exposes itself as a prime target for the famed west of Ireland gusts, the wind howled and howled and it howled.

It howled to the extent that the posts were shaking in front of a ball that blew around with the freedom of a kite in the sky. By the second half, it had picked up so much that, at one stage, sick of looking at the ball rolling away from him, the Galway goalkeeper called on his full back to keep a finger on on it as he kicked it out. It's not too often you see a conversion without a kicking tee on a GAA pitch.

To both teams' credit, they put on as good a show as you could expect in the conditions. It was Mayo who won the battle this time though with Jack Fallon's second half goal giving them a lead that they never looked like relinquishing. James McLaughlin scrambled home a late goal for Galway but the bragging rights went the other way this time, and it's Mayo who have a Connacht final to look forward to.

END_OF_DOCUMENT_TOKEN_TO_BE_REPLACED

There were a few people scratching their heads as to why, with Ireland's only indoor GAA pitch just yards away, this game wasn't played in there but that was because the game was due to be televised. The cameras were set up outside and, as the Connacht council told us this morning, it couldn't be changed at such late notice.

Funny one that, with the posts moving and the ball rolling away it was so windy, Galway and Mayo u20s played on the outdoor pitch in Bekan.

Meanwhile the only indoor GAA pitch in Ireland is right beside them 😂 pic.twitter.com/C5AcCyWgbI

Elsewhere, Limerick snatched victory from the jaws of defeat in the Munster U20 hurling championship, thanks to a late Cathal O'Neill cameo. The powerful forward, a member of the county's senior panel, scored a late 1-1 to over-turn Clare's three point injury-time lead.

45 seconds of brilliance from @LimerickCLG Cathal O'Neill at the death, was enough to snatch victory from the jaws of defeat tonight in the Gaelic Grounds. #gaa #U20Hurling pic.twitter.com/uo7hmpn5ab

It was a sickener for the Banner and it's Limerick who march onto the semi-finals after a 3-7 to 0-15 win.

Credit to TG4 sport for both video clips.


popular
Eamon McGee just couldn't help himself with Armagh-melee tweet
Robert Finnerty's strut up to the penalty spot was the stuff of legend
Strongest Ireland team to face New Zealand in Test opener, after squad set-back
How Man United would line-up if they land their big summer transfer targets
Conor Gleeson's gesture to heartbroken Ethan Rafferty a tonic after sideline brawl
Andros Townsend claims 'moaning' Jurgen Klopp has 'got his way again'
Ireland include plenty of new faces in team to face Maori All Blacks
You may also like
2 months ago
Sligo's inspirational captain dedicates Connacht title to Red Óg Murphy and his family
2 months ago
Orla O'Dywer becomes first Irish female to win AFLW All-Star as Staunton somehow misses out
2 months ago
"The Aussies were brutal, they'd call you all sorts of names" - Hanley on sledging in the GAA
2 months ago
After all the mouthing, O'Hora admits defeat and pays his respects to outrageous Clifford
2 months ago
Allianz League final media event cancelled because of GPA protest
3 months ago
Reception for Keith Higgins and Hurling for Hope crew in Ballyhaunis will make you proud to be part of the GAA
Next Page