This is everything that's wrong with GAA development squads.

At their best, GAA development squads brings groups of young players together who would not normally meet, and help enhance their football ability as well as introduce them to a new world of discipline, high performance, and all within a positive environment.

At their worst however, these development squads have the potential to not only prevent young players from progressing as footballers, but actually drive them away from the sport entirely.

This week, four young GAA players have been dropped from the Offaly U14 development panel, because they missed training to play a soccer match. 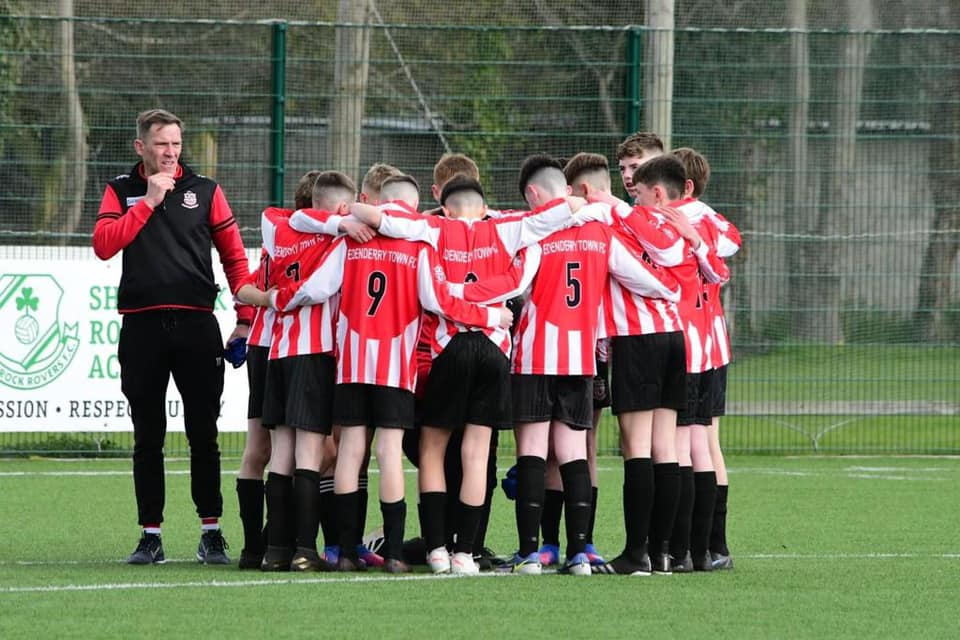 END_OF_DOCUMENT_TOKEN_TO_BE_REPLACED

This isn't a joke - the Offaly management genuinely decided that this was the necessary consequence for young lads that are 14 or under, because they are playing multiple sports.

You hear all the time from these 'experts' who continuously ramble on about the importance of playing multiple sports growing up, and the benefits it has, not least because it prevents Gaelic football from becoming a chore rather than a choice for these teenagers.

However, when these same people are put in charge of the youth, the ideal thinking goes out the window, and it becomes a power trip of 'my way or the highway.' 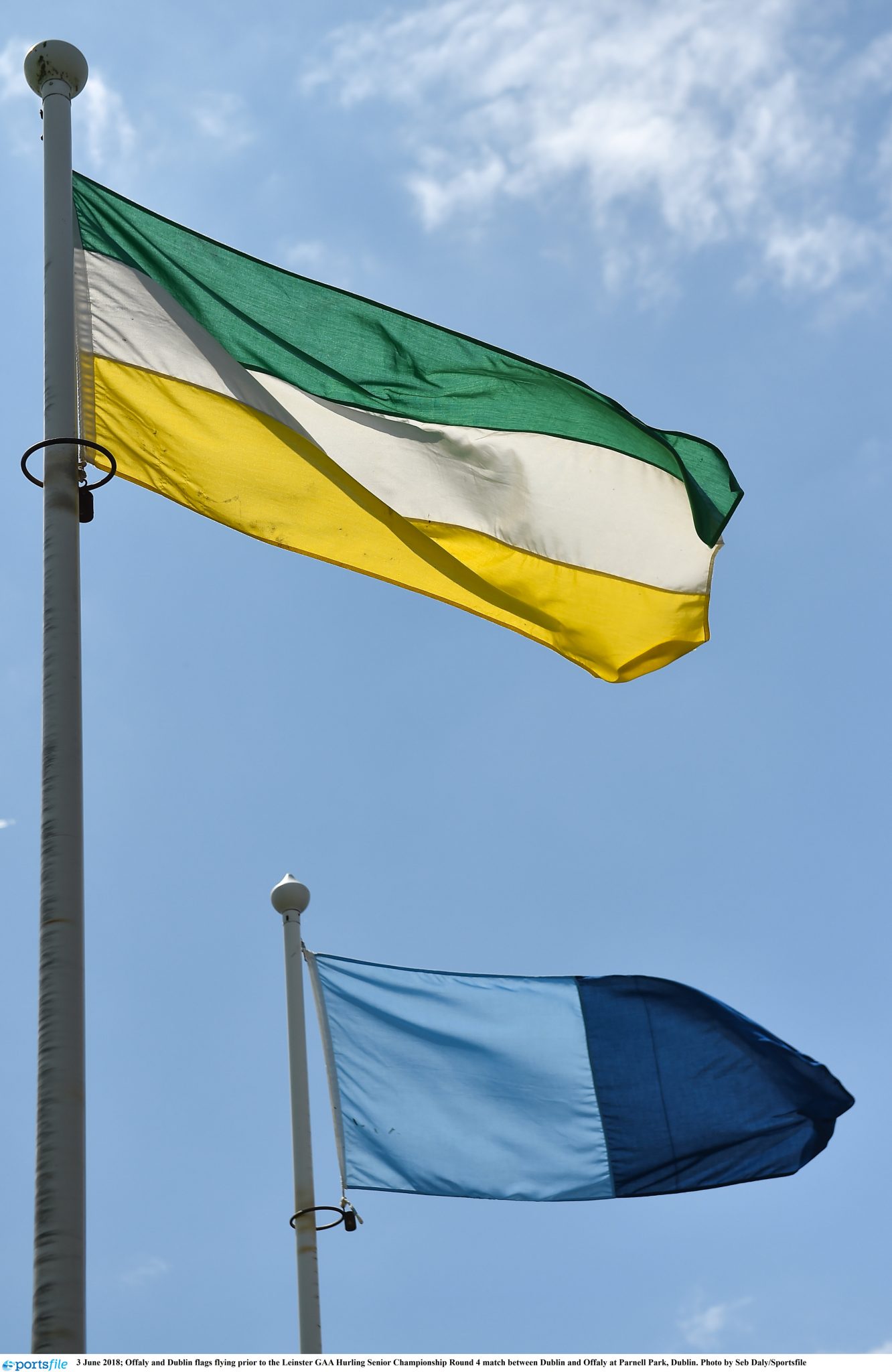 END_OF_DOCUMENT_TOKEN_TO_BE_REPLACED

Three players from Rhode GAA and one from Edenderry GAA played a soccer match for Edenderry Town FC, which meant that they missed an Offaly U14 development squad training session with the underage Director of Football within Offaly GAA and U20 All-Ireland-winning manager, Declan Kelly.

Apparently the reason they were dropped was because they missed a training session, and not because they played a different sport.

I almost can't believe I have to explain this, but they missed the training session, to play a different sport - if they were allowed to play different sports, then surely this would be expected? 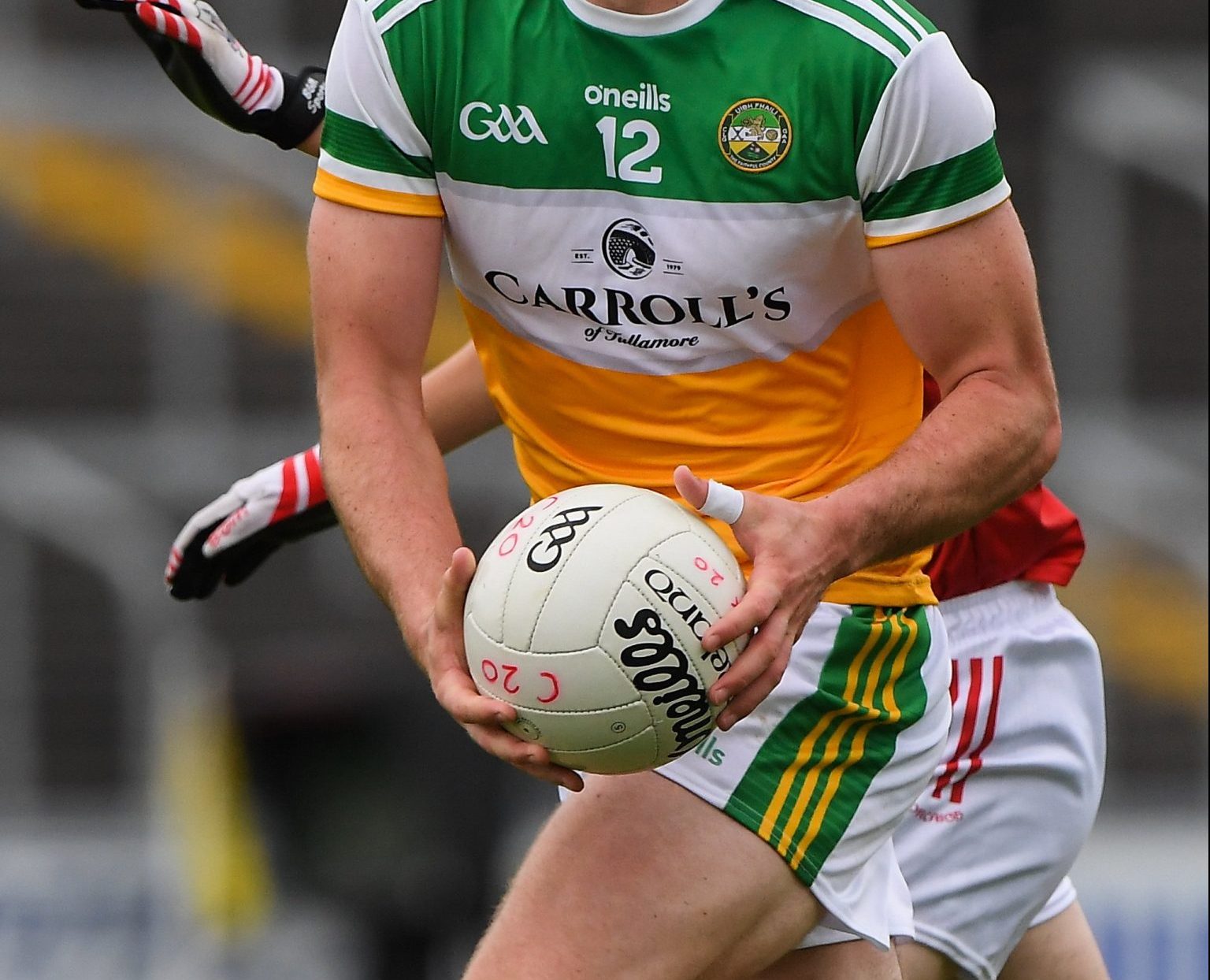 END_OF_DOCUMENT_TOKEN_TO_BE_REPLACED

Then add in the fact that you're maybe playing for your age group and the age group above in one of those sports, and then - as in this instance - you're also involved in a county panel, so there's even more training and matches.

Obviously at some point you have to start dropping one of the sports, but not when you're 13! Anyone who is in a position of power and is forcing these young athletes to make this decision so soon, needs to get their priorities straight. 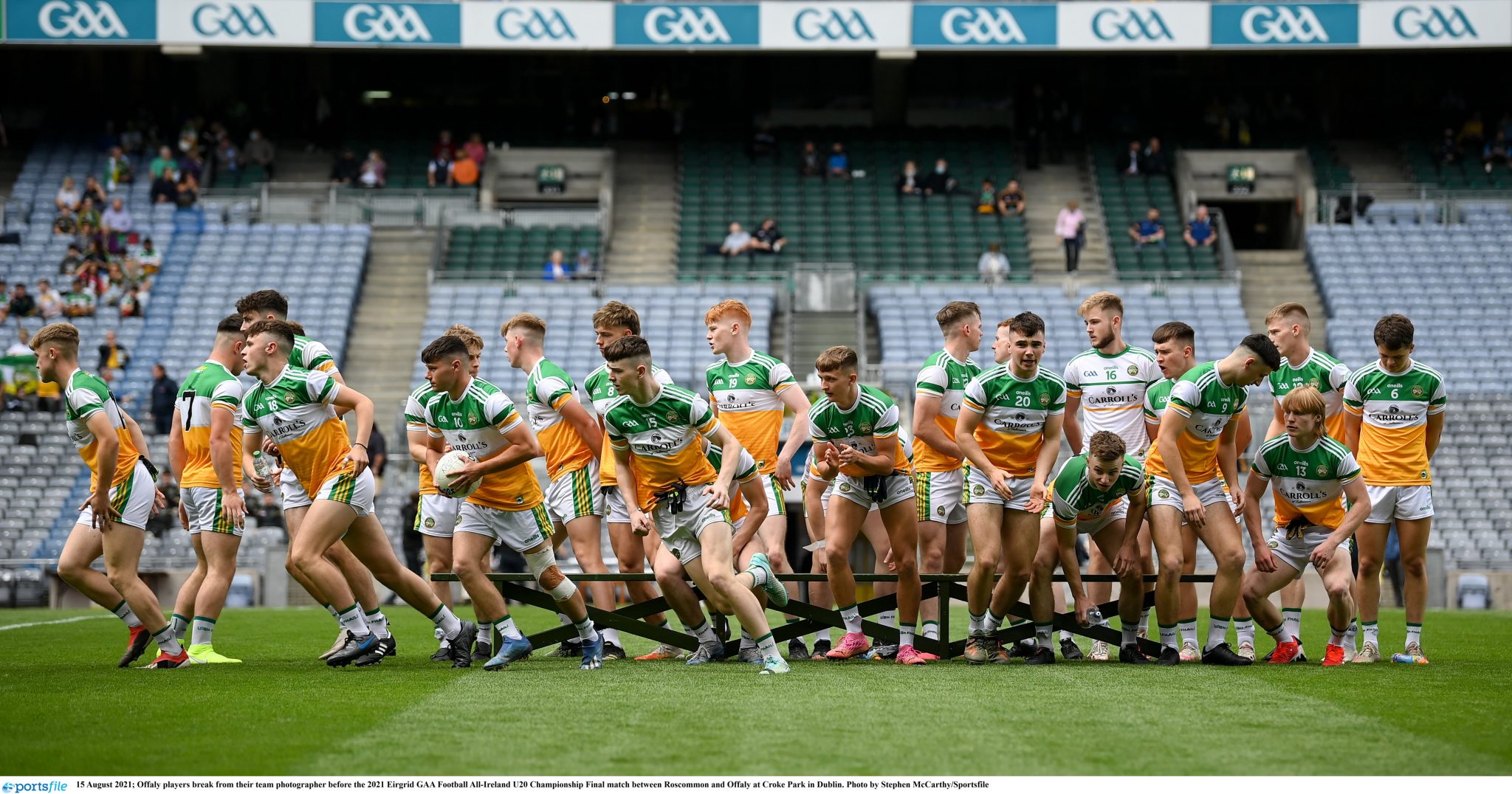 Everyone knows that at that age, when it comes to making decisions on what session to attend, matches always trump training.

If these lads had have chosen the soccer game over an important Gaelic football game, it is a slightly different story, but this was just a training session.

One of the parents spoke to the Offaly Express about what he described as a "disheartening" situation.

"To say all the lads and their parents were devastated is an understatement, my son was absolutely thrilled to be picked [for Offaly GAA U14 football development squad]. He loves the game of football and plays with the Rhode U15s," he explained. 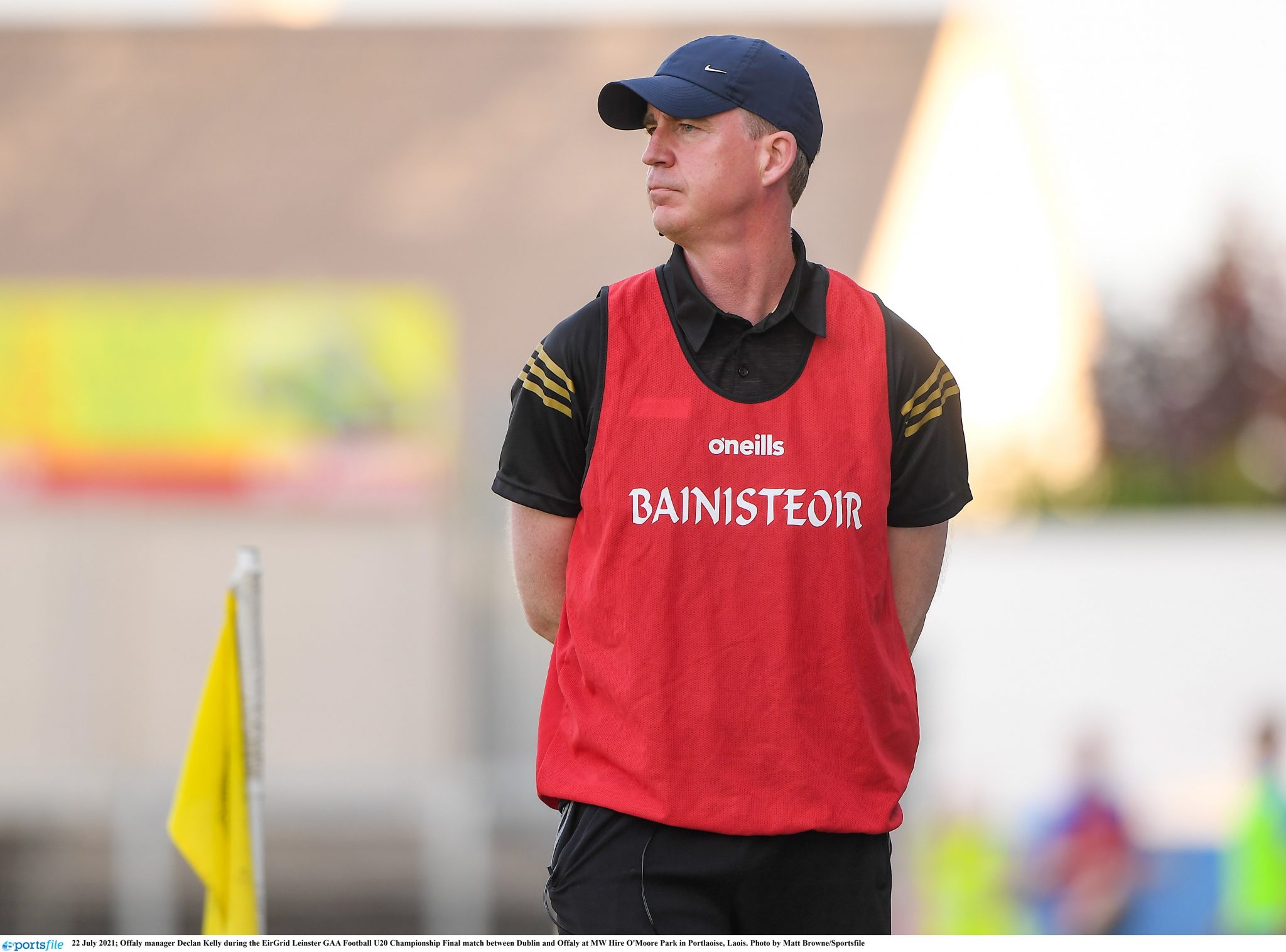 "At no stage were they ever told they could not play another sport as being part of the Offaly development squad. These young lads are trying their hearts out to make this Offaly panel," he added.

Agreements signed by parents of players on the panel include a list of required codes of conduct.

This code states that Offaly Development Squad playing rights are dependent on adherence to a number of rules, one of which is to "attend the trainings punctually, behave with self-discipline and give notice to the Coaching Officer of and reasons for any absence".

One of the parents said: "We filled in the attendance forms as not being available which was all above board."

The code of conduct signed by parents also states: "Should a player fail to adhere to any of the following Offaly Development Squad Rules, they and their parents may be invited to a meeting to discuss their conduct with the Offaly Coaching Officer." No such meetings took place regarding last Saturday's issue and the ultimate release of these players from the panel. 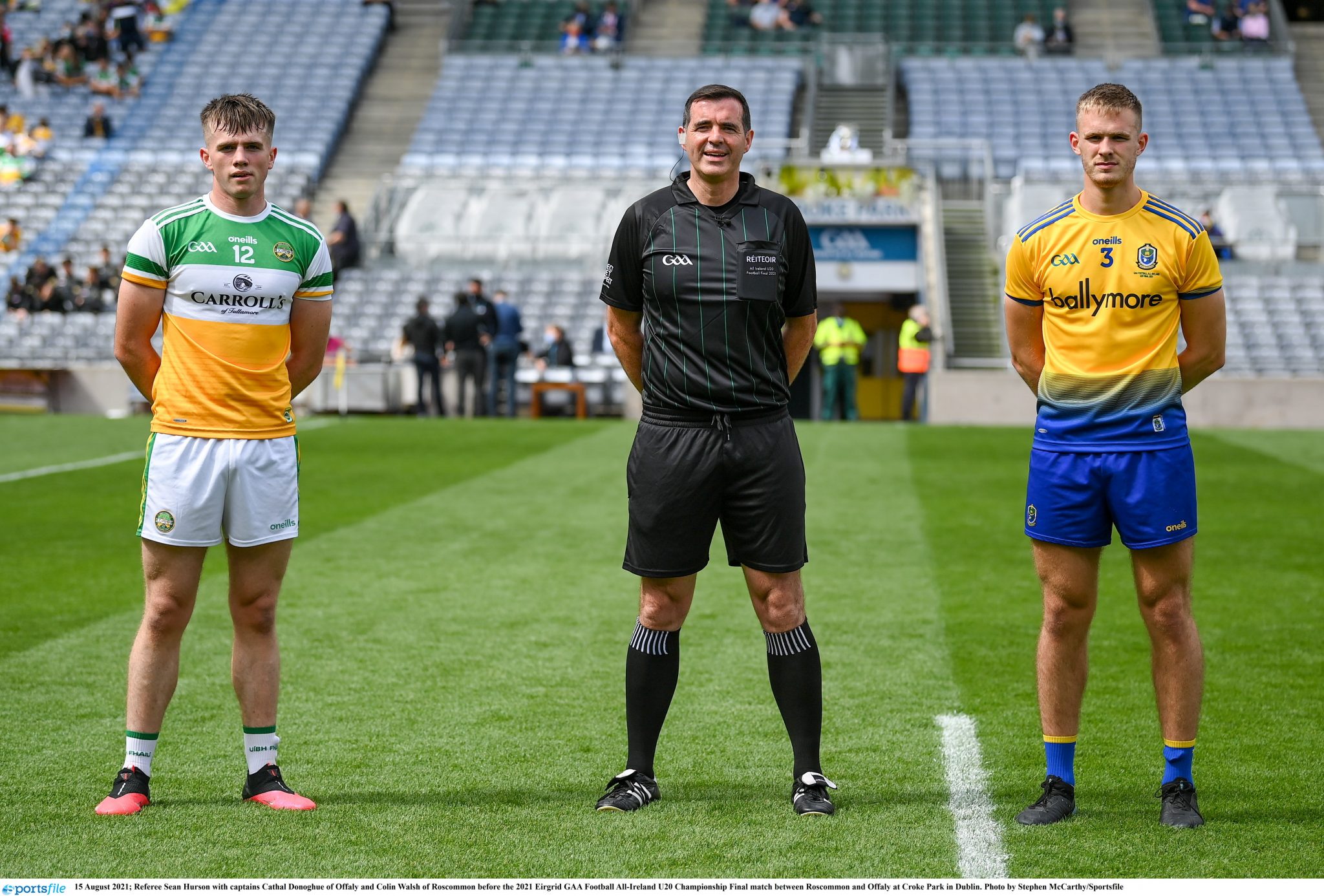 Offaly beat Roscommon in the u20 All-Ireland final

Offaly GAA responded: "Offaly GAA’s prime objective is to promote Gaelic Games in Offaly with many dedicated volunteers working very hard to promote participation and improve skill levels in our clubs in conjunction with raising the playing standards at county level.

"In 2022, Offaly Coaching and Games made a commitment to revamping the Offaly GAA Elite Player Pathway (Development Squads) with the express purpose of developing a player pathway to improve our young players.

"This involved putting a structure in place to identify underage talent and develop a framework to facilitate committed young Offaly players towards becoming future Senior Footballers and Hurlers.

"Our Coiste Na nÓg committee and Coaching and Games committee combined to oversee the Offaly GAA Development Squads in 2022. A representative from every underage structure in Offaly is represented on the committees to ensure proper communication to clubs, teams, parents and coaches. This process is to ensure we identify all potential development squad players in Offaly.

"Panels were selected by the management of each development squad based on the performance of players at these blitzes. A fundamental aspect of our Development Squad pathway program is that the players on the squads must commit to attendance at our training sessions and matches," the spokesperson added.


popular
Roy Keane's issue with Argentina star could rival Graeme Souness and Paul PogbaA~WQA~~~~~~AAAA
Lionel Messi makes Gary Neville eat his words after "silk pyjamas" comment
Roy Keane cracked up Ian Wright and Gary Neville with England team spirit remark
Roy Keane takes moment on TV to pay tribute to his old team in Cork
'I was so stressed the week before the All-Ireland and I ended up having a panic-attack' - O'Shea and O'Sullivan open up
Roy Keane shoots down ITV presenter's 'excuse' for England's draw with USA
The nine England World Cup footballers who could have played for Ireland
You may also like
2 weeks ago
Munster, Connacht and Ulster GAA clashes stack your TV guide this weekend
3 weeks ago
Jamie Clarke takes sabbatical from soccer to commit to Crossmaglen
3 weeks ago
Paul Finlay reveals secret to high performance in your late 30s
3 weeks ago
The one moment that shows why David Clifford is the best player around
4 weeks ago
Quiz: Can you name these intercounty GAA teams from their nickname?
4 weeks ago
The five most unlucky players to miss out on an All-Star
Next Page