This Friday, get along to Parnell Park for a real treat.

The Underdogs has confirmed their final squad for Friday's challenge game against All-Ireland champions Dublin.

GAA Beo, on TG4, will provide live coverage for the series finale from Parnell Park on Friday. The broadcast will start at 7:20pm, with match throw-in at 7:45pm.

The Underdogs team is managed by former Galway captain Ray Silke, former Cork Ladies footballer Valerie Mulcahy and former Kerry footballer Paul Galvin. The Underdogs is 'a unique group of players, from different GAA clubs all across the country and these footballers have never played at senior inter-county championship level before'.

A sweeping TG4 release on the upcoming clash reads:

'Over the last few weeks we have seen the players’ trials and training and listened to them tell their own stories on the Underdogs series on TG4. Now, after months of preparation and intense training they are ready to take on the Dubs.

'The original Underdogs series began on TG4 in 2003 and launched the careers of a number of All-Ireland champions, not least Kerry powerhouse Kieran Donaghy and Cork’s Pearse O’Neill.'

"I think the concept of Underdogs is a great one," Dublin boss Jim Gavin says, "and we're looking forward to playing this unique game under lights in Parnell Park, against this team of aspiring inter-county footballers." 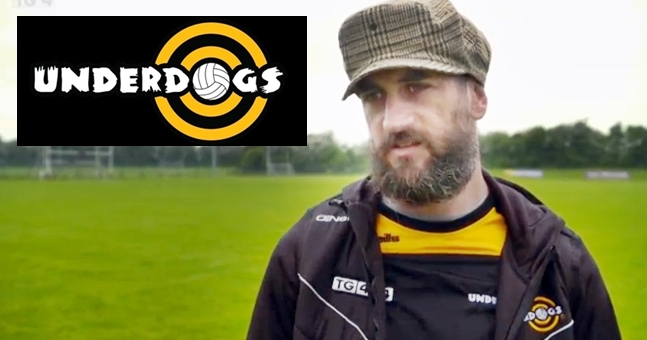 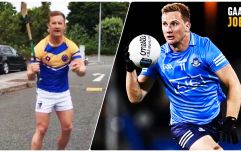 "It was my real purpose during lockdown"

END_OF_DOCUMENT_TOKEN_TO_BE_REPLACED

TG4 are also showing live coverage of the Donegal Senior County Football final between Gaoth Dobhair and Naomh Conaill, from Mac Cumhaill Park, Ballybofey. The show starts at 3:30pm, with throw-in at 4pm. Following that, there will be deferred coverage from Clare Senior Hurling County final twixt Ballyea and Cratloe from Cusack Park, Ennis.

Tickets for the Underdogs vs. Dublin game are available on www.tickets.ie


popular
Lock yourself in because the sport on TV this weekend is hilarious
Paul O'Connell names four Irish certainties for Lions, and one bolter
The SportsJOE 12 o'clock quiz | Day 223
"It was a diluted version of what we were" - Why 'Donegal system' didn't work for others
Ladies championship starts with fireworks as Armagh blitz Tyrone in nine goal thriller
Maher defying the odds in a bid to turn it around for Dublin
The line-up of live sport on TV this weekend is ridiculously stacked
You may also like
2 weeks ago
"I don’t think it was any coincidence that I refocused on one sport shortly after"
1 month ago
Close bonds and basic skills: the Fenton formula
1 month ago
"My own mother would go to three games on Saturday, three games on Sunday"
2 months ago
"I'd say to fellas 'if you bring a friend and they stay playing, we'll give you a prize"
2 months ago
"That's a risk I'd be willing to take" - Byrne ready and raring for a championship
2 months ago
Goal disallowed in Dublin SFC because player wasn't wearing his gumshield
Next Page