Fermanagh reveal who will be replacing Ryan McMenamin as manager

He comes with an impressive managerial track record.

Kieran Donnelly has been appointed as the new manager of the Fermanagh footballers.

The Brookeborough native replaces the outgoing Ryan McMenamin having previously worked with 'Ricey's' former Tyrone team-mate Peter Canavan when he was in charge of the Erne County.

END_OF_DOCUMENT_TOKEN_TO_BE_REPLACED

Donnelly had much success in coaching at school level, taken charge of Omagh CBS for a number of years while he has also enjoyed success with a number of clubs.

His most notable achievements at club level in 2018 when he took Monaghan outfit Scotstown to the Ulster Club final where they lost to Donegal champions Gaoth Dobhair. 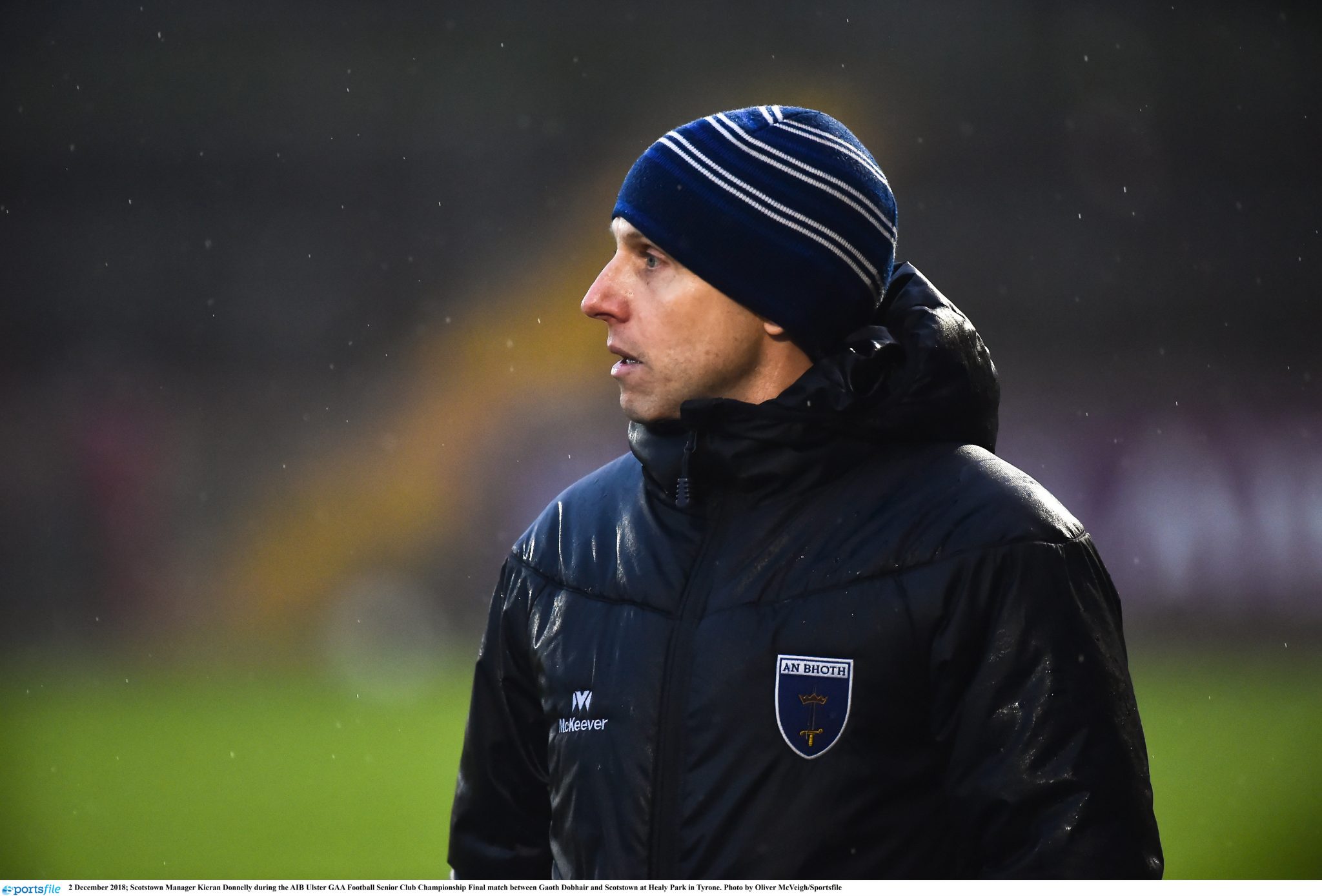 "We are delighted to be able to appoint someone with the experience, drive and ambition of Kieran Donnelly to this position.

"Kieran comes into this role as a successful coach and manager of the highest standard, with considerable experience of leading players in a high-performance environment and has an impressive managerial track record.

"We look forward with excitement to working with Kieran in implementing the main objectives of our current strategic plan and in developing not only the current group of players, but also those that are progressing along the player pathway in Fermanagh, to be the best that they can be."


popular
Galway fans' frosty reception for Davy Fitz doesn't make any sense
The most Stone Age tackle you've ever seen gets South African lock straight red card
'Brian was a genius... he would've killed you to even win a game of touch'
Ryan Manning hacked to the ground by Henri Lansbury in ruthless assault
"Johnno went, 'We’re not moving! You're trying to mess us about!'" - Ben Kay recalls red carpet controversy
Wallabies star bounces off Duane Vermeulen like a brick wall, gets yellow-carded
Final question of Ryder Cup press conference has Team USA in all sorts of trouble
You may also like
4 days ago
The Kerry job is up for grabs and Jack O'Connor hints at wanting third stint in charge
4 days ago
SportsJOE Gaelic football Team of the Year
5 days ago
"Why is he going for the top right hand corner?" - The GAA Hour break down Ryan O’Donoghue’s penalty miss
5 days ago
"What Tyrone winning brings is hope" - Jim McGuinness and Kieran Donaghy believe the GAA landscape has changed
5 days ago
Sean Cavanagh praises certain Tyrone players for stepping up and reaching their potential
1 week ago
Mayo are favourites but Tyrone will benefit from rocky road to the final
Next Page