It will be interesting to see if The Dubs line out like this at Healy Park.

Dublin boss Jim Gavin will be well aware that another impressive Dublin win - to add to the rest this championship summer - will all but guarantee his men a place in the All-Ireland semi-final.

The reigning champions take on Tyrone at Healy Park, Omagh this evening (7pm) and will be looking to beat Ulster opposition for the second time in successive weekends. Dublin handily defeated Donegal at Croke Park, last week, but Gavin has opted to freshen up his team for the game against Mickey Harte's men.

Philly McMahon is recalled to the full-back line, with Coin Murchan dropping down to the bench. Cian O'Sullivan and Jonny Cooper trade places in the defensive lines with Philly McMahon recalled and Brian Howard handed the No.5 jersey.

The big call from Gavin, here, sees Jack McCaffrey taking up a bench role after his start against Donegal. 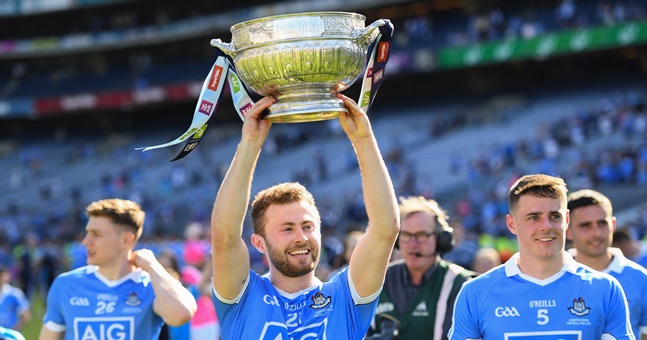 No McCaffrey, then, but he has been used as an impact sub for Dublin and, it must be noted, had initially been named on the bench for the Donegal game. Midfield remains untouched, with Brian Fenton and Michael Darragh Macauley getting the nod. There have been tweaks to the forward lines too.

Ciarán Kilkenny is named centre half forward, dropping back from the full forward line to accommodate Paddy Andrews.

Tyrone have yet to officially announce their starting 15 for the tie.

The game throws in at 7pm in Omagh.