Kerry are the favourites to win this All-Ireland semi-final but, judging by this combined team, and we all know that the logic of the combined team is undefeated, then the bookies could be in for a bit of a shock.

Luckily for Kerry though, All-Ireland semi-finals aren't played on paper. They're played on grass.

None-the-less, after knocking a few heads together, and in an attempt to pick the best from both, here at SportsJOE towers we landed on a team that has eight Dubs to seven Kerry men. Kingdom folk should feel free to send the abuse our way in whatever way they want.

END_OF_DOCUMENT_TOKEN_TO_BE_REPLACED

Some agonising calls had to be made along the way and, to be fair to him, Tadhg Morley can certainly consider himself an extremely unlucky man to miss out but those are the breaks. And John Small just about edged him.

Kerry are the favourites, but the Dubs have the medals and there's no doubt about who has more to prove. The game throws-in at 3.30 this Sunday and, to be honest, it can't come around quick enough. 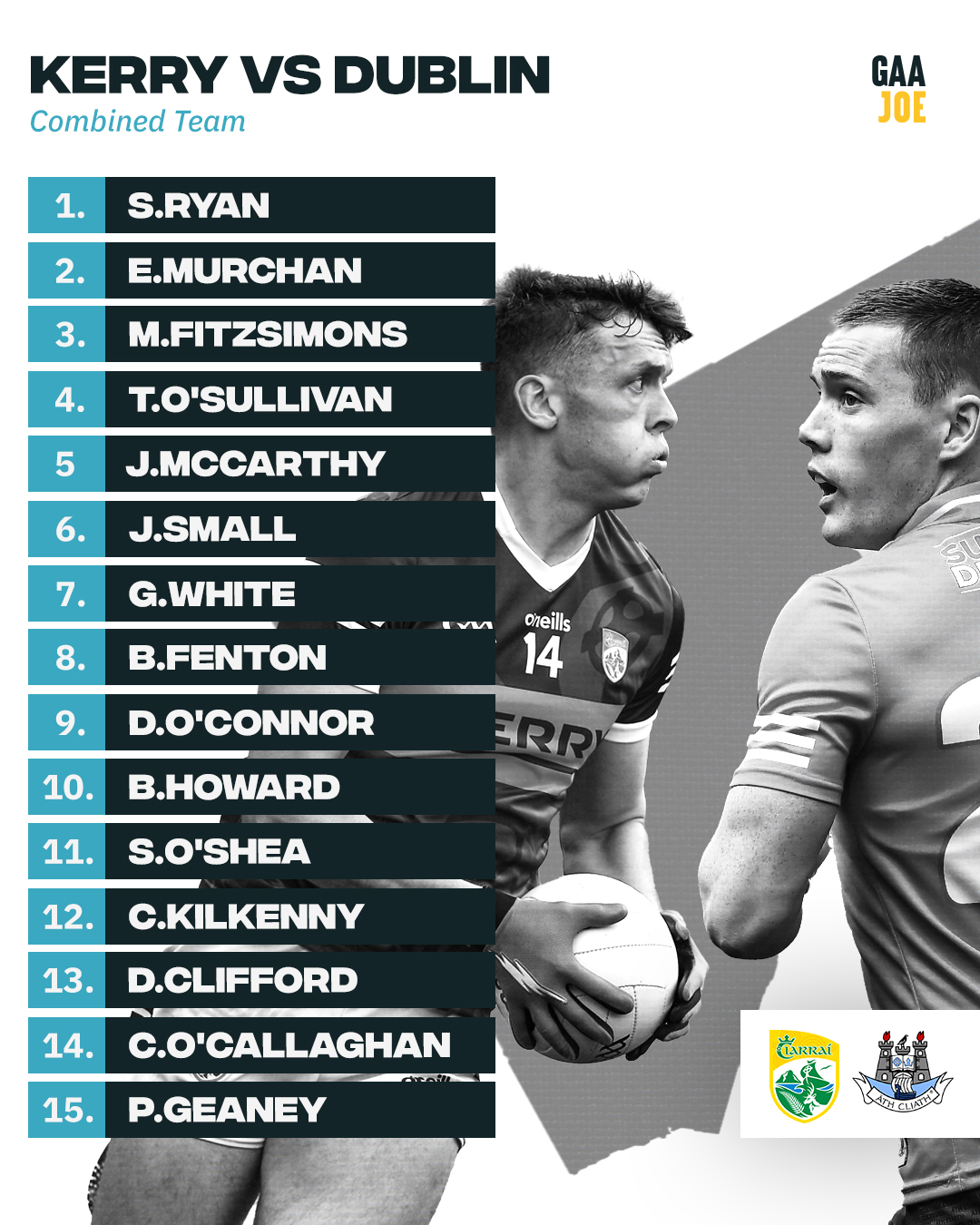 
popular
Ranking the best county GAA songs of all-time (32-1)
"It was unfair on the Galway backs” - Tomás Ó Sé admits that Kerry benefitted from unfair rule
Adrien Rabiot's mother has put Man Utd move at risk of collapse
"I’ve never heard someone say something as stupid” - Katie Taylor blasts Jake Paul's rematch comments
"I remember just hugging this Irish guy" - How one Kiwi rugby star reacted to Ireland's historic series win
"I don’t trust you" - Joey Barton delivers brutal dismissal of Irish defender
Antonio Conte 'banishes' four Tottenham players from first-team
You may also like
1 month ago
McCarthy still harder than a brick wall
1 month ago
"Coming off the field there, I just had a word with Ciaran Kilkenny" - O'Connor hails Kilkenny after pulling the fat out of the fire
1 month ago
"Everyone in Dublin should be proud of them" - Farrell gives a sporting post-match interview
1 month ago
Cometh the hour, cometh the man
1 month ago
Roy Keane makes good on bet after seeing Cork fall to Dublin
1 month ago
"All of a sudden he had me midfield with Niall Scully. We played Na Fianna and I was chasing after Eoin Murchan."
Next Page