Many expected Dublin to steamroll Laois in comfortable fashion to win another O'Byrne Cup this year, but alas this was not the case.

Laois played a fantastically entertaining brand of football, very direct with lots of kick passing, paying homage to the old saying that 'no one moves quicker than the ball.' 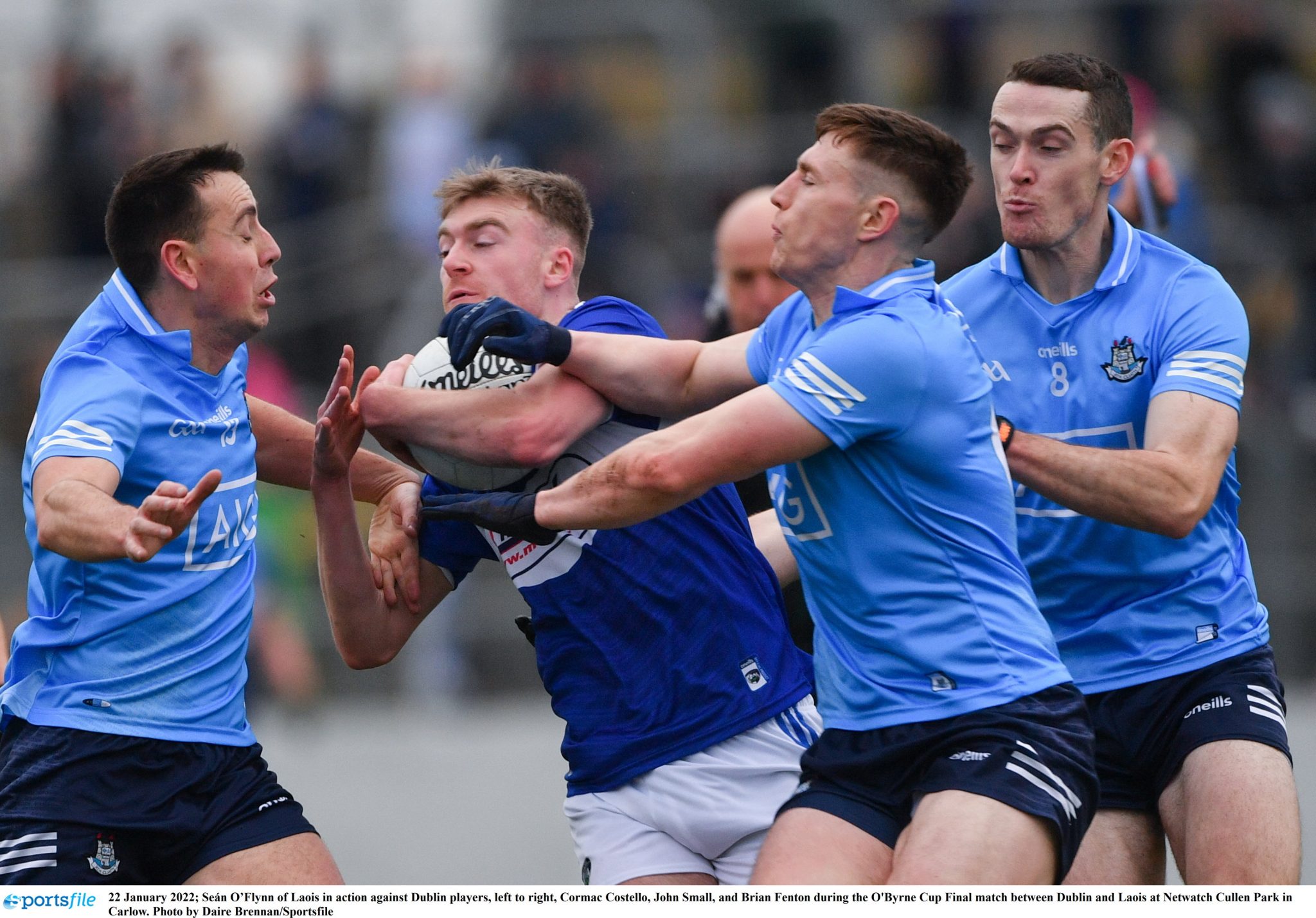 END_OF_DOCUMENT_TOKEN_TO_BE_REPLACED

They were obviously given freedom of expression by manager Billy Sheehan, because although some of the attempted passes went amiss - particularly those skidding in from outside of the boot kicks - it didn't discourage them from their plan.

Evan O'Carroll was the focal point of their attack, and caused the Dublin defence a heap of problems by battling for every ball sent into him.

The negative talking point of the game also involves O'Carroll, as he got into an off-the-ball tussle with John Small, which then effectively resulted in the Ballymun man receiving a straight red card. 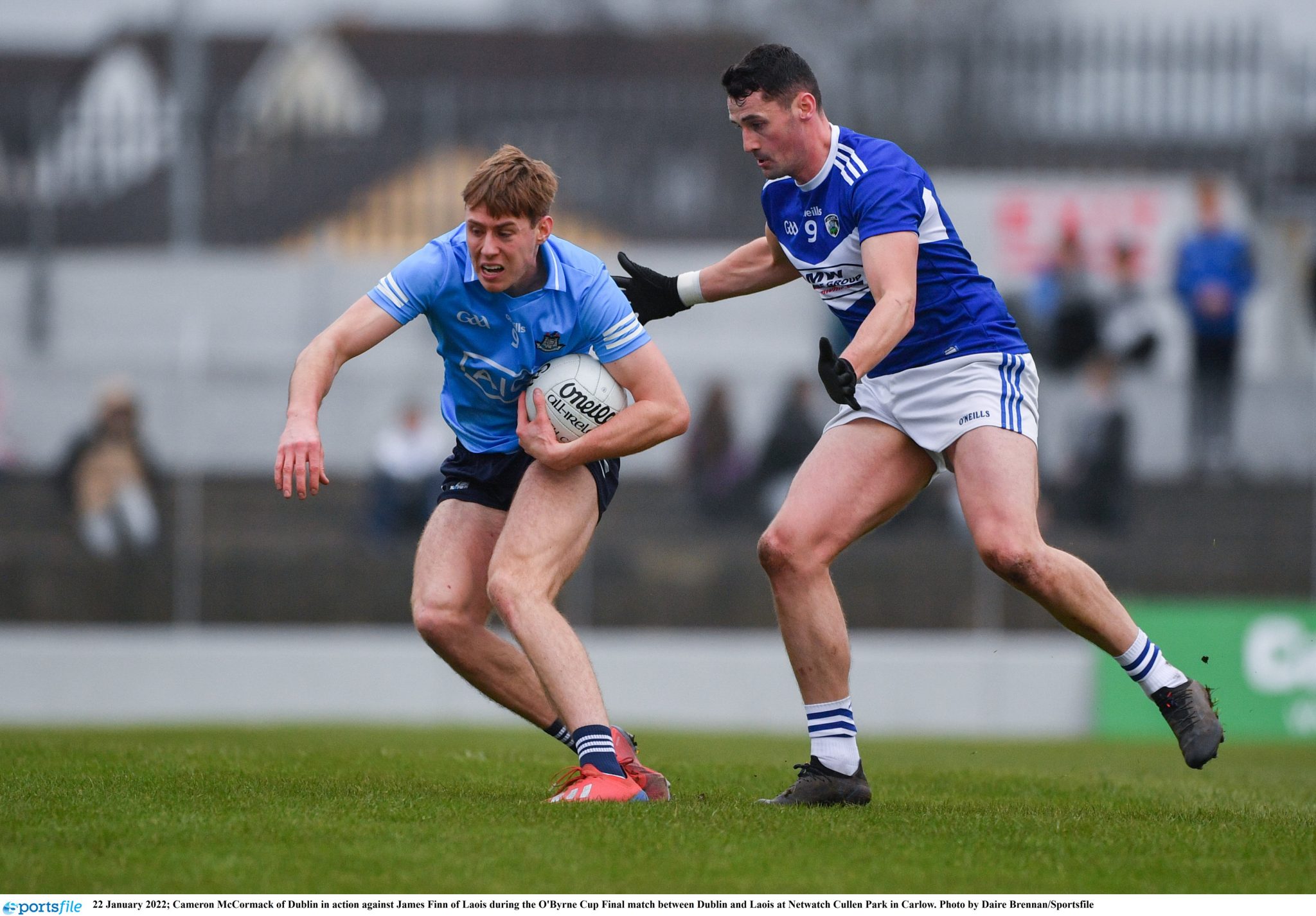 END_OF_DOCUMENT_TOKEN_TO_BE_REPLACED

Video replays on TG4 however, did show that it was the Laois forward who struck the first blow, with Small responding in fashion, knocking his opponent to the ground.

Down to 14 men and facing a dynamic Laois side full of confidence and courage, the game was level on several occasions.

An early Sean Bulger goal proved vital for the Dubs, and a late flurry from Brian Fenton in particular allowed the boys in sky blue to stretch out more of a lead. 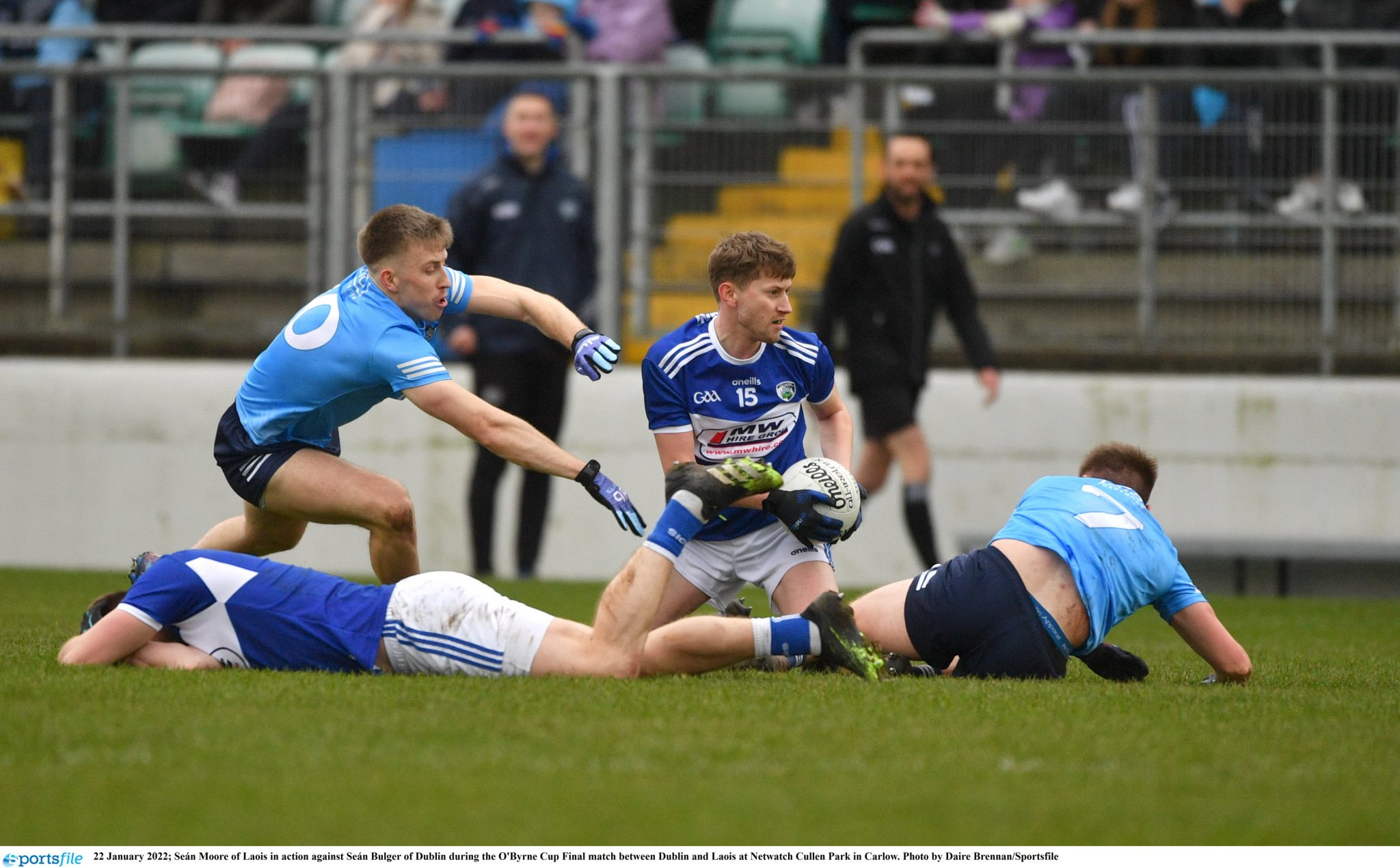 END_OF_DOCUMENT_TOKEN_TO_BE_REPLACED

Still, late in the game with Laois determined to keep pinging the ball towards opposition goal and do everything in a hurry, there was always a threat that they could pull something off.

It was a breath of fresh air to watch, and a welcome change from the usual robotic defeats that Leinster teams have become accustomed to at the hands of the capital. 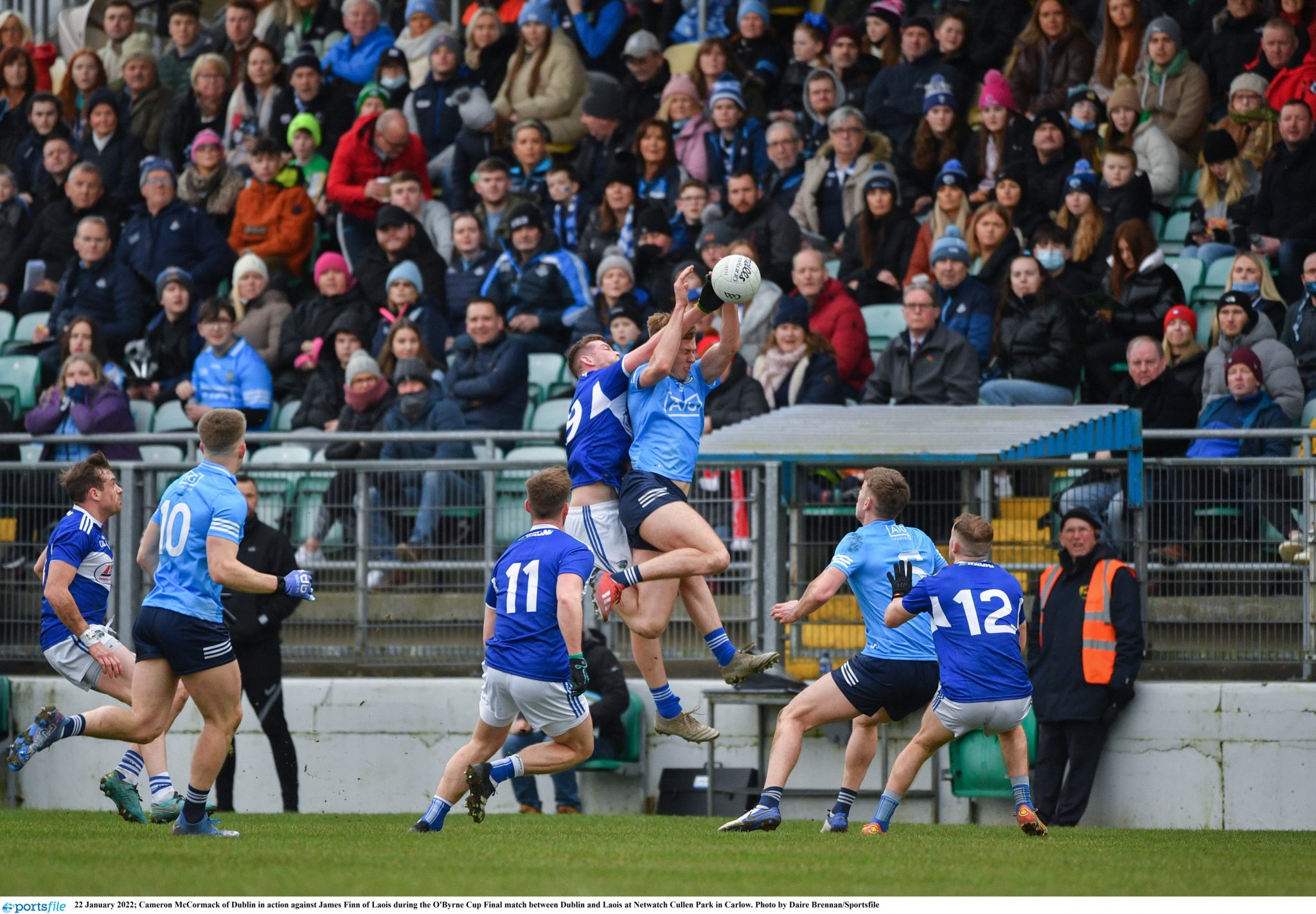 This brand of football kept them competitive, and although tired legs, cold weather and a wet day, started to wear on them, and more and more kick passes went astray, Laois fans should be going home feeling positive about the season ahead.

We saw Portarlington use this type of game to great success in the Laois club championship, and they gave Kilmacud Crokes a mighty scare with it as well, so this might be something that we will hopefully see a lot more of from the O'Moore County.


popular
Roy Keane shows great comic timing after Jack Grealish party invite
Footage captures the moment Mo Salah discovered Manchester City were winning
France the sore losers as Ireland Men reach first ever Sevens World Series final
Noel Gallagher left 'covered in blood' after headbutt from Ruben Dias’ dad
Ralf Rangnick nicknamed 'specs' and subject to 'bully behaviour' at Man Utd
Brian Cody doesn't entertain Anthony Nash question about Henry managing Galway
Gary Neville aims dig at Jamie Carragher in commentary for title-winning Man City goal
You may also like
1 week ago
Eamon McGee reveals what Rory Gallagher was like under Jim McGuinness
1 week ago
If you're going into battle alongside Gareth Mckinless, then you will always have a chance
1 week ago
Rory Gallagher absolutely loses his mind celebrating as Derry beat Monaghan in Ulster semi-final
1 week ago
Monaghan will be a "different kind of challenge" compared to Tyrone says Derry boss
1 week ago
"I enjoyed it" - Padraig O'Hora opens up on his battle with David Clifford in League final
1 week ago
The All-Ireland hangover is a real thing, Dublin's dominance just made us forget about it
Next Page