The draws for next round of All-Ireland club football

What a time of the year this is.

There's nothing like club GAA and if you were watching the Galway county final you know all about it.

The reigning All-Ireland champions Corofin looked dead and buried, only to just come out alive, summoning iron will and nerves of steel right at the death.

Listen to the crowd shriek, watch the mentors celebrate while the Mountbellew-Moylough lads nearly break down at the same time.

Incredible finish here in the stadium. Corofin show their tremendous spirit and composure to snatch a draw at the very death. #galwayfootball #GAA @CorofinGAA pic.twitter.com/F2hg20fTUe

The margins they are fine and there were thrills and spills like this all over. St Finbarr's won in Cork after losing their last seven county finals. Victory doesn't get much sweeter than that.

But the best thing about it all is, there's loads more to come as the November weekends roll around.

Most county championships have been resolved now and we take a look at the draws for the next round of the provincial championships. 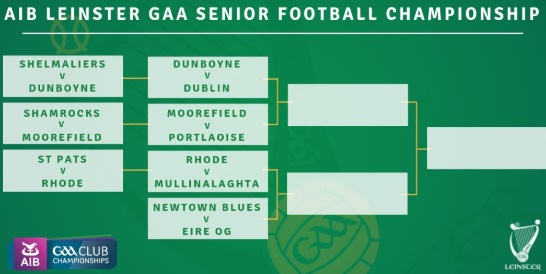 In Munster, both the Clare and Cork county championship winners got byes straight through to the semi-finals of the Munster championship.

The quarter finals take place next weekend and the fixtures are as follows.

He won't be available for next Sunday though https://t.co/ngufkdysJu

The semis will be played the following weekend, with Clare champs Miltown Malbay and Cork's St Finbarr's joining the party then.

Today our senior footballers won our 9th senior county title by defeating killrossanty on a score line of 0-7 to 0-9. Congratulations to the Dick and all the lads. Champions 2018 💙💛 pic.twitter.com/biJJwdkMSF

Crossmaglen against Coalisland looks the tie of the round. The Ulster championship looks ultra-competitive this year.

Aaron Kernan was on @TheGAAHour on Monday and it's clear that @crossrangers are here to stay https://t.co/QcbsCYbfwd

Both the Galway and Leitrim champs receive byes to the Connacht semis.

popular
Wayne Rooney story about Memphis Depay shows why he failed at Manchester United
You'll have to be a diehard fan to get 20/20 in this Liverpool players of the 90s quiz
The SportsJOE 12 o'clock quiz | Day 288
QUIZ: You have 30 seconds to answer this one tricky football question
SportsJOE 2000s Football Quiz | Round 11
The SportsJOE 12 o'clock quiz | Day 286
In defeat, Jerry Kelly dies with his boots on in coming of age final display
You may also like
2 months ago
No victory speech for Clifford as Cavan drop down the Leagues
3 months ago
"There’s nothing to state ‘lucky winner.' An All-Ireland medal is an All-Ireland medal"
3 months ago
Marc Ó Sé: Split the season, give Tony Brosnan his Kerry chance
4 months ago
Club championship just won't be the same without Tony Brosnan
4 months ago
"Even on player's bad days, you were very kind" - Seán Óg sums up O Muircheartaigh's magic
7 months ago
"I don't think forwards like when you play that half a yard in front"
Next Page