Down won the u20 Ulster Championship, beating Monaghan 3-15 to 1-14 in an emotional and thrilling game.

It was all square at full-time, meaning that the game went to extra time, but the Mourne men just seemed to be the fresher of two and managed to peel away towards the end.

END_OF_DOCUMENT_TOKEN_TO_BE_REPLACED

There were question marks about whether or not the game should even been played as the Monaghan captain, Brendan Óg Duffy, tragically died in a car accident just a two weeks ago.

There was so much emotion surrounding the game, the fans chanted Duffy's name from start to finish, and for the Farney players to even take the field, was testament to their dedication and strength that they have in the squad. 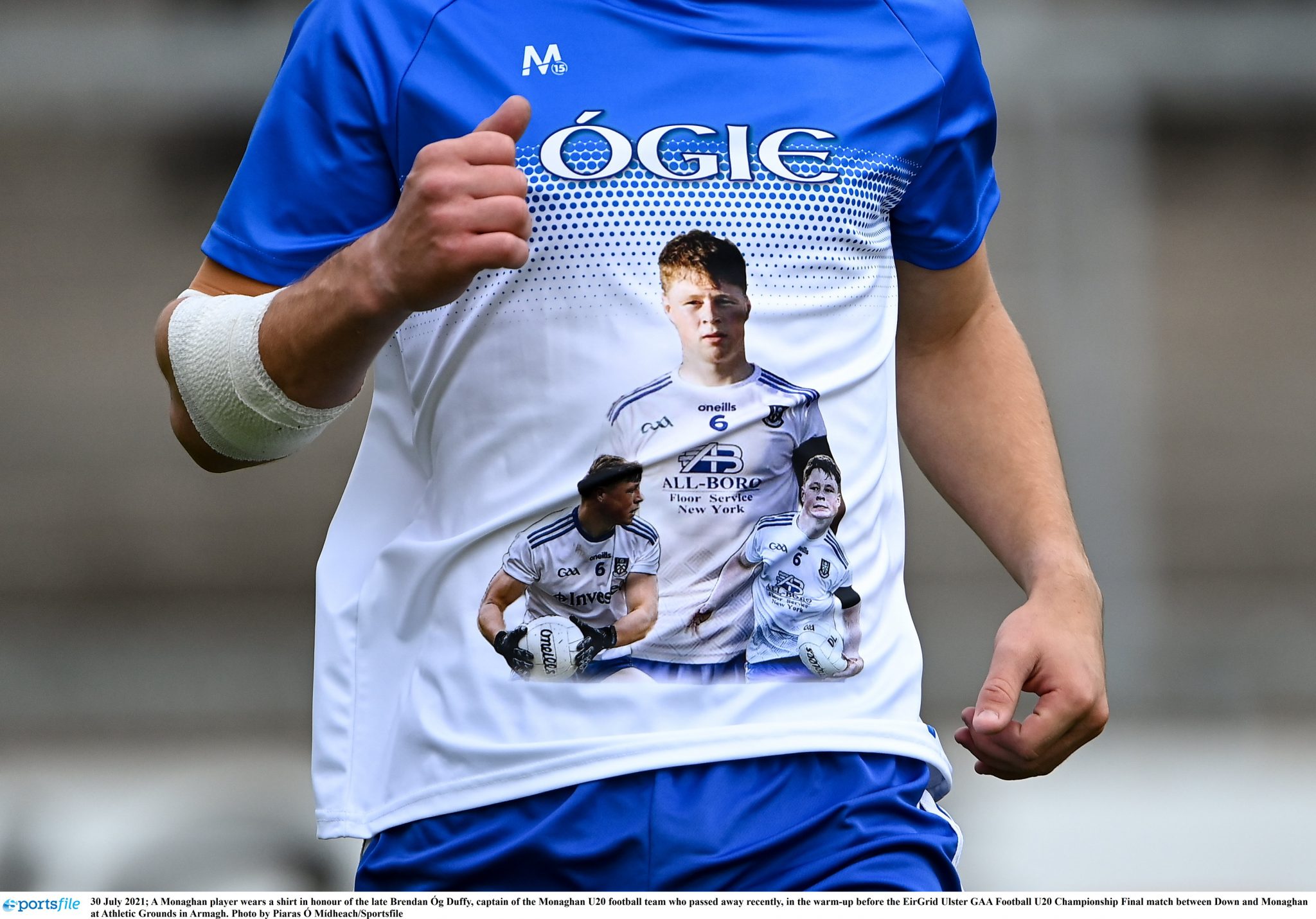 Down forward, Ruairi O'hare, received the man of the match award and paid tribute to his opponents fallen friend.

He also took the time to dedicate his win, to his former teammate and best friend, who passed away almost two years ago.

"My condolences goes to the Monaghan boys, I personally know exactly how they're feeling, a year and a half ago a person in my own club passed away, my best friend who I was living with.

"We then had to go and play a relegation play-off, a week and a half after and I know that feeling in their stomach that they're having now, and it's not nice.

"Fortunately I was able to go over the line that day, but it's not nice for them boys, there's bigger things than football here.

END_OF_DOCUMENT_TOKEN_TO_BE_REPLACED

"I would just like to dedicate this to my mate, Niall Laverty, I love him so much, I miss him everyday, and I wish he was here now."

A hugely impressive young man, who typifies everything that is great about the GAA.

In sickness, health, life or death, the GAA at its best is a community that never forgets, and where the legends, tales and spirits of fallen teammates, can live on forever.


popular
Frank Lampard pays emotional tribute to Seamus Coleman in front of Everton squad
No need for Sky Sports to apologise as Shane Lowry stays in PGA mix
Rory McIlroy in awe of "unbelievable" Tiger Woods but better off without him
Rangers legend says he and Roy Keane didn't speak during Man United spell
Steven Gerrard makes Liverpool admission ahead of Man City title decider
Dele Alli praises 'legend' Seamus Coleman after Everton avoid relegation
PSG offer Kylian Mbappe 'complete control' with insane contract offer
You may also like
5 days ago
Eamon McGee reveals what Rory Gallagher was like under Jim McGuinness
5 days ago
If you're going into battle alongside Gareth Mckinless, then you will always have a chance
5 days ago
Rory Gallagher absolutely loses his mind celebrating as Derry beat Monaghan in Ulster semi-final
1 week ago
Monaghan will be a "different kind of challenge" compared to Tyrone says Derry boss
1 week ago
"I enjoyed it" - Padraig O'Hora opens up on his battle with David Clifford in League final
1 week ago
The All-Ireland hangover is a real thing, Dublin's dominance just made us forget about it
Next Page