So began an extraordinary Donal Og Cusack tirade against the criticism hurling coaches Davy Fitzgerald and Derek McGrath have received over the past few years.

Many hurling fans tuned into The Sunday Game to re-live the hectic glory of two cracking All-Ireland finals. On Saturday, Kilkenny had stunned champions Limerick and, the following day, Tipperary and Wexford combined for 52 scores, 60 points and even more flashpoints.

Tipperary beat a spirited Wexford side by two points and fans hungry for more action and analysis turned over to the show to feast away. What we got, after the Tipp versus Wexford highlights, was Donal Óg Cusack ripping into critics of McGrath and Fitzgerald, who he believes are risk-takers and innovators.

There was even a swipe at the 'British culture on these islands' of nay-saying and looking down on those people that try to tweak and improve upon so-called traditional values. When that was done, host Des Cahill then plunged back into McGrath's departure from Waterford, which happened over 10 months ago.

The whole episode unfolded as the panel of Ken McGrath, Brendan Cummins and Cusack were discussing Fitzgerald, and his future with Wexford. Cusack took off and did not stop for two minutes, until he had his say. Here are some of the highlights:

"Innovation is the lifeblood of any game, right? And let's call a spade a spade, a lot of the way that Davy and Derek have been challenged it's as if they have been disrespecting the game in some way.

"I'd actually say not to innovate is actually disrespecting the game.

"And also, when I'm at it, it reminds me of what's happened in the mid 2000s when it came to Gaelic football. You had a lot of intelligent coaches that were playing the game in a certain way and it was very easy to make cheap shots about puke football and so on.

"Why weren't people asking, 'Why did people want to do this? Why were coaches doing what they wanted to do?'

"And I think it's fantastic. Is there only one way we want to be playing our game of hurling? I don't think so. I don't want to teams coming with just one way to play the game." 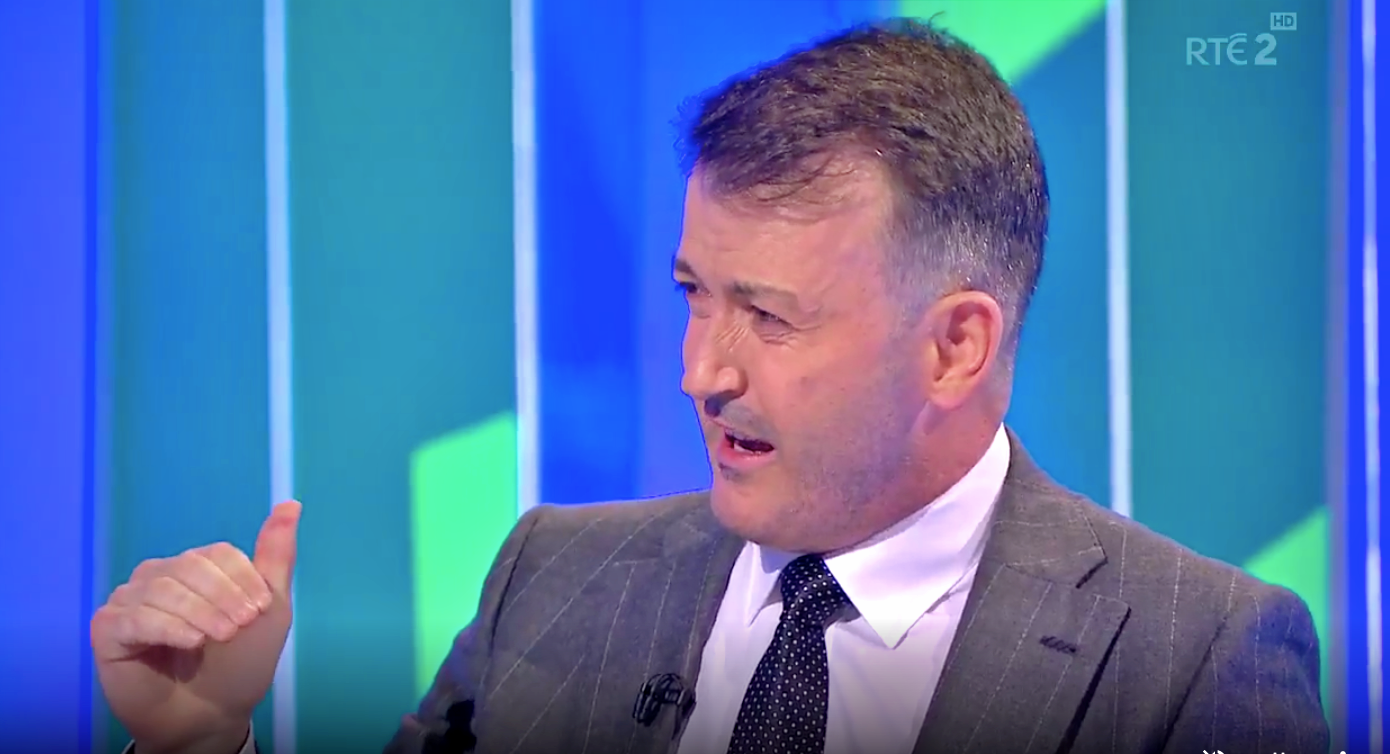 Cusack then went on to have a cut off what he perceived to be a 'John Bull' attitude to those that try and shake up old formulas and take tactical risks.

"I actually believe that type of accusation of disrespecting the tradition of the game is part of the last remnants of British culture on these islands.

"Right, because we know that the The British, with the games they invented... they struggled to accept and adapt to all the the wider influences in their games.

"I would equate this long ball to John Bull type spirit, Jack Charlton type spirit. It's exactly the type of spirit I'm talking about. And I'm delighted the modern player has moved on.

"Because I tell you, Des, if you go into any modern, inter-county dressing room, they know themselves that the game has moved on."

END_OF_DOCUMENT_TOKEN_TO_BE_REPLACED

Cusack rounded off by claiming the same type of people that are have goes at Fitzgerald for his tactics - a move away from the traditional 15 on 15 set-up - would have hounded Limerick legend Mick Mackey for soloing the ball.

You can check out the entire sequence here:

'I actually believe that type of accusation of disrespecting the traditions of the game is part of the last remnants of British culture on these islands.' #rtegaa pic.twitter.com/yKh42z1bM0

Get your teeth into that one.

popular
The SportsJOE 12 o'clock quiz | Day 76
The SportsJOE 12 o'clock quiz | Day 75
SportsJOE 2000s Football Quiz | Round 4
The SportsJOE 12 o'clock quiz | Day 73
SportsJOE 2000s Football Quiz | Round 3
QUIZ: Can you name the Football Italia cult heroes? | Part 2
QUIZ: Name these footballers based on their former teammates
You may also like
1 week ago
"I knew I didn't have the pace or strength, it was just get it and try kick it left or right"
2 weeks ago
"You had no other choice but to get down and dirty with these boys"
1 month ago
"It never crosses my mind that I lifted it on the pitch rather than on the stand"
1 month ago
GAA Hour | Tipperary v Galway 2001 All-Ireland hurling final
2 months ago
We give you the All-Ireland hurling final, you tell us the man-of-the-match
2 months ago
Even injury couldn't hold Richie Power's genius back
Next Page