Tipperary overcame a red card to John McGrath and three disallowed goals to beat Wexford and reach the All-Ireland finals.

In one of the great All-Ireland semis, Tipperary showed heart, steel and a tremendous never-say-die attitude to clinch victory.

Wexford started like a locomotive and could have been 2-2 to 0-1 ahead after only five minutes, save for a lack of composure in front of goal. Two golden goal chances were squandered but Rory O'Connor and Lee Chin chipped in with points, on either side of a Liam Ryan stunner, to make it 0-4 to 0-1.

For all of Wexford's lightning and searing intent, Seamus Callanan's ninth minute goal ended up putting the Premier County a point clear.

Brian Hogan was needed in the Tipperary goal to stand tall and keep out a goal-bound rasper as Davy Fitzgerald's team responded immediately.

Wexford roared back to lead 0-10 to 1-6 after 25 minutes and they opened up a decent gap when Conor McDonald rattled a low drive that cannoned off Hogan but still found the net:

END_OF_DOCUMENT_TOKEN_TO_BE_REPLACED

The first half's most controversial moment arrived on 30 minutes and Hogan featured again. Lee Chin looked to have dropped a long-range free short, as Hogan snatched it over his crossbar. He cleared forward and Paudie Maher scored what looked to be Tipp's second goal but Hawkeye had other ideas.

Hawkeye replays showed that Chin's effort had gone over the bar, meaning Hogan playing on and Tipperary's goal had to be chalked off. That meant a four-point swing. Wexford finished the half strong to lead by two at the break. 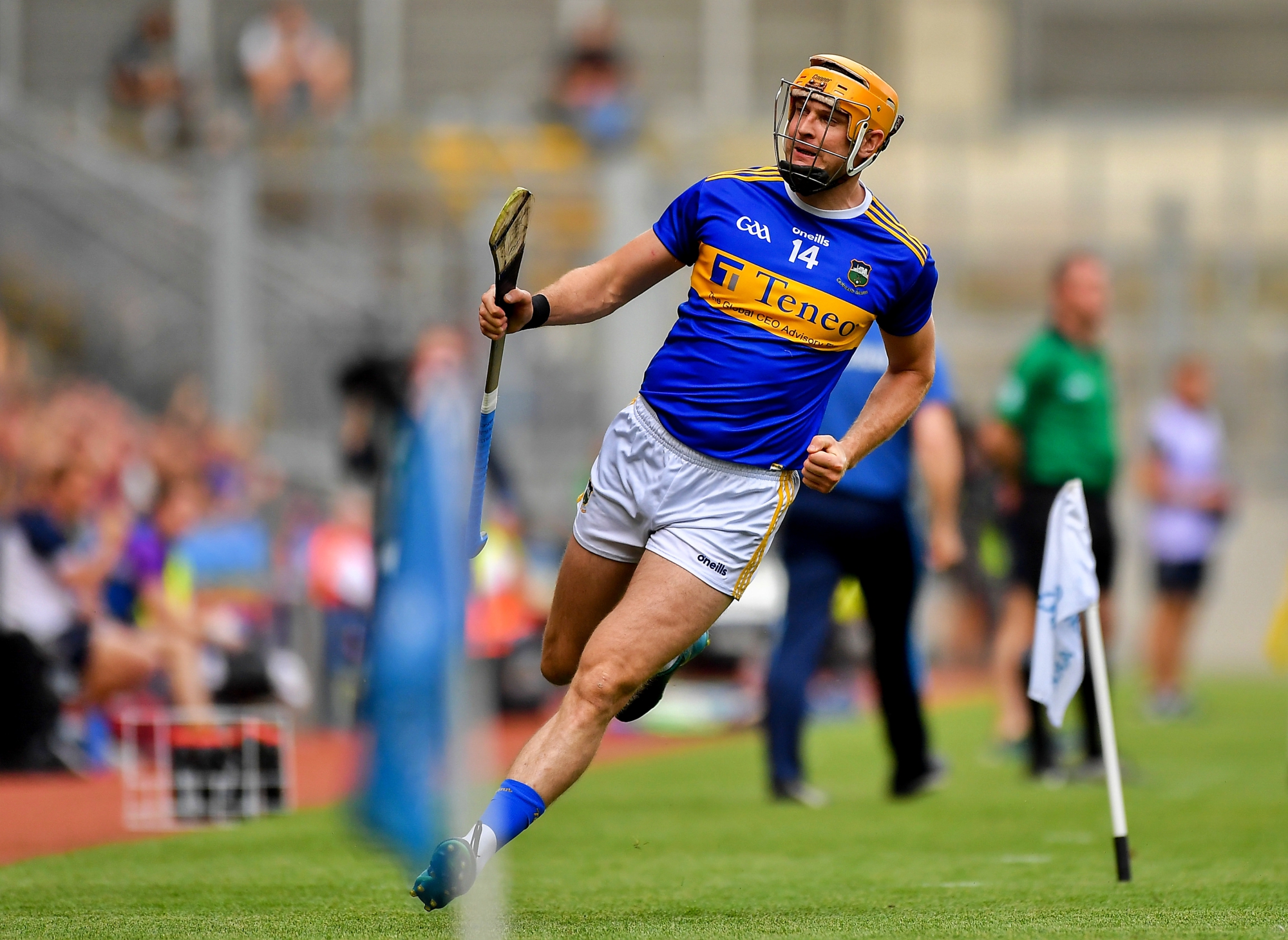 The second half saw both side trade a couple of points until, on 45 minutes, John McGrath was shown his second yellow card - and sent off - for recklessly lashing out with his hurley.

A few minutes later, as McGrath reflected on that rash strike on the Tipp bench, Lee Chin burst through the opposition defence and backed himself from 20 yards out. His strike was low and to Hogan's right and Wexford were 2-18 to 1-16 ahead.

Lee Chin stepping up like a don for @OfficialWexGAA

END_OF_DOCUMENT_TOKEN_TO_BE_REPLACED

Tipperary's response was true grit, and then some. Liam Sheedy's men rallied superbly to score five straight points and, with 13 minutes to go, we were level again.

A missed free, soon after, meant Tipperary could not edge ahead and Wexford then found a perfect way to break their 10-minute scoring duck. There were suspicions of a square ball but Conor McDonald had wisely held his run before he bundled home his second goal.

Replays subsequently showed that McDonald was in the square before he took possession of the ball, from Paul Morris' pass, and Wexford were fortunate that the umpires did not have access to those same replays.

Tipperary responded with three consecutive scores and when Barry Keogh pointed to make it 3-18 to 1-24, we were level for a ninth time. As the clocked ticked 70 minutes, Willie Connors made it level for a 10th time.

There was more controversy as Jake Morris had a THIRD GOAL DISALLOWED when referee Sean Cleere called play back - rather than playing advantage - for a foul on Jason Forde. Forde, at least, knocked over the free and he added another to make it 1-27 to 3-19 with three minutes of injury time to go.

Chin popped over a free, on 74 minutes, then was called for a free against Paudie Maher. Hogan cleared up-field and sub Morris pinged one over for the final score of a breathless game.


popular
The SportsJOE 12 o'clock quiz | Day 105
The SportsJOE 12 o'clock quiz | Day 104
James Haskell on text exchange with Peter O'Mahony after Ireland's victory over Scotland
Can you name every English football club that begins with 'W'?
David Beckham recalls how a trip to Ireland got him in trouble with Alex Ferguson
"Shane was just gifted. He could play centre back, centre forward, he had everything"
Egan cleans out Spurs by reading the breaks and executing the blocks
You may also like
1 month ago
"You had no other choice but to get down and dirty with these boys"
2 months ago
"It never crosses my mind that I lifted it on the pitch rather than on the stand"
2 months ago
GAA Hour | Tipperary v Galway 2001 All-Ireland hurling final
3 months ago
We give you the All-Ireland hurling final, you tell us the man-of-the-match
3 months ago
Even injury couldn't hold Richie Power's genius back
3 months ago
The 9 best home exercises to keep you pumped if gyms are closed
Next Page