A show of faith from Kerry boss Eamonn Fitzmaurice.

Kerry's footballers may have had plans for their February 16-18 weekend off but all that changed, last Sunday, when poor weather led to the postponement of their game.

The Kingdom were all set to play Monaghan on Sunday morning but a fair amount of snowfall saw the game postponed.

Fitzmaurice had a strong starting 15 named for the Allianz Football League encounter and seems set to stick with the same men this weekend. That means there is no place for young forward David Clifford, who injured his hamstring in the win over Mayo.

The teenager scored his first point from play against Stephen Rochford's men but limped off with a hamstring strain before the 20-minute mark and has not played since. Even the extra week's rest has not seen Clifford restored to the Kerry 15.

We're sure it wont be his last, but here's David Clifford's first score from open play for @Kerry_Official. #AllianzLeagues #MatchNightLive pic.twitter.com/PkMEnAymUu

The match was due to take place last Sunday but a mixture of overnight rain and snowfall combined to see it called off at 11am, three hours before throw-in.

Kerry are two from two in the league and on four points, while Monaghan have won once and lost once.

Monaghan, meanwhile, have named a decent team but they have left Conor McManus in reserve on the bench. 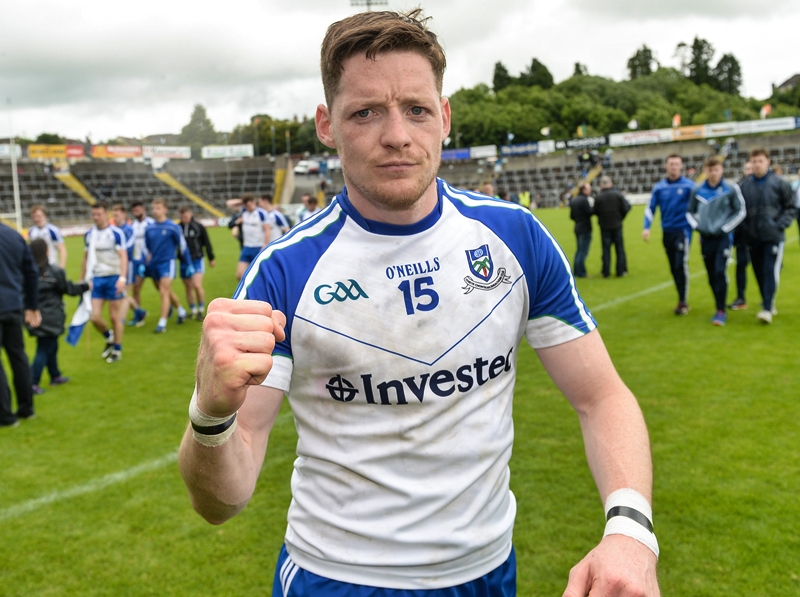 Back in early February, fans would have been looking ahead to Clifford sharing the pitch with McManus in this league tie but that must wait for another day.

TG4 will have deferred footage of the game, on Sunday, after their live hurling coverage:

Deferred Coverage of Sunday's game abroad Also will be on TG4 deferred https://t.co/Qn8cEUAeq8

Should be a cracker.


popular
The SportsJOE 12 o'clock quiz | Day 105
The SportsJOE 12 o'clock quiz | Day 104
James Haskell on text exchange with Peter O'Mahony after Ireland's victory over Scotland
David Beckham recalls how a trip to Ireland got him in trouble with Alex Ferguson
"Shane was just gifted. He could play centre back, centre forward, he had everything"
The SportsJOE 12 o'clock quiz | Day 103
"The academy boys have turned into small monsters over the past few weeks" - Peter O'Mahony
You may also like
2 weeks ago
"He was a nightmare to play against...you were just a sitting duck"
2 months ago
Closed doors no issue for O'Brien
3 months ago
"I'd play 18 holes of Pitch n Putt" - Jack O'Shea's All-Ireland final prep pure class
3 months ago
St Patrick's day memories: Rural Caltra with one of the great underdog triumphs
3 months ago
"I was kind of going 'I'm not a Kerry player" - Donaghy's story a brilliant watch
4 months ago
Mayo issue update on crunch Allianz Leagues clash with Kerry
Next Page