“It was controlling Dan Shanahan as much as anything else”

From the Maor Foirne to the physio, the bus driver and everyone in between, inter-county set-ups have expanded hugely and everyone has an important role to play.

Derek McGrath knows all about it from his five years with the Waterford hurlers and Lar Corbett experienced the growing number of bodies along the sidelines during his final years of a fine inter-county career.

On Corbett and McGrath's Big Build-Up - the hurling preview show with SportsJOE and Centra - the experienced duo looked ahead to this weekend's big games, the changing role of subs and spying at the Féile.

McGrath also offered some fascinating insight into getting a crack coaching team, and backroom staff, together and having them all dialled in to get the very best out of a squad of players. 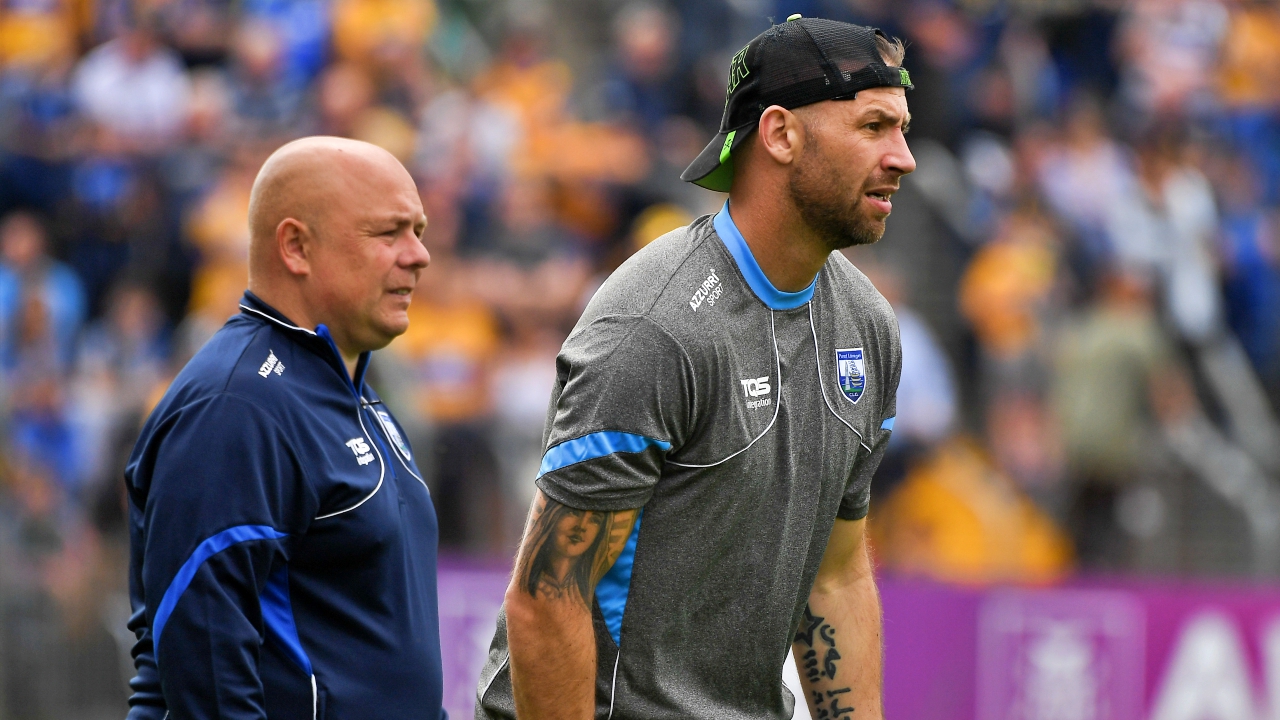 Derek McGrath and Dan Shanahan look on as Waterford take on Clare in 2018. (Photo by Ray McManus/Sportsfile)

McGrath, who led the Deise to the 2017 All-Ireland final, spoke about assembling his backroom staff and how each person can feed into what the panel is working towards.

Having the livewire Dan Shanahan - as passionate on the sideline as he was during his playing days - had its moments, and benefits, too.

"My Maor Foirne was Dan, over the years, and it was controlling Dan Shanahan as much as anything else! But he brought a huge energy to the sideline. The players would have fed off that.

"There's a huge role now for physios, for medical staff... the whole thing is completely and absolutely choreographed. Everybody is on point in terms of the message."

McGrath looks at how Limerick and Tipperary function now, as a collective, and believes those two counties have their act together.


popular
Six minutes was all Alan Connolly needed to score two goals and set up another
Gatland comments give insight as to why CJ Stander missed Lions call
'Jesus Christ! How am I going to put up with this lad for nine weeks?!'
Sensational scenes in Belfast as Antrim edge out Clare in a thriller
"Of the 37, Bundee Aki would be my 37th most expected selection and my worst rated"
South African media shocked by Lions omissions of Sexton and Ryan
Peter Queally vaults into Bellator title picture with stunning win over Pitbull
You may also like
3 weeks ago
Stories from our first night back will hit home with every buzzing northerner
4 weeks ago
Five useful tips before returning to GAA training with fitness guru Brian Keane
3 months ago
Limerick dominate All Star nominations with fair Hurler of the Year spread
4 months ago
Waterford dealt big blow as Stephen O'Keeffe steps away for 2021 season
4 months ago
"It's going to be very hard to see anyone laying a glove on Limerick for a while" - JJ Delaney
7 months ago
Wild scenes at Semple Stadium as Kiladangan score last gasp stunner
Next Page