Jerry Drennan has never known his nephew Billy to panic. On the hurling field or in the hand-ball alley.

It's what makes him, as Galway and Wexford discovered recently to their cost , one of the most prolific young free-takers and indeed scorers in hurling. Billy doesn't over-do the nerves or the practice Jerry says, but if you've ever seen him hurl, and if you've ever seen him stand over a free, you'd realise that's because he has it in the hands.

Hand-ball has to take some of the credit for that. Galmoy is only a small little parish, a speck of a village that's close to Laois and not too far from Tipperary but while the population is small and the pick is smaller, hand-ball has always been big there. A pavilion was built in 1984 and ever since, his fathers and uncles and brothers and cousins and parishioners have played but none of them have mastered it like Billy has.

He's an All-Ireland champion who was described by the GAA's handball president Dessie Keegan in 2020 as the 'coolest man he's ever seen in a hand-ball alley.' It's hardly any surprise that he learned from the very best.

"Ducksie Walsh took a big interest in Billy as a juvenile, and Ducksie used to coach him, bringing him up to Cavan at half six some mornings and they'd spend the whole day at it.

"He even got to share the court with DJ Carey in a few challenge matches, and since, he has gone onto win a minor All-Ireland and a few other prestigious tournaments as well." 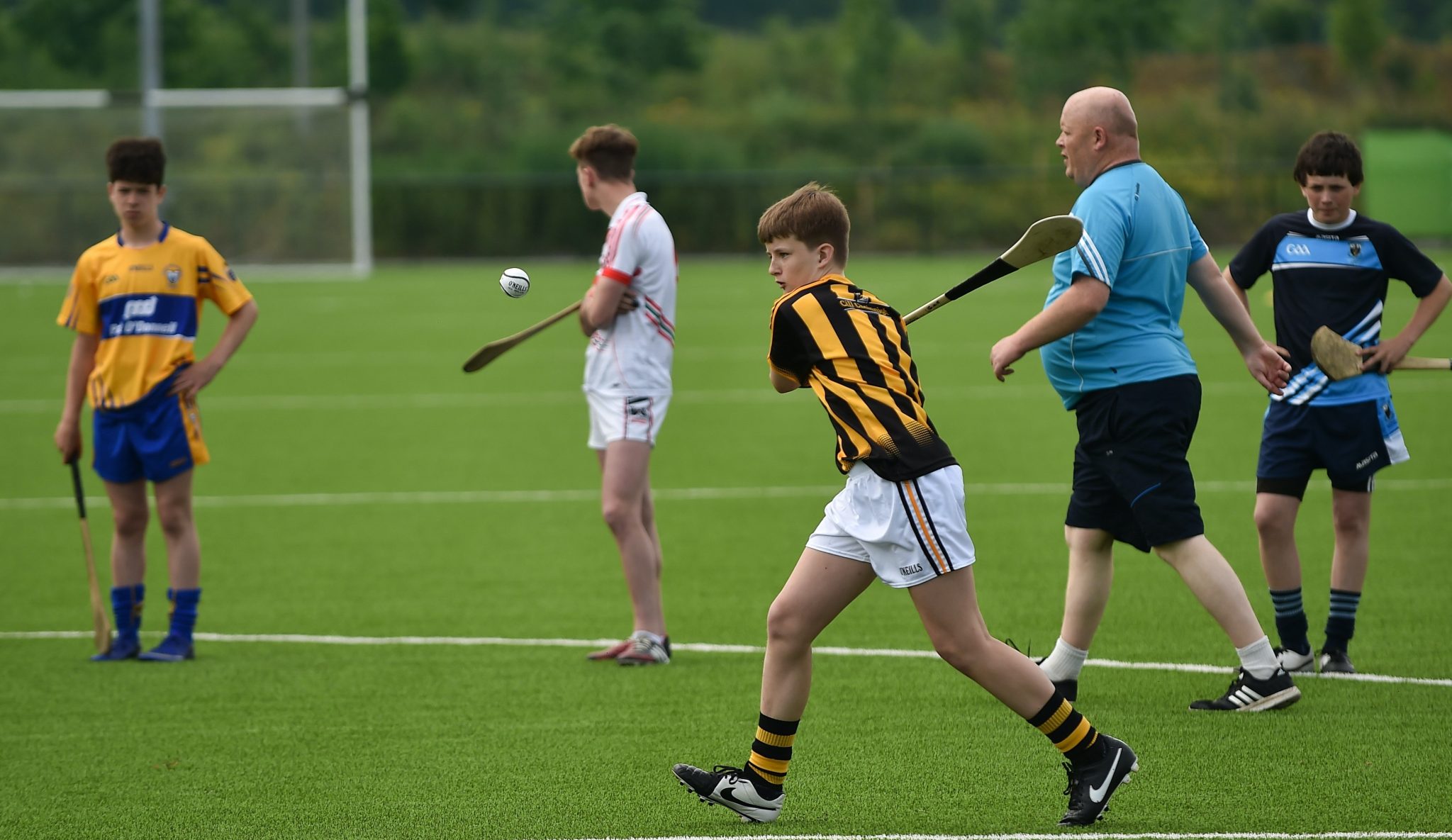 END_OF_DOCUMENT_TOKEN_TO_BE_REPLACED

But no win would mean as much as the one he's after this Sunday. Billy has lost two minor finals to Galway but to beat Limerick in the under-20 decider would make up for a whole lot of hurt and it would carry on a proud family tradition. Both his father Liam and his uncle Jerry also played underage for Kilkenny and you could say he has it from both sides because his mother Tríona's brother is PJ Delaney, who played centre back for Kilkenny in the 2007 National League final.

"He was always skilful," Jerry says.

"We used to play him in goals for the under-14s when he was just nine years of age, and even at that age, he was well able for it. Then he won the All-Ireland féile skills in 2016 as well.

"At minor, we amalgamated with Windgap and we made it to Roinn A at minor level for two years and even made it to a semi-final, which was massive for us. And Billy carried the team, with massive scores for two years."

After a year full of hurling, with his club, county and with his college, the hand-ball has taken a back-seat but he'll be back in the alley soon. There's a big job-on first. 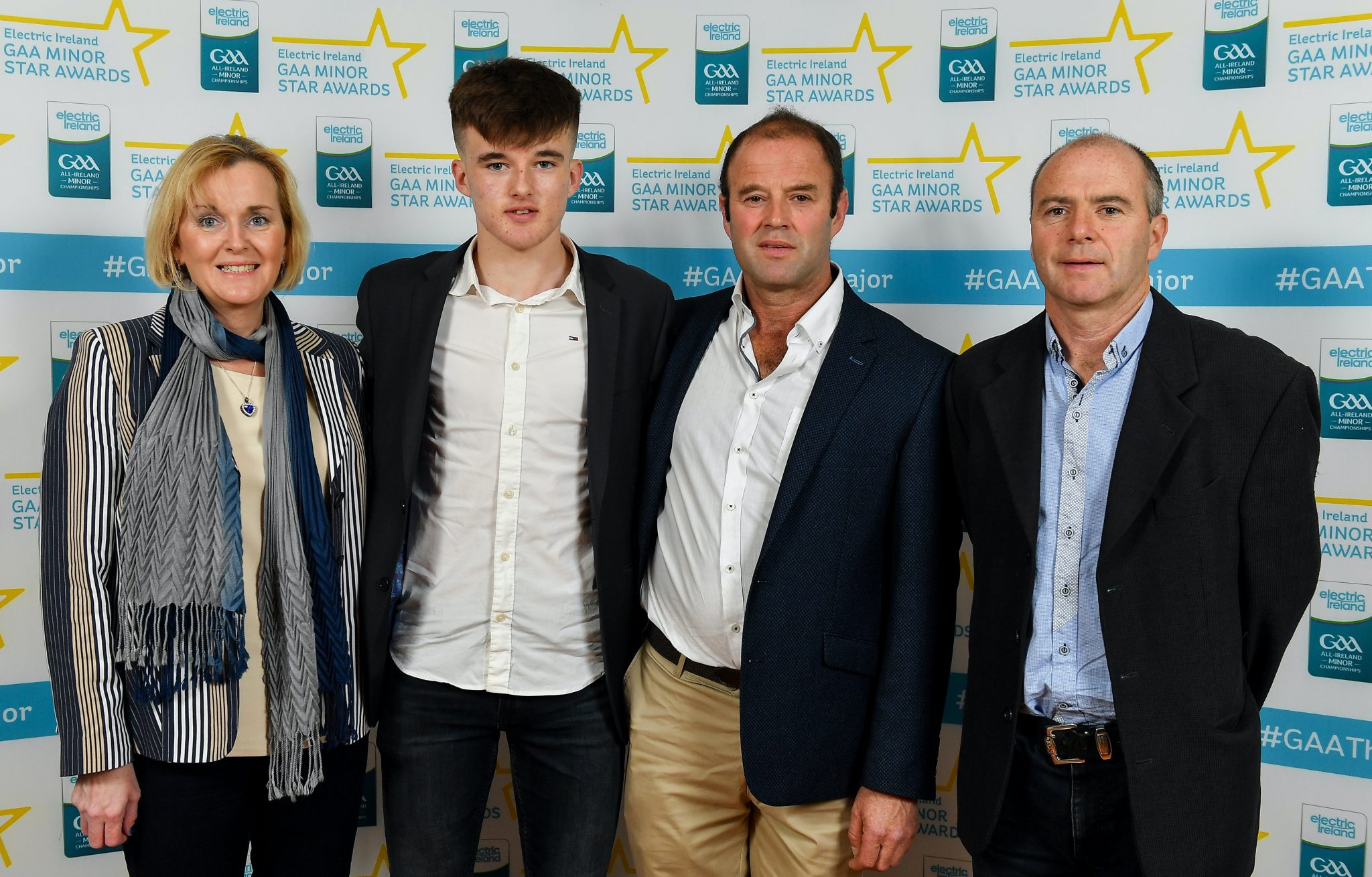 Billy with his mother Tríona, father Liam and uncle Jerry as a minor All-Star in 2019.
Advertisement

"Between all the hurling this year, he hadn't time to play hand-ball but he loves it and you'd imagine he'll get back at it when he can.

"The thing about Billy is he's very relaxed, he's cool about it all. He wouldn't over-do the practice, but that cool-head stands to him. There's days in the hand-ball when he might fall behind, like he did in the minor All-Ireland last year, when he let his opponent get away for a while, and then came back at him in the second game.

"He has great composure and never panics in the hand-ball - which can be a tough thing to do when you're on your own in there - but that definitely stands to him when he's playing for Kilkenny now."

Just as it did for Richie Hogan and DJ Carey too. Drennan is following a well-worn and star-studded path.


popular
Liverpool set £60m Mo Salah price as contract talks continue
Glass half full as Derry's positive play produces five fantastic goals to reach All-Ireland semis
QUIZ: How many of the 10 most successful football counties can you name without making a mistake?
Éamonn Fitzmaurice explains Aidan O'Shea's best position and how it can be used against Kerry
Patrick Vieira claims he was 'much better' than Roy Keane in new interview
Matt Le Tissier says he asked Sky Sports why they never sacked Jamie Carragher
Conor McGregor and Floyd Mayweather 'in talks' about a rematch
You may also like
4 weeks ago
"I think it's important" - Walsh encourages more women to get involved in management
1 month ago
Limerick manager showed some sportsmanship after phantom point in under-20 final
1 month ago
Kilkenny corner back does what every defender is supposed to do to win All-Ireland under-20
1 month ago
Time stands still for Damien Reck with incredible goal-line clearance
1 month ago
Brian Cody doesn't entertain Anthony Nash question about Henry managing Galway
1 month ago
Wexford wonder-sub proves that nothing beats being there with a moment of absolute madness
Next Page