Conor McKenna has been Down Under since 2014.

He's been one of Ireland's most successful AFL exports, having made his breakthrough almost instantly upon arrival and ever since, he's established himself as one of Essendon's key players.

2019 was his most successful season yet, with the half back McKenna making 22 appearances for 'the Bombers' first team. He also introduced the Aussies to the 'dummy solo,' when he sold an Adelaide man down the river last July with a perfectly executed show and go.

But the lure of home is always a pull for Irish AFL players and McKenna is no different. Last November for example, he lined out for his club Eglish in a relegation playoff in a breach of his contract with the club.

A couple of months later, he missed an Essendon game when returning home for his brother's wedding, and now, just a month out from Round One of the new season, McKenna has returned to Tyrone again, due to homesickness.

“Essendon defender Conor McKenna has returned to his homeland of Ireland due to homesickness and family-related reasons,” the club's statement read.

“We have been in lengthy discussions with Conor over recent weeks and we are completely supportive of him returning home to be with his family at this time,” added the club's general manager Dan Richardson.

“We remain in constant communication with both Conor and his family and we will continue to provide our support during this period.”

The club remain hopeful that McKenna will return for the new season. 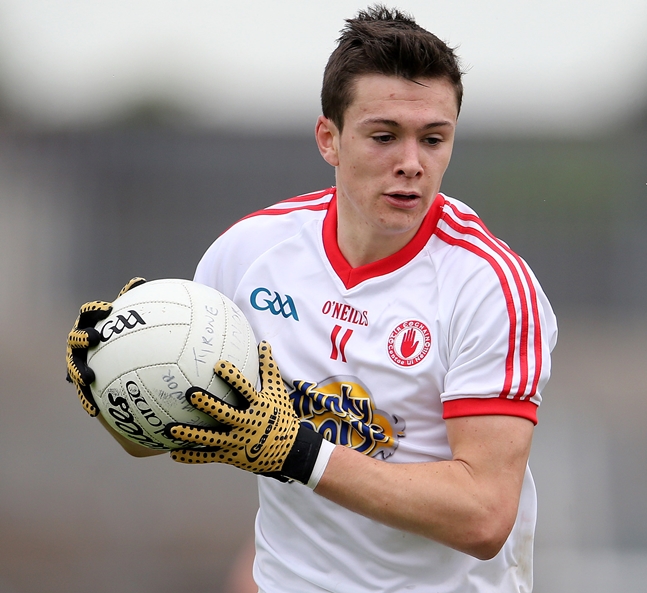 Cork's Ciaran Sheehan was on The GAA Hour Show last week and he spoke of going through the same thoughts during his time Down Under.

"Even any of the lads out in Australia at the moment, you'd be thinking about playing with your clubs a lot of the time. Coming home and winning the county is what's going through your mind a lot of the time out there..."

"You grow up loving the game and then you're taken away from it but it still consumes your mind. From the minute I left Dublin, you're thinking about playing with Cork again, will it happen, won't it. I kept an eye on all the games on GAA GO..."

With Cathal McShane turning down an AFL move last week and with McKenna back on home soil, there's no doubt that Tyrone fans will be thinking about the prospect of a new-look forward line.

McKenna was centre forward on their 2013 minor team who made it to the All-Ireland final, and would be some addition to Mickey Harte's team, who have Darren McCurry playing the football of his life and Mattie Donnelly yet to return.

That leaves the prospect of a forward line with Niall Sludden, Darren McCurry, McShane, Donnelly, McKenna and Conor Meyler.