Colm Parkinson: Micko didn't let me play with my club, this April-free month is nonsense

In 2005, in Micko's last year with Laois, relations between myself and management had soured.

I wasn’t getting picked and didn’t see much chance of that changing. I watched helplessly from the bench as we were hammered by Dublin in the Leinster championship. The full quota of subs were introduced and I wasn’t one of them.

After that game, I asked if I could play with my club - I was well down the list on the squad and felt I was losing fitness by sitting on the bench. Plus, I was demoralised and needed to enjoy playing again.

My request was denied.

Another sub, Shane Cooke, was given permission to play with his club the following weekend and played really well. We played Tyrone a couple of weeks later in the qualifiers and Shane was brought on. When I questioned how Shane had jumped ahead of myself and others in the pecking order, Micko told me it was because he performed with his club.

You couldn’t make it up. 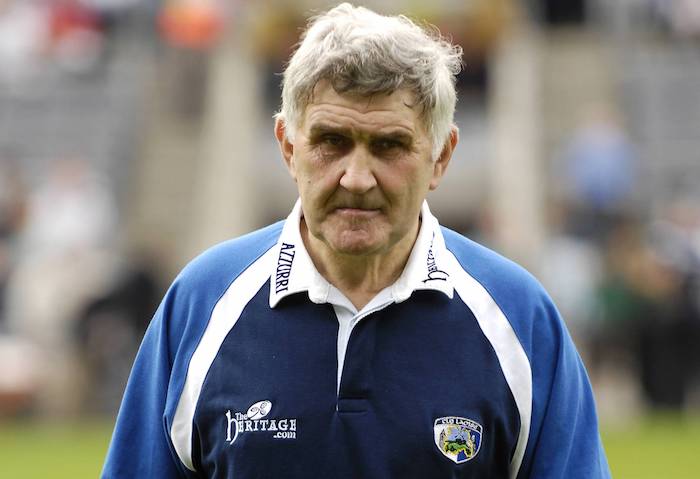 Really, the only reason I wanted to play with Portlaoise was because I wasn't getting a game with Laois. When I was a starter for Laois, I had no real interest in playing with my club until the inter-county season was over. I didn’t want to get injured and miss out on Croke Park or whatever big game was coming up. Playing club is great but if players are really honest, intercounty is the pinnacle and dominates your thoughts throughout the year.

When Laois were knocked out of the championship, because so much was invested in the year, it took a few weeks for me to mentally refocus and get back into club mode.

This is why this April for clubs farce was never going to work - it’s a distraction that inter-county players and managers don’t need and was always going to cause the issues we’re seeing now.

END_OF_DOCUMENT_TOKEN_TO_BE_REPLACED

We know now intercounty teams are still training and playing challenge games, most counties are not playing club championship games so fixture congestion will be an issue later in the year and some counties are not releasing players to clubs at all.

When Paraic Duffy did the rounds announcing his new championship format, some of his comments revealed what a badly thought out proposal it was.

Duffy said, and I quote:

"Personally, I think you'll find that not many counties will play club championship matches in April..."

While I don’t agree with playing club championship in April, you’d wonder why the club month was introduced at all. Fixture congestion is a huge issue around September and October so for Duffy to introduce a free month but have no idea what counties would do during that month is bizarre.

"If you look at it another way, by the 15th of July, there will be four teams left in the hurling championship," he also said. "I think most teams will say that they'll play their club championships after that.

"In football, by the 8th of July, there will be eight teams left so I think you're going to see championships being played in July, August and September."

This is true but if all these counties ran their championships off in a timely fashion during the Summer months their county champions would have to wait seven or eight weeks for the All-Ireland semi-finalists and finalists to finish their respective club championships. The long layoff before the provincial championships would be a huge disadvantage for these counites champions.

"In April, I think you're going to have a lot of league games in counties, giving a regular series of games," Duffy said.

"The real issue is, will managers let county players play? And that's something that every county has to work out for themselves. We can't enforce that.

"That will probably be an issue. But the weekends are there exclusively for clubs so it should make a huge difference."

Letting every county work things out for themselves is why the club scene is in such a mess to begin with. The former director general had no interest in holding counties to account for not respecting his own proposal. In fact, he foresaw it being an issue but did it anyway. The Offaly hurlers refusing to play football with their clubs this month is just another example of the mess this has created.

Duffy’s comments above paint a picture of someone who had no real idea of what he was doing. It’s obvious that April for clubs was a badly thought-out token gesture. There was no strategic plan or any joined-up thinking and no accountability for counties that didn’t respect it. Not to mention the mess during the condensed national league with players having to choose between university, club and county on the same weekend.

So far this restructure really couldn’t have gone any worse, but it’s not like I’m using hindsight - this was all flagged long before the year started.

The Super 8s part of the restructure during July will be a real success, I’m sure, but it shouldn’t cover up what an unprecedented mess the intercounty season has been up until this point. Of course the obvious solution is to scrap this April for clubs altogether and give the clubs August. If the inter-county season ran from February to July, it’s still six months of intense inter-county action. Crossing over club and county just doesn’t work.

The CPA has a restructure that really can work and have over 20,000 unhappy members. When will the GAA just listen to them and sit down with everyone so we can all enjoy the season and stop talking about this?


popular
James Haskell on text exchange with Peter O'Mahony after Ireland's victory over Scotland
The SportsJOE 12 o'clock quiz | Day 103
Fines and suspensions in Tipperary after stewards enquiry
Can you name the first clubs these players went to after leaving Celtic?
"The academy boys have turned into small monsters over the past few weeks" - Peter O'Mahony
SportsJOE 2000s Football Quiz | Round 8
"I have more work done than any player in Ireland" - The Trevor Giles tribute show
You may also like
7 months ago
Seven years of Twitter debate between Joe Brolly and Colm Parkinson coming to a head next week
11 months ago
"The weights fell off both sides and I was left with the bar like a plonker"
11 months ago
'Michael Murphy would be the No.1 transfer for every inter-county side'
11 months ago
"I see Mayo as dead men walking, ready to be taken out" - Colm Parkinson
1 year ago
"I don't believe for a second that his contact lens came out"
1 year ago
GAA Director General admits there is no plan in place if Dublin continue to dominate
Next Page