After 19 years in the Kerry senior football championship, Kilcummin are an intermediate club and they don't know what do with themselves.

They were relegated in 2017 and the appetite to get back up just doesn't seem to be there.

END_OF_DOCUMENT_TOKEN_TO_BE_REPLACED

They've no manager and there's only eleven or 12 players turning up to the field on Sunday mornings.

Their minor team won the county championship in 2010 and, in 2016, three of them - including Sean O'Leary - won glory with the East Kerry Divisional side at minor level too. For various reasons though, a lot of lads haven't shown a face yet with the adult team. That makes it even worse and morale is at an all-time low in east Kerry because everyone in the parish is well aware that, this is Kerry club football and if they don't get their acts together fast, they will be swallowed up and spat down to junior football just like that.

It's rock bottom and for a young lad like Sean O'Leary, who's just won an All-Ireland minor with Kerry in September 2017 -  this is galling. 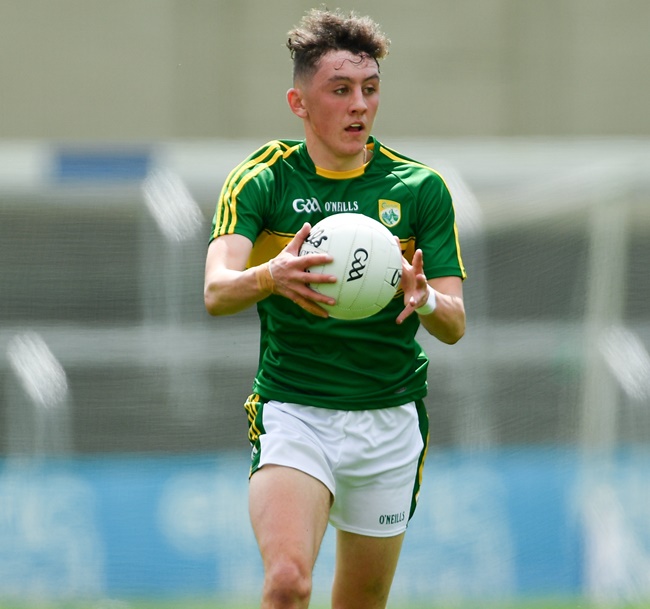 "After we lost to Rahilly’s to get relegated, the morale around the club was brutal," he says.

"Players were considering just packing it all in... we hadn’t seen a few players in a long time...A few players went back training in January last year, about ten or 11 players and they started themselves…"

END_OF_DOCUMENT_TOKEN_TO_BE_REPLACED

Sean O'Leary is on the train up to Dublin for a press day. Kilcummin are in the All-Ireland intermediate club final in a fortnight's time and they'll be back in the Kerry senior championship in two months.

12 months on and they've risen. O'Leary tells us how they got back on their feet again and how they started sprinting when they got there.

"Willie Maher - he’s a real club stalwart, he’s been in Kilcummin for the last 20 years and he’s trained loads of teams and every one of us has huge respect for him - he came in around February and it just went up and up...Everyone outside the club looking in thought we were goosed and could be looking at going down to junior, but we knew ourselves we were on form and we went into the intermediate in April absolutely flying."

"It all turned around so quickly, the morale just started building and the progress came..."

It all started with a one point win in their first championship game.

"That’s just been the theme of it for us this year, we won our first game in the Kerry intermediate championship in April by a point and we’d a man sent off in that game too. We’ve just learned to keep on working hard, keep on battling against anything that’s thrown at us...After we came out of that game with the one point win, the belief just started from there and it’s been up and up from there. 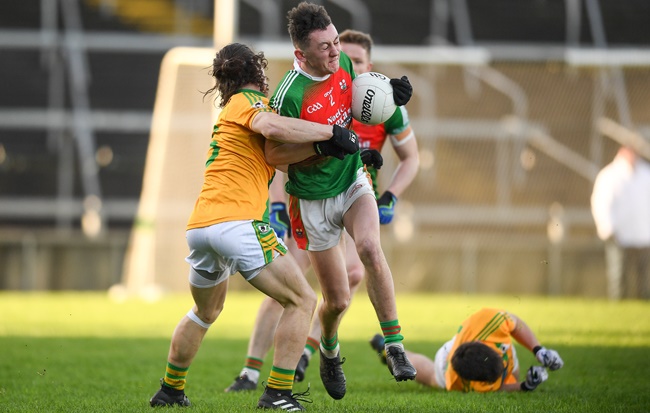 Many of their games this year have been won by tight margins. That's no coincidence.

They made it to the county semi-final and that was an achievement in itself. But these lads were hell-bent and they had some belief in the camp now.

"We came into the semi-finals as 11/1 outsiders. It was ourselves, Glenflesk, Templenoe and nobody gave us a chance..."

"We played Templenoe in the semi-final and they had something like four or five Kerry panellists. We were going into that game as massive outsiders like but we came out of it with a one point win again. It’s been that thing, even if we’re down by two or three points with five minutes to go, we just keep on grinding it out…"

"We played Glenflesk in the county final, we were down by one point at one stage in that too but we didn’t panic, we’ve a lot of experienced lads in the team and that’s been huge for us so far this year, lads that have been there around the block."

D-day isn't far away now and O'Leary is buzzing. He's played on the hallowed turf before, winning All-Irelands with his school and his county, but this place will never wear off on him. 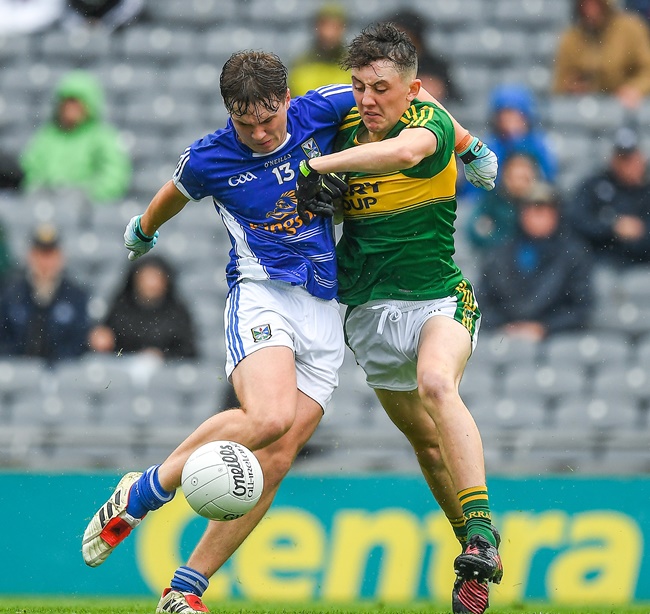 “Oh yeah, do you know, being up here in Croke Park, looking out at that pitch - it just gets the emotions going again, you just can’t wait to get out there, you could play in that pitch 100 times but it wouldn’t make a bit of difference, it’s unreal, you’re just buzzing. I’ve played there before with Kerry but it’s unreal to get there with the club, family, friends, lads you grew up with"

Then he takes a step back from it all. That competitive mentality, that winning mentality sets in.

"Brendan Kealy (kilcummin goalie), I was talking to him last week and he remembers the All-Ireland loss to Dublin in 2011 and it was his darkest memory, you don’t want that. It’s the same for Naomh Eanna, every team wants to come down to win."

Kilcummin are coming here to win. 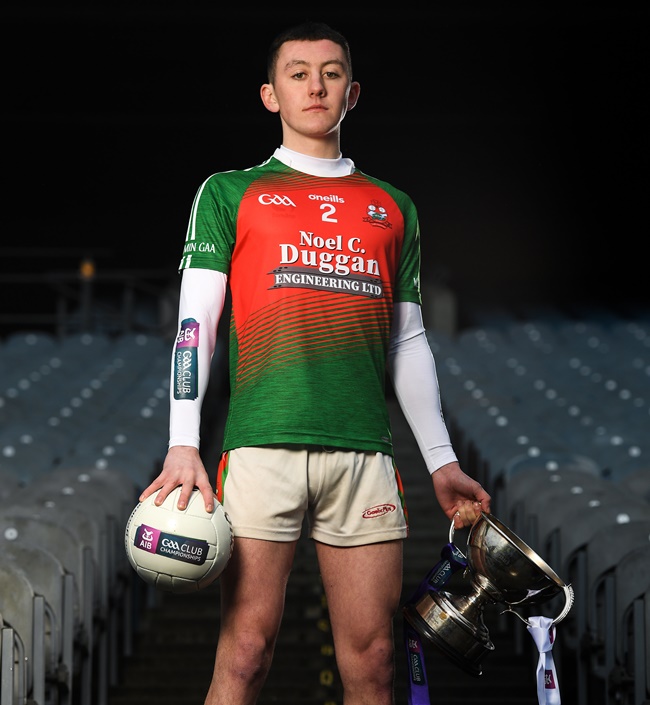 Sean OLeary of Kilcummin is pictured ahead of the AIB GAA All-Ireland Intermediate Football Club Championship Final taking place at Croke Park on Saturday, February 9th. For exclusive content and behind the scenes action throughout the AIB GAA & Camogie Club Championships follow AIB GAA on Facebook, Twitter, Instagram and Snapchat.


popular
Rangers legend says he and Roy Keane didn't speak during Man United spell
Patrick Vieira appears to kick fan after Everton defeat
Rory McIlroy response to doubters on his final hole was such a relief
PSG offer Kylian Mbappe 'complete control' with insane contract offer
Boris Johnson slams Jurgen Klopp for defending Liverpool fans booing national anthem
The coolest customer in hand-ball hoping to carry on the family tradition for Kilkenny
Your guide to a huge weekend of sport and how to watch it all
You may also like
2 years ago
Hard to argue with Club hurling team of the year as Ballyhale and Borris-Ileigh dominate
3 years ago
'The Iceman' inspiring Neil McManus to get the best out of himself and the Glens of Antrim
3 years ago
Quiz: Which classic club GAA player are you? Take the test to find out
3 years ago
Dr Crokes have a simple way to produce good footballers but not enough clubs do it
3 years ago
The best club football 15 in recent history
3 years ago
Six underage sensations who lived up to the hype
Next Page