If anything shows the importance of the GAA in Irish culture, then this is it.

100 years to the weekend of the Bloody Sunday tragedy that took the life of Tipperary footballer Michael Hogan and 13 others in Croke Park, the Premier County's footballers will wear a commemorative green and white jersey in their honour.

Call it fate, call it a coincidence but whatever it is that brought the Tipperary footballers back to the field on the centenary anniversary of that fateful day, it has a special feel about it.

A whole host of planned commemorative events had fallen through this year, but this Munster final surely beats all as a means of honouring those who have fallen. The Tipperary footballers, doing what their predecessors did, carrying on the legacy.

The jersey itself was recently approved by Croke Park and the fine touch by Tipperary GAA sponsor Teneo, to forego their sponsorship for the day that's in it is another mark of admirable respect. The work done by all involved to allow this to happen and indeed to raise awareness about this terrible day in our history, is remarkable.

The jersey itself has not yet been revealed but it will be similar to the two below.

100 years on from Bloody Sunday, the Tippperary footballers will wear the replica of the green and white jersey worn by their predecessors on that fateful day, in the upcoming Munster final v Cork 🟢⚪️ 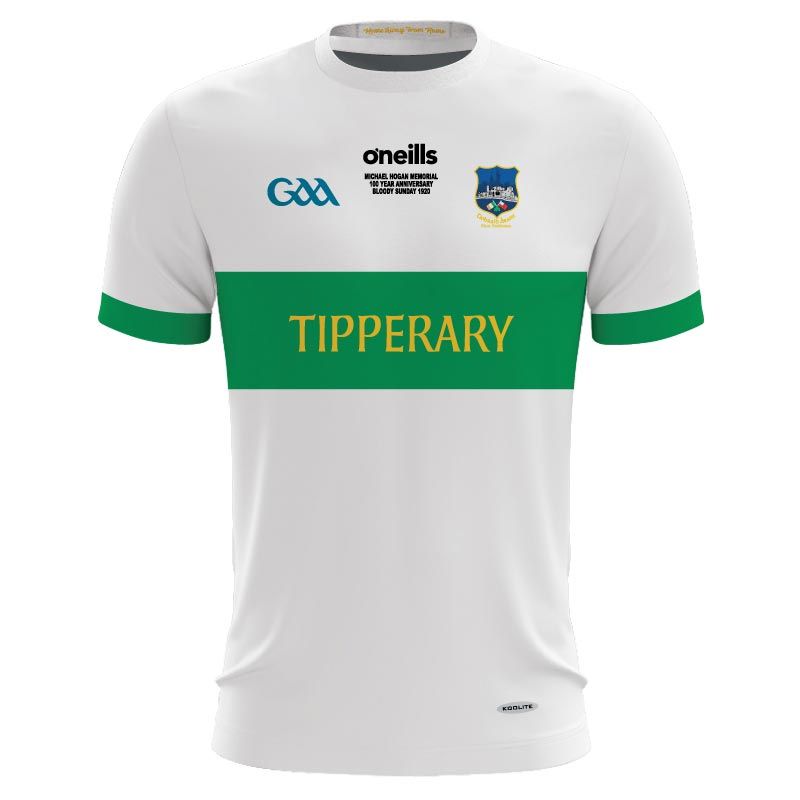 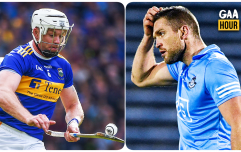 END_OF_DOCUMENT_TOKEN_TO_BE_REPLACED

Tipperary Team sponsor Teneo have agreed to forego their name on the front of this commemorative jersey in favour of the symbolic Tipperary name printed in gold across the front. Teneo Chairman and CEO and Tipperary native Declan Kelly congratulated David Power’s team on reaching the Munster Final and said he was “honoured to be associated with the Tipperary Senior Football team as we commemorate this very significant period in our history”.

No other event since the foundation of the Gaelic Athletic Association has affected our wonderful organisation so much as Bloody Sunday, a day in which Tipperary player Michael Hogan and 13 others were fatally wounded.

The Tipperary players and management of 2020 are honoured to wear the official replica green and white jersey in this year’s Munster Final and play their part in marking this historic anniversary event.


popular
Rory O'Connor gets Wexford out of jail as Shanagher throws it back
Conor McGregor sends message to new UFC lightweight champion
Alisson gives moving post-match interview after scoring late winner for Liverpool
Burnley report Leeds' Ezgjan Alioski over gesture made towards Dwight McNeil
The SportsJOE 12 o'clock quiz | Day 352
QUIZ: Can you name these La Liga cult heroes?
'Stop, stop, STOP!' - Texas crowd left stunned as UFC legend has arm snapped
You may also like
4 days ago
"The biggest thing for me is I made some great friends along the way" - Quinlivan enjoying every minute
2 weeks ago
The good times are coming back, non-stop GAA on tv for opening weekend
2 weeks ago
Recovery rooms and GAA's newest trend keeping players injury-free after fast start
3 weeks ago
Even with the sun shining on the Gold Coast, Orla O'Dwyer's mind is back in Tipperary
4 weeks ago
With her wand of a left foot, Orla O'Dwyer sets up goal of the year in AFLW grand final
1 month ago
"I don't think the League will be taken seriously" - Hogan calls on GAA to think about the club players
Next Page