"Unfortunately, this is not the speech I had anticipated... "

This could not have been easy.

Cillian O'Connor has a tough couple of months ahead of him and the fact that he has been here before will make it no easier for him. In the 2016 All-Ireland final, O'Connor stepped up and curled over a beautiful, equalising point.

In the replay, he was tasked with a tricky free that could have levelled that game but his effort went wide. On Sunday at Croke Park, there was a huge momentum shift when, with the scores level, his free from an acute angle struck the post. Within two minutes, Dean Rock was slotting over the free that won Dublin their three-in-a-row title.

Rock shrugged off any praise from RTE, after the game, for kicking that winning free. He was just doing his job. You feel that the free-takers deserve all the praise they get because theirs is an almighty burden. Rock scored and is the hero. O'Connor, well, another long winter awaits. 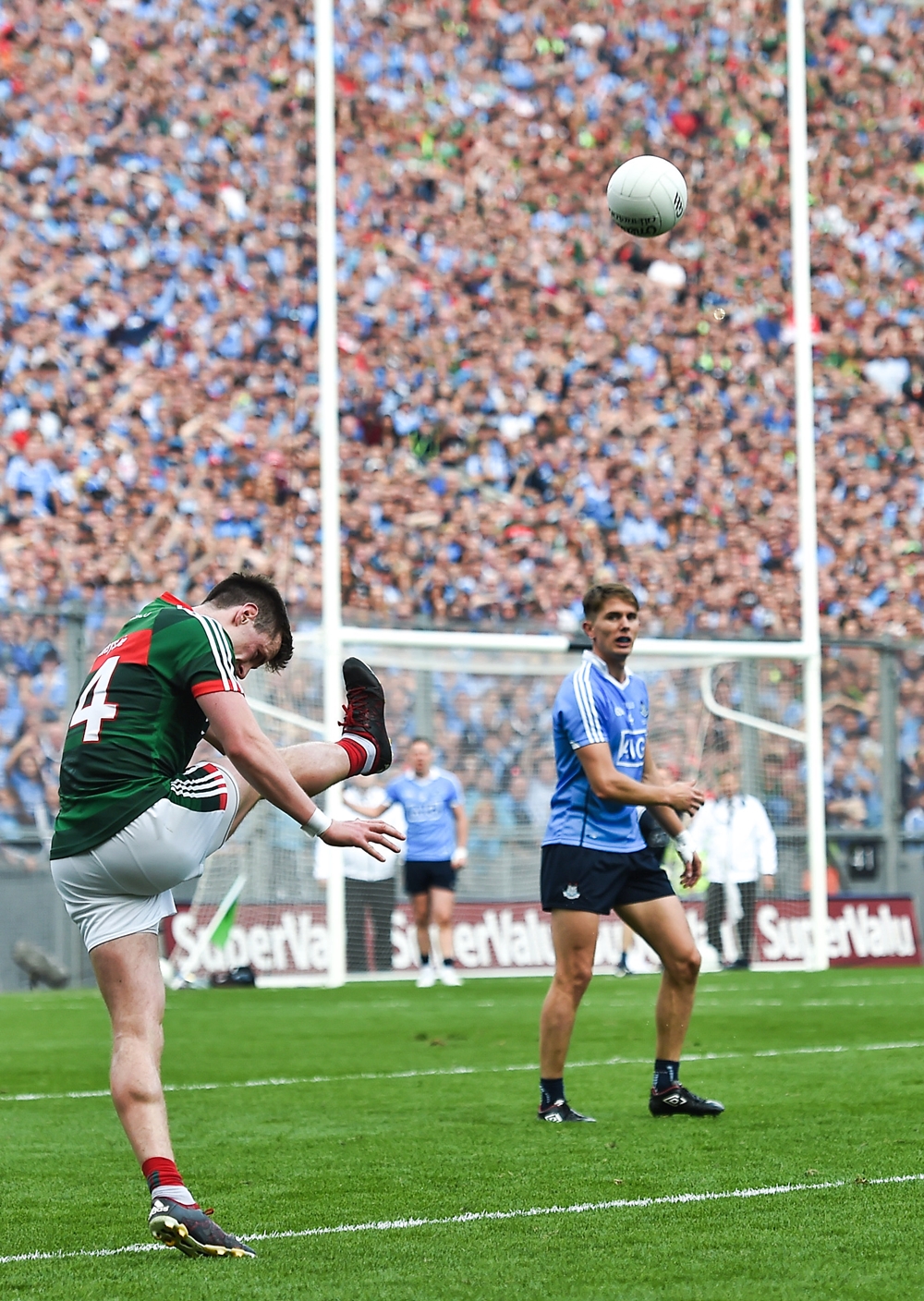 At the post-match banquet in a sombre, reflective Citywest Hotel, it was O'Connor that stood up to address the room and try to glean some positives from another chance missed at All-Ireland glory.

His five-minute speech [below] took a lot of courage and O'Connor did his team proud up on the stage. He commented:

"There is very little that I can say that can soften or reduce the sadness in all of us, as the players and management and supporters of the Mayo football can acknowledge. Defeat has visited us once again. In this very position last year, I spoke about fighting the good fight and hanging in there. Today, we did that. All year long, we've done that. For years, we've done that.

"But what's more, moving forward into the future, we're going to continue to fight the good fight."

Those words drew a rapturous reaction and, after thanking the management and backroom teams, O'Connor continued, "It's not a night for speeches and especially not from me.

"But, suffice to say, I couldn't be prouder of my teammates this year, for their efforts. Through countless hours - away from the television cameras and screens - either in matches or on training fields, not one of the 35 lads flinched or thought about throwing in the towel. They never gave in.

"Today, we have to admit, Dublin are worthy champions because they overcame great men. Those boys don't know the meaning of the word 'No' and they represent our county with pride every time they take to the field and we are very lucky to be blessed with boys like them."

END_OF_DOCUMENT_TOKEN_TO_BE_REPLACED

O'Connor finished off by thanking the Mayo supporters and he insisted himself and his team did not need any pity as, every evening, they are the lucky ones. "Every day we get to pull that crest onto our crests, we're privileged," he declared.

Here, courtesy of the Mayo GAA Banter page, is O'Connor's speech in full.

Well spoken by O'Connor. We're sure he will be back again next year and putting his hand up when there is a pressure kick on the table.


popular
ROG hits the nail on the head assessing Ireland's performance
The Ireland XV that should definitely start against Italy
Player ratings on a dismal day for Ireland in Twickenham
"Emotions will be charged" - Sean O'Brien backing Ireland for Triple Crown
QUIZ: How well can you remember this season's Premier League results so far?
"Next thing, all I see is this 'BANG' coming in over me... It was O'Driscoll"
Triple Crown wrenched away as England scrape Ireland off their boots
You may also like
1 month ago
"Growing up, I would always have been naturally fit"
2 months ago
Mayo confirm cult hero Ciaran McDonald has joined their coaching staff
4 months ago
"I was slow, I was never a David Clifford finisher" - Moran's modesty a genuine thing
4 months ago
"You've to work, pay bills, you've to deal with these massive changes" - former AFL star driving his club on
5 months ago
GAA JOE club team of the weekend
5 months ago
Dublin City traffic is bad, but the motorways don't get any shorter
Next Page