Calum Lyons: Hurling from the soul

On their holidays in west Cork, the Lyons family would often find themselves a man down.

For fear he'd miss a training session or worse again, a match, youngest son Calum used stay back home in Ballyduff Lower, where he'd booked in with his underage coach Alan Dempsey. 12 years of age and already a full-time hurler.

The youngster had nothing against the Cork coast but his priorities had been set. Training and games were at the top of the list, and hurling was in his dreams.

10 years on and he's living the dream. This Sunday, Calum Lyons will be right half back on the Waterford team that is aiming to win their first All-Ireland since 1959, and with a season of swashbuckling hurling behind him, the 23-year-old from Ballyduff Lower is central to his county's hopes.

He hasn't got here by chance.

Pass the Ballyduff Lower grounds any day of the week and you're in with a good chance of spotting him, Dempsey says. If he's not pucking, he's running and if he's not running he's coaching the youngsters who now look up to him. His exhilarating blend of driving athleticism and fearless dynamism has inspired them. Lyons attacks the ball without inhibition or trepidation and it has lit up the 2020 hurling Championship.

"No-one trained Calum to tell you the truth about it," the former Waterford minor coach and Ballyduff Lower club-man says.

"Calum trained himself. We were just a stepping stone for him. Because any time you pass the field, he's in there. Running, pucking, you name it - he never stops.

He's down with the young kids every chance he gets, he's always egging on other players. Even my own young fella, he gave up for a year and Calum was onto him the whole time 'come back, come back, come back.' He's never let the club down, he's such a good club man." 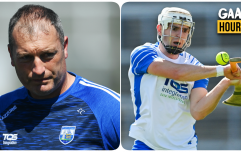 END_OF_DOCUMENT_TOKEN_TO_BE_REPLACED

What's often lost in the debate about the 'rigorous commitment required to be an inter-county player' is that to most players, it's not a commitment but a burning passion. To understand why hurling has such a hold on people, you have to know hurlers like Calum Lyons and you have to feel the pride it brings to places like Ballyduff Lower. 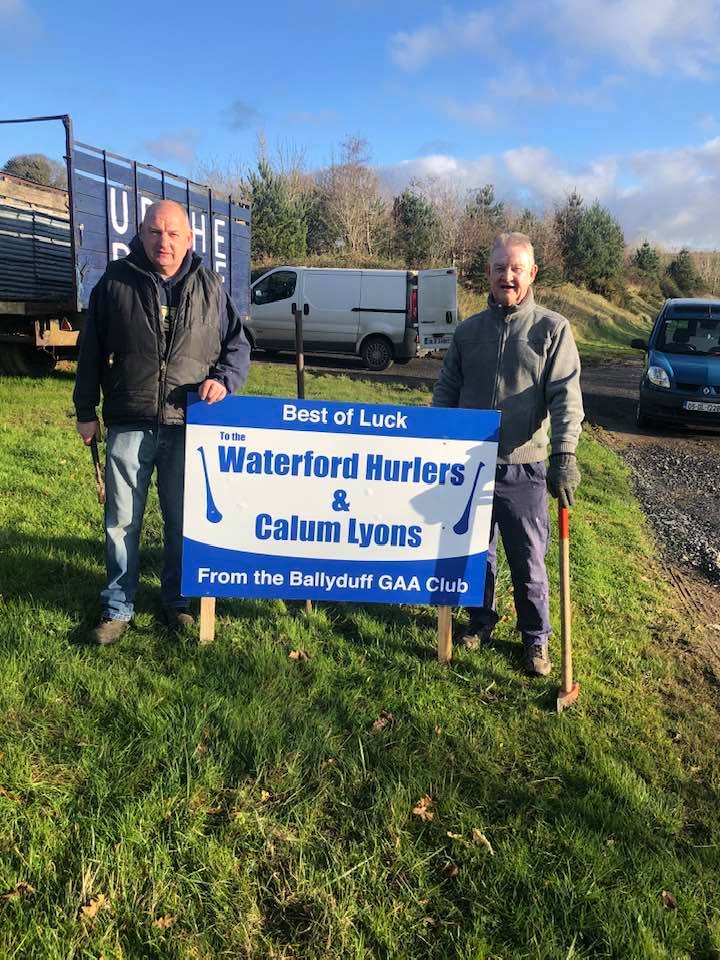 Those weren't sacrifices this fella was making aged 12.

Back then, there were more talented players in Waterford but there were few with his one-track-mind.

"As a young lad, he wouldn't have been a superstar as such, but he was always a very good hurler who had a great heart about him.

"Mikey Kearney for example, from Ballyduff Upper, would have been one of the superstars in Waterford underage. He had a year or two on Calum but even under-10, Calum would have wanted to mark him and they'd have a ding-dong battle. The same with Peter Hogan of Ballygunner. He always wanted to play on the best player, to try and improve himself.

"Nobody wanted it more than he did."

At underage level, Ballyduff Lower punched above their weight with the Dunphys and the Lyons' at the heart of it all. A couple of years back, Calum was presented with one of his first medals by Kevin Moran, who was one of his heroes at the time. On Sunday, they will be shoulder to shoulder in the Déise half back line. 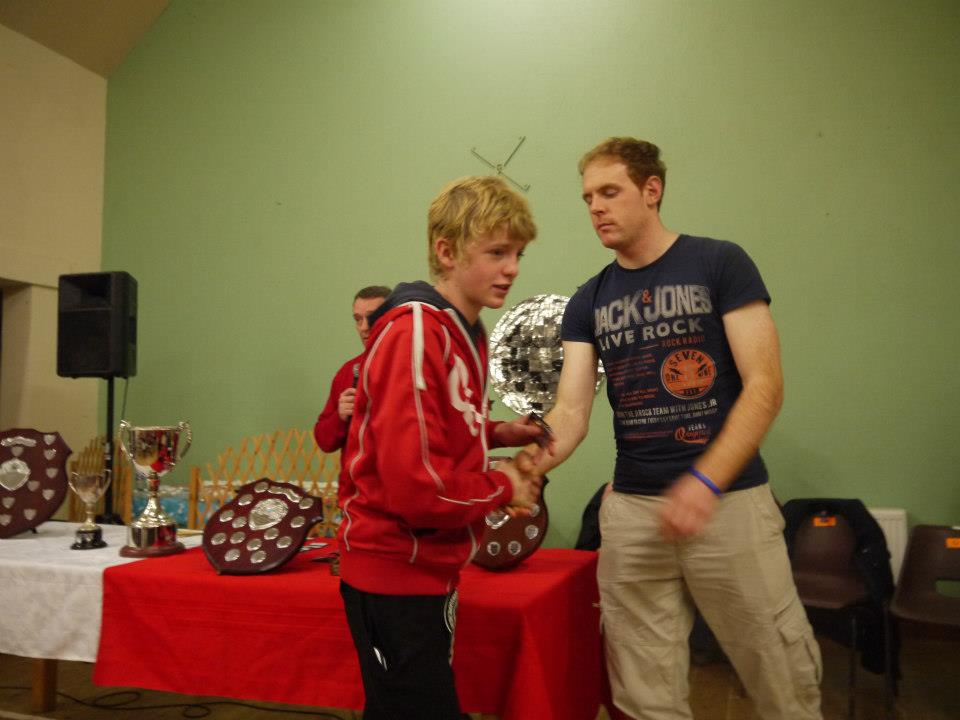 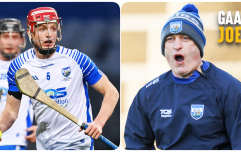 END_OF_DOCUMENT_TOKEN_TO_BE_REPLACED

"I remember a few years back. It was the day of the junior quarter final and we had 11 minors on the team. On the same day Calum had a bad dose of tonsillitis. He should have been nowhere near the field but he wanted to be there and he played corner forward. He scored 1-3."

It was a family affair too when Ballyduff Lower won the east Waterford intermediate championship earlier this year. Calum scored 1-7 in the final. Jack hit 0-7 and their father Sean was the manager. Hurling is in the blood.

"His mam was a senior camogie player with the Ardkeen club. His father Sean was part of that great Ballygunner team in the 90s - himself Stephen Frampton and Fergal Hartley in the half back line. Sean trains the adult team here and between Calum, his older brother Jack and Sean, they push the club on between them. His grandfather John Lyons was a huge influence on him too. Calum idolised him and John made sure that he was there to watch all of Calum's games. His brother Jack is a personal trainer and he'd have done a lot of work with Calum over the last couple of years and he's a fine hurler too, who also hurled with Waterford..." 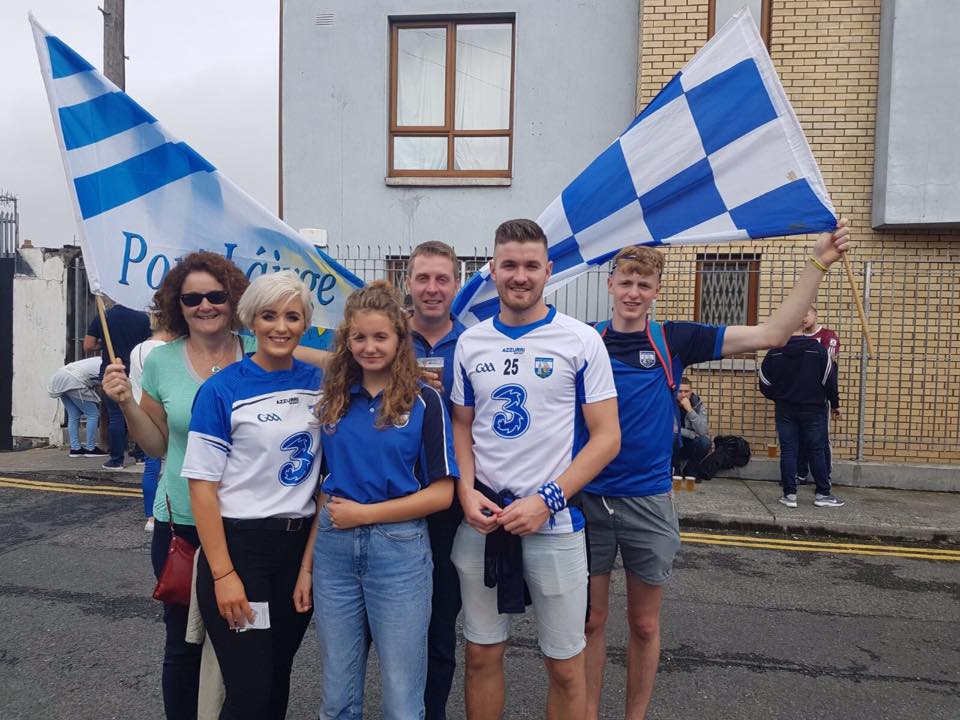 Dempsey paid tribute to Paraic Fanning for giving Calum his chance, and to Liam Cahill, who's will to win goes hand in hand with Lyons' ambition.

"Paraic (Fanning) brought Calum in and he brought four or five more - Conor Prunty, Jack Prendergast, Calum and these lads in for their first year and he backed them and he trusted them. There's no mention of Paraic this year but that bit of faith brought them all on no end and I know that would have meant a lot to them lads. Liam has done an amazing job too.

"As for Calum, it's no surprise to us that he's pushed onto county level. And do you know what, he's only getting better too. Like one of those good greyhounds, he's going to get better with age."

popular
"He looks the fool now" - Didi Hamann took exception to one magic Ronaldo moment
Southgate explains why he didn't move drinks bottles like Ronaldo and Pogba
Cristiano Ronaldo is not human. Not human at all
"Not good enough" - Roy Keane rips England a new one as Scotland keep hopes alive
QUIZ: Name these 50 Euro Championship goalscorers
ITV revisit Highbury tunnel incident, but viewers feel Keane asked wrong question
Ronnie Whelan criticised for his commentary of 10th minute stoppage for Christian Eriksen
You may also like
1 week ago
Galway's modern machine summed up by Shane O'Neill's shout at Daithí Burke
2 weeks ago
If you want to catch puck-outs, watch and learn from the Waterford master
3 weeks ago
Hayes and Flanagan get the road as Curran dazzles with his brilliance
1 month ago
Six minutes was all Alan Connolly needed to score two goals and set up another
1 month ago
Hard road takes a happy turn for Shanahan
3 months ago
Waterford player's winding road to camogie All-Star an inspirational thing
Next Page