We have been saying all year that this Derry team have been coming, and today, against Tyrone in Healy Park, they have well and truly arrived.

The All-Ireland champions were in their own backyard, just two weeks after taking care of business against Fermanagh, and all of the momentum was looking to be in their favour. 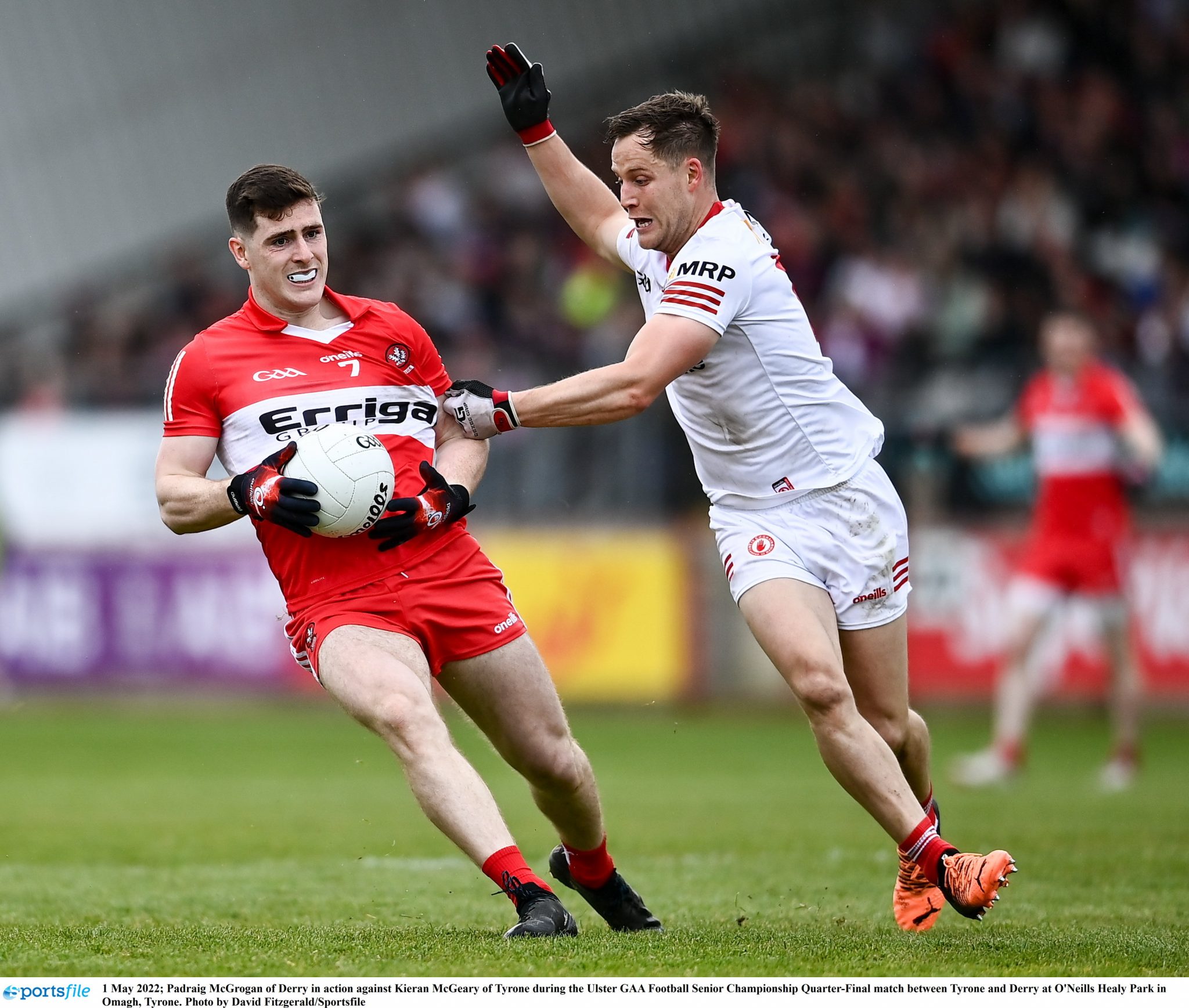 END_OF_DOCUMENT_TOKEN_TO_BE_REPLACED

Tyrone's already strong squad was bolstered when Connor McKenna got his ban overturned and Peter Harte returned from injury to start the game.

Then you looked at Derry, who had a strong league campaign, but one which still ended disappointingly for them, and from the outset they were to now miss key players like Ciaran McFaul and Emmet Bradley.

However, that's where the good news stopped for Tyrone, as the day undoubtedly belonged to the Oakleaf county. 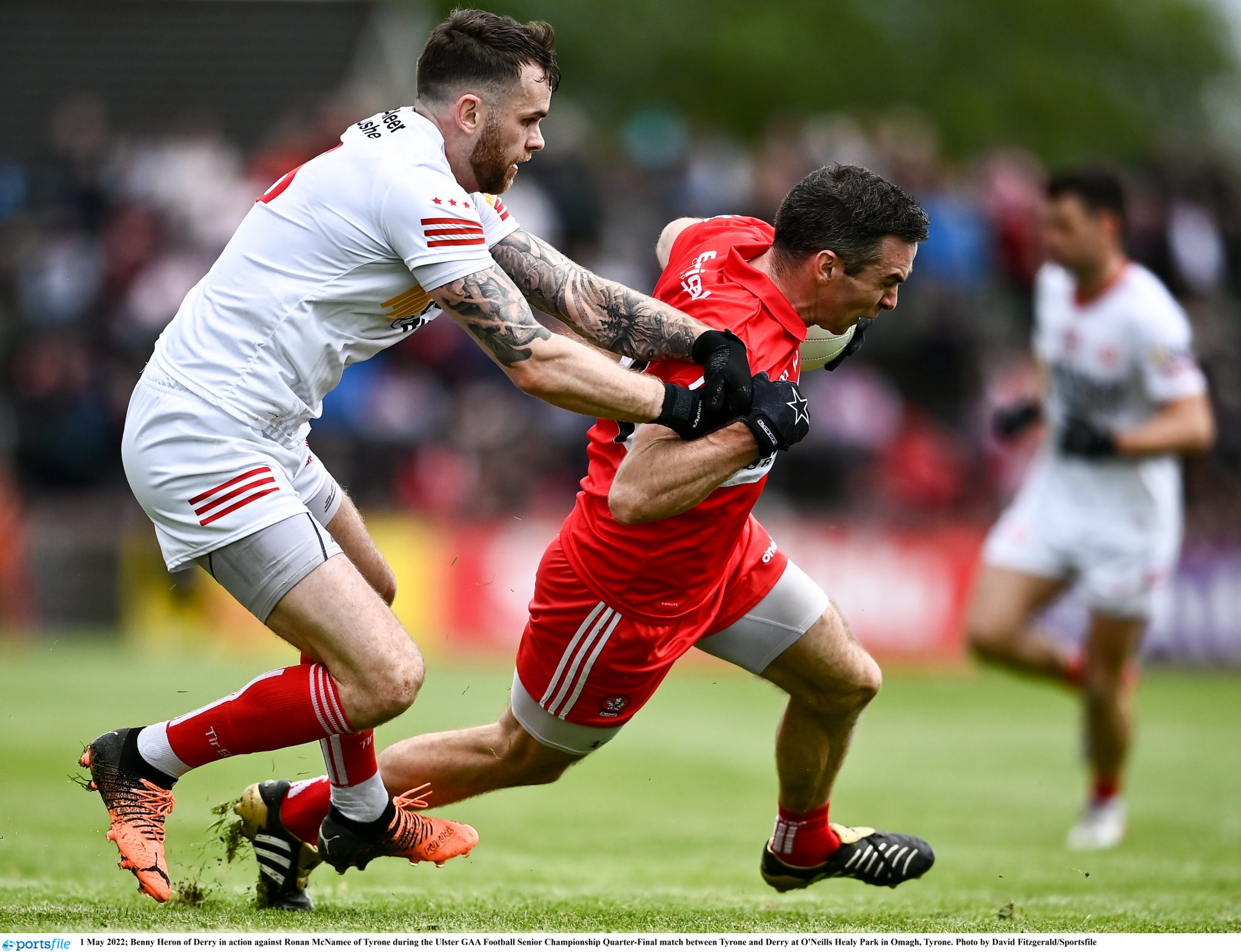 END_OF_DOCUMENT_TOKEN_TO_BE_REPLACED

Rory Gallagher's side bolted out of the gates, hitting a crazy level of intensity from early on; one that just never dropped.

They pulled a masterstroke by playing Gareth McKinless in midfield and his performance, particularly in the first half, was outstanding.

Tyrone were struggling pretty much all over the park and when Brian Kennedy - the colossus of a midfielder for the Red Hands - finally caught a high ball from the kick out, he made the ridiculous impulse decision to kick out at McKinless. 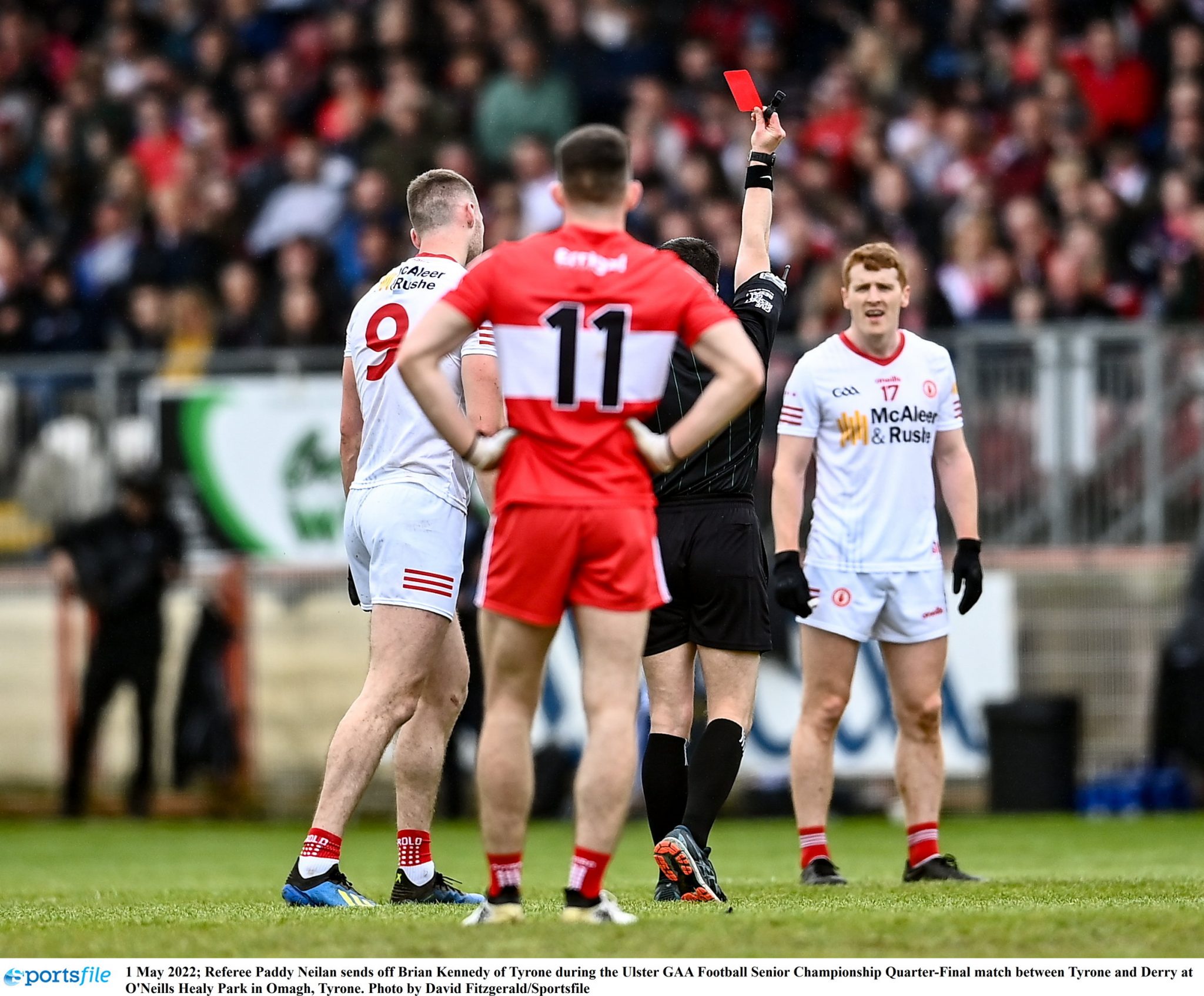 END_OF_DOCUMENT_TOKEN_TO_BE_REPLACED

Now down to 14 men, Derry just took control, and a penalty converted by Shane McGuigan meant that they went into half time seven points clear, while the reigning Ulster champions had only managed a single point from play.

The second half was no better, as Cathal McShane was hooked off for Darragh Canavan to try and create some movement in the forward line, and despite some success and moments of brilliance from Darren McCurry, they had no luck.

Hard to believe that things only got worse from there, as Conor Glass dominated the middle of the park, while Conor Doherty was just oozing class for the whole 70 minutes plus. 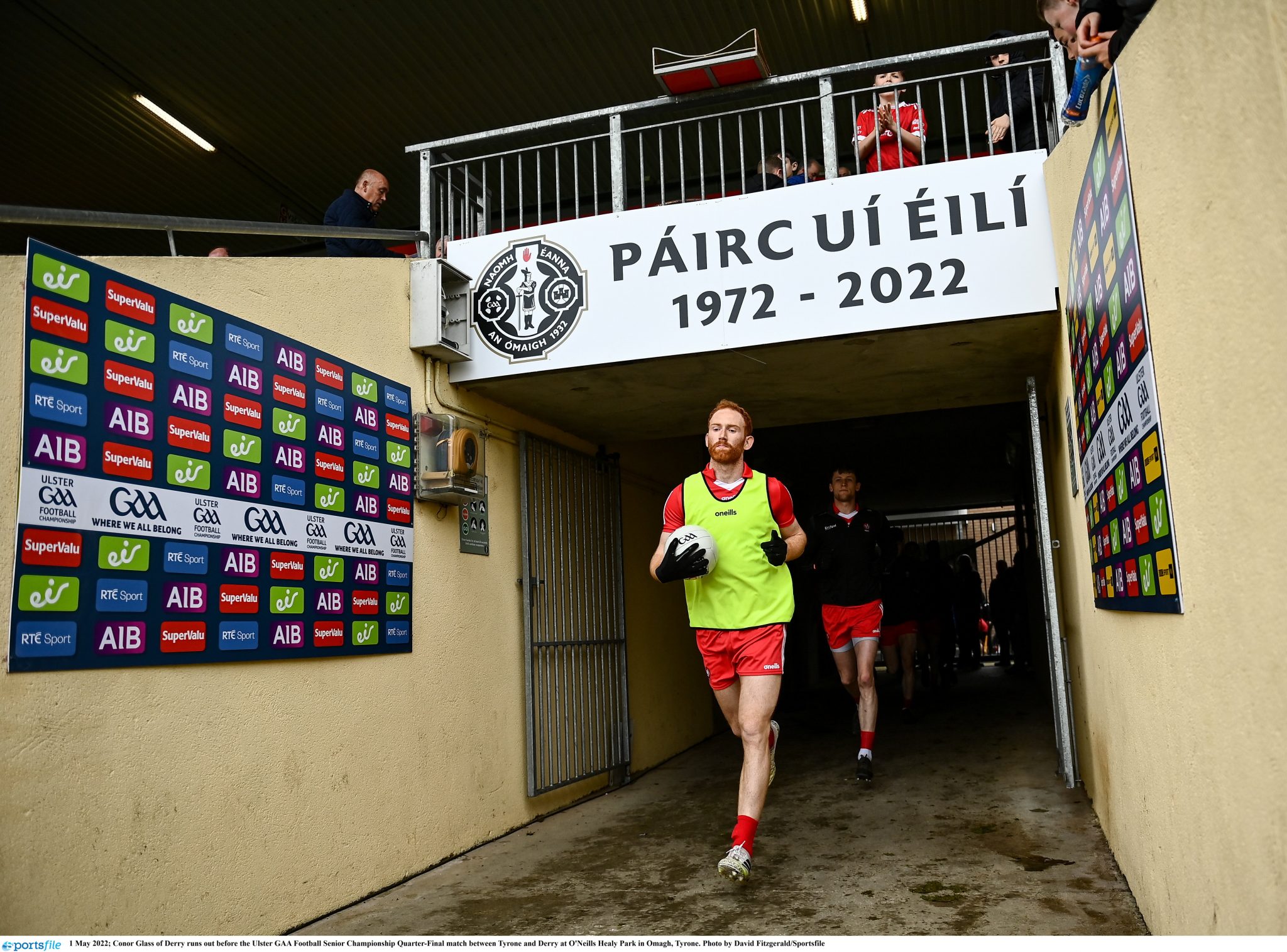 Then in yet another moment of madness, Conor McKenna - who was already on a yellow card - throws a ball at an opposition player, which meant that he was further sent off, leaving the champs down to 13 men.

McGuigan kicked a late scored that was followed by a huge fist pump to the crowd - no man knows more than the Slaughtneil forward about just how much this means to the Derry faithful - it's been a long time coming. 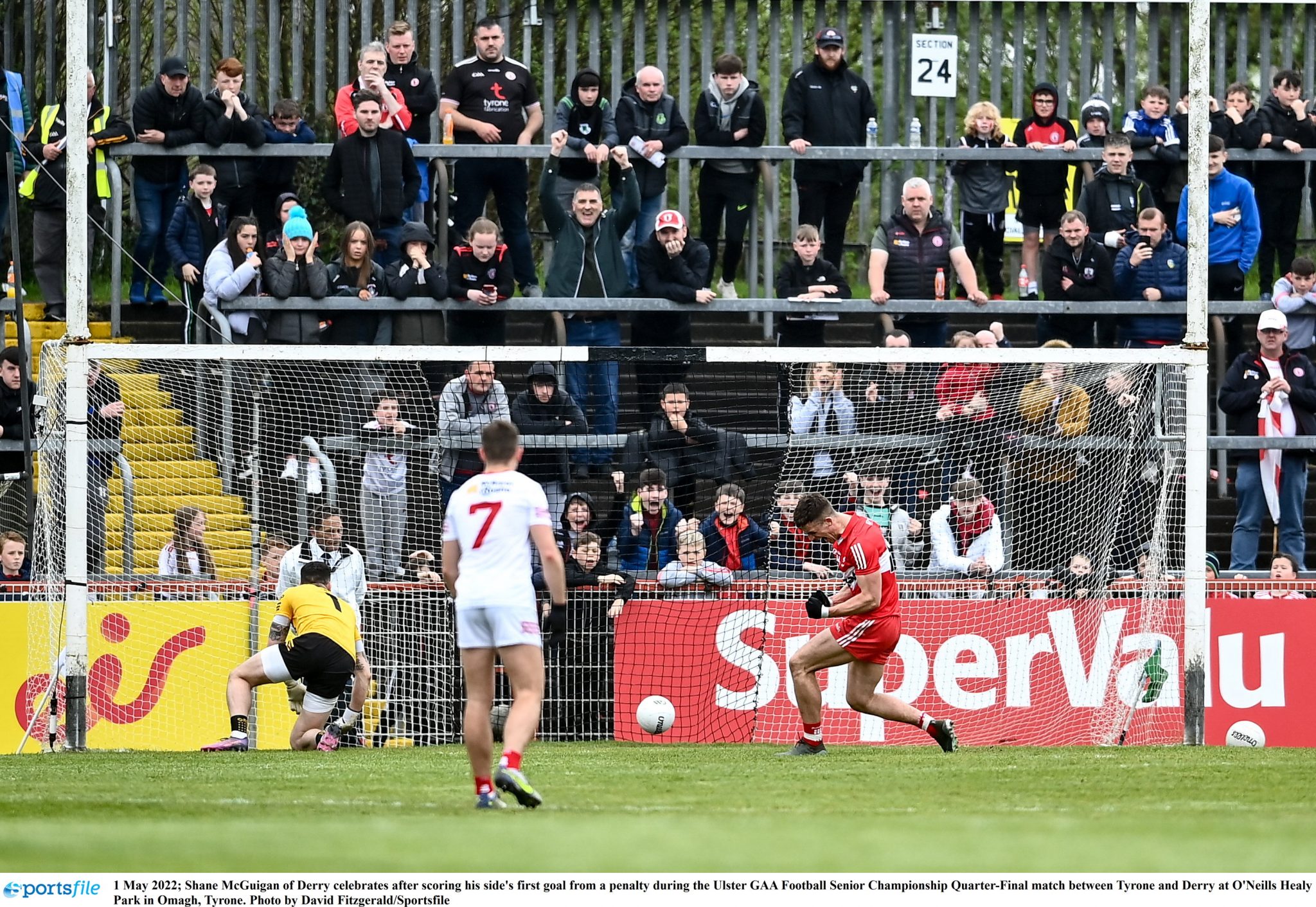 Remarkably, only three of the current Derry players that started the game had actually won a championship match before today, but with this momentum and belief behind them, it certainly won't be their last.