Three-time All-Ireland winner Alan Brogan has said that he can't understand the calls for Dublin to move out of Croke Park ahead of this summer's inaugural Super 8 series.

The four winners from the provincial championships will be joined in the Super series by the four teams that successfully come through Round 4 of the qualifiers to form two groups of four where the top two teams in each group will advance to the All-Ireland semi-final. 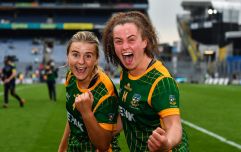 END_OF_DOCUMENT_TOKEN_TO_BE_REPLACED

The GAA's decision to play two Dublin games at Croke Park, where Jim Gavin's side have not lost in the championship since 2014, has rankled with many but Brogan claims he can't see the reason in moving Dublin away from headquarters given the crowds that Dublin regularly attract.

82300 attended Dublin Donegal in all ireland quarter final in 2016.. are we really suggesting moving a game of thay magnitude out of croke pk..

There have been many against the move to award two Dublin games with those opposing the decision highlighting a failure from the GAA to acknowledge or recognise the legitimacy of home advantage.

GAA have done the right thing in the interest of fairness. Now how about Dublin having two Super 8 games in Croke Park? Absolutely unfair on Donegal.

Surely Donegal shouldn't have to play two away games?

Kildare deserve a lot of credit for refusing to be pushed around by Croker. Should be a similar protest by Donegal and the other county is in Dublin's Super Eight group when Dublin's two home games are confirmed.

But this (and the fact that UNBELIEVABLY Dublin are going to get two home games in the Super 8s) is emblematic of a refusal to recognise how important home advantage is. Maybe the hurling round-robins this year will help the penny to drop

From the GAA on Super 8s. Dublin v Donegal in Croke Park plus Dublin's third game. They will get two home games. Well done, Goldman Sachs.

Confirmed that Dublin will have two round robin games at Croke Park. The county that needs the least assistance already gets the most from the #GAA, and now here's another leg up.

By giving Dublin two home games, the Ulster champions are being punished.

Me: it’s not fair Dublin having 2 super 8’s in Croker

Me: I didn’t say it was
moron : then why bring them into it?
Me: it’s impossible not to, it’s about them
moron : see you’re making it about them. Obsessed

Colm Parkinson spoke about the recent ground selection issues on the latest episode of The GAA Hour:

"I've never seen a reaction to a decision by the GAA like this before in my life," said Parkinson in relation to the GAA's initial decision to host Kildare's round three qualifier with Mayo at Croke Park instead of St. Conleth's Park in Newbridge.

"I think it was a build up. It was a build up of so many decisions by the GAA without consulting players that didn't really have players' situation in mind.

"We saw it in the league this year, we saw them changing games from a Sunday to a bank holiday Monday without any consultation with players.

"We saw Wicklow not allowed play them in Aughrim, all to satisfy supporters. Not a notion given to what actually suits players.

"We see Kildare being sent to Croke Park, we see Dublin being given two Super 8 games in Croke Park, all for financial purposes and not, for what as far as I'm concerned, are the most important people in the GAA: the players."


popular
"I never really cried or got emotional over what I've done as an individual. I couldn't give a s***"
"If I break my wrist, it's on f***ing both of you." - Koepka and Berger act the spoiled child
"I was off the grid" - Aidan O'Shea respond's to Mayo criticism after club championship win
The FootballJOE Pub Quiz: Week 7
Garry Ringrose raves about four young Leinster stars to watch this season
'I won The Open by six shots in my home country, but this was the best week of my golfing career'
Galway fans' frosty reception for Davy Fitz doesn't make any sense

You may also like
1 month ago
Mayo have found the road to Sam Maguire and turns out it's on the N5
1 month ago
Aidan O'Shea's reaction to being subbed off against Dublin revealed a lot about his character
1 month ago
"Anti-Dublin bias is the biggest load of b*****ks" - Oisin McConville clashes with former Dublin star
1 month ago
"Have a bit of respect for your teammates" - Aaron Kernan questions the manner of Stephen Cluxton's absence
1 month ago
"What was Aidan O'Shea doing? He had a stinker" - Aaron Kernan reacts to O'Shea running onto the field during altercation
1 week ago
Mass brawl breaks out at end of Laois senior football clash
Next Page