Scotstown got out of jail in Omagh.

The favourites for the Ulster championship were fancied to coast through to the final. Eoghan Rua Coleraine had different ideas, very different ideas indeed about the whole thing.

The four-in-a-row Monaghan champs haven't won in Ulster with this team and it looked for the majority of the second half as if these provincial yips were going to continue this year.

That was despite an explosive opening to the game.

An Bhoth got off to a belter of a start to settle themselves into it, their dancing half forward Conor McCarthy dazzling the Derry defence with his fancy footwork before slotting home an early goal off the left. 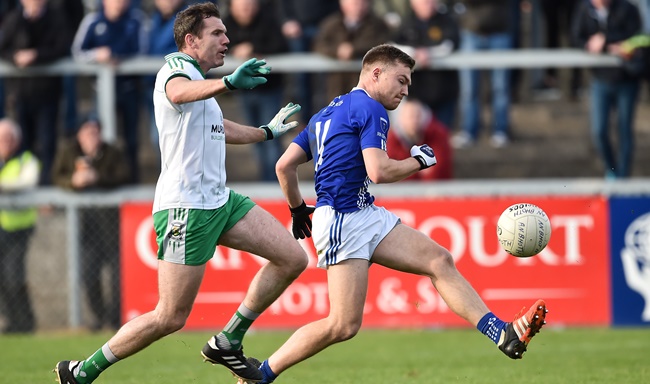 Eoghan Rua didn't panic though. They took everything in their stride.

Half back Ciaran Mullen ghosted forward to bury in a goal after nineteen minutes and they began to take over this game then. Ruairi Mooney and Gavin McWilliams slotted a couple of points and Scotstown were coming back to them.

They edged into the lead just before half-time and it was game-on in Tyrone.

END_OF_DOCUMENT_TOKEN_TO_BE_REPLACED

Eoghan Rua began the second half like they ended the first, like winners. Ruairi Mooney rattled the net for them four minutes into it and it looked like this was going to be a familiar tale of Ulster upset for the men of Monaghan.

But to their credit, they stayed on battling.

They were down by three with five minutes left, down by two with three minutes left. The McGoldricks were all thundering into it for Eoghan Rua, Conor McCarthy was still dancing for Scotstown.

He'd been playing the game from well outside his own goals all day but with this one really in the melting pot, he stood even taller.

He sent a clutch free over with three minutes of the game left to keep Scotstown alive.

Rory Beggan did this to win it.

Listen to that @ScotstownGAA roar as Rory Beggan does it again 🔥🔥🔥 pic.twitter.com/nsc5gpc2K8

They were all taking about him.

Man beside me just said “ if Beggan had been in goals for Coleraine they’d have won by twenty points.” Scotstown won all of their kick outs. Coleraine only a few of theirs. And Beggan nailed the winning free from 48 metres

What a month he's had.


popular
QUIZ: You have 30 seconds to answer this one tricky football question
The SportsJOE 12 o'clock quiz | Day 286
You'll have to be a diehard fan to get 20/20 in this Liverpool players of the 90s quiz
Here's a list of 23 people who own a greater share of the UFC than Conor McGregor
SportsJOE 2000s Football Quiz | Round 11
Wayne Rooney story about Memphis Depay shows why he failed at Manchester United
If Twitter was around for 1994 Hurler of the Year farce, it would have been pure carnage

You may also like
11 months ago
You'd love to have Niall Kearns on your team
1 year ago
Magheracloone: Back from the brink
1 year ago
How Monaghan club recovered from losing it all in a tale of determination and unity
1 year ago
Ciaran Thompson's joke of a left peg shows Naomh Conaill can do it every way
1 year ago
Defenders do everything right yet Conor McManus kicks boomer off balance and off the left
1 year ago
Penalties the name of the game but surely there's a better way
Next Page