When George Best predicted his outrageous nutmeg on Johan Cruyff

Another footballing star has dimmed. Johan Cruyff passed away at his family home, in Barcelona, this morning.

While the footballing world mourns the 68-year-old's passing, some fantastic stories from his playing career have emerged.

One such tale involves the meeting of Cruyff and George Best when his Dutch side took on Northern Ireland in 1976.

Ahead of the game, Best was chatting with journalist Bill Elliot when Cruyff's name cropped up.

Elliot: What do you think of Cruyff?

Elliot: Better than you?

Best: [Laughing] You’re kidding aren’t you? I’ll tell you what I’ll do tonight… I’ll nutmeg Cruyff the first chance I get. 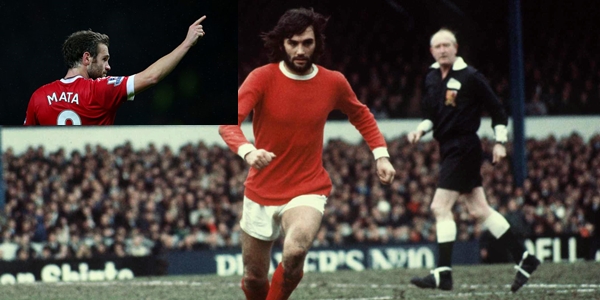 Elliot since gave his take on how Best's prophecy came true:

"Five minutes into the game Best received the ball wide on the left. Instead of heading towards goal he turned directly infield, weaved his way past at least three Dutchmen and found his way to Cruyff who was wide right.

"He took the ball to his opponent, dipped a shoulder twice and slipped it between Cruyff’s feet. As he ran round to collect it and run on he raised his right fist into the air.

"Only a few of us in the press box knew what this bravado act really meant. Johan Cruyff the best in the world? Are you kidding? Only an idiot would have thought that on this evening." 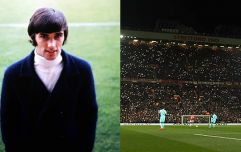 END_OF_DOCUMENT_TOKEN_TO_BE_REPLACED

The Netherland's drew 2-2 with Northern Ireland that evening.

Jimmy Nicholl, who played in the game, said, "I remember standing back and watching him, nutmegging Cruyff and Johan Neeskens, it gave you a lift.

"You felt 'Right, here's one of the best players in the world, if not the best, playing for us [and] nutmegging their two best players... Go on then; we deserve to be here."