Players from the United States women's national team have reached a $24m (£17.7m) settlement agreement with the US Soccer Federation (USSF) after a long-running legal fight.

28 members of the USWNT begun legal action against the federation in 2019, months before successfully defending their Women's World Cup title, with the lawsuit relating to equal pay and working conditions.

END_OF_DOCUMENT_TOKEN_TO_BE_REPLACED

The dispute, however, dates back to 2016, when a complaint was first filed to the U.S. Equal Employment Opportunity Commission.

The agreement reached between the two parties, agreed this month, will see $22m (£16.2m) in back pay split between the 28 players with a further $2m (£1.4m) given to post-playing careers and charitable endeavours. Moving forward, it will also see equal pay divided between the US men's and women's teams.

The deal will be ratified once a new collective bargaining agreement (CBA) has been agreed between the USWNT Players’ Association and the USSF. 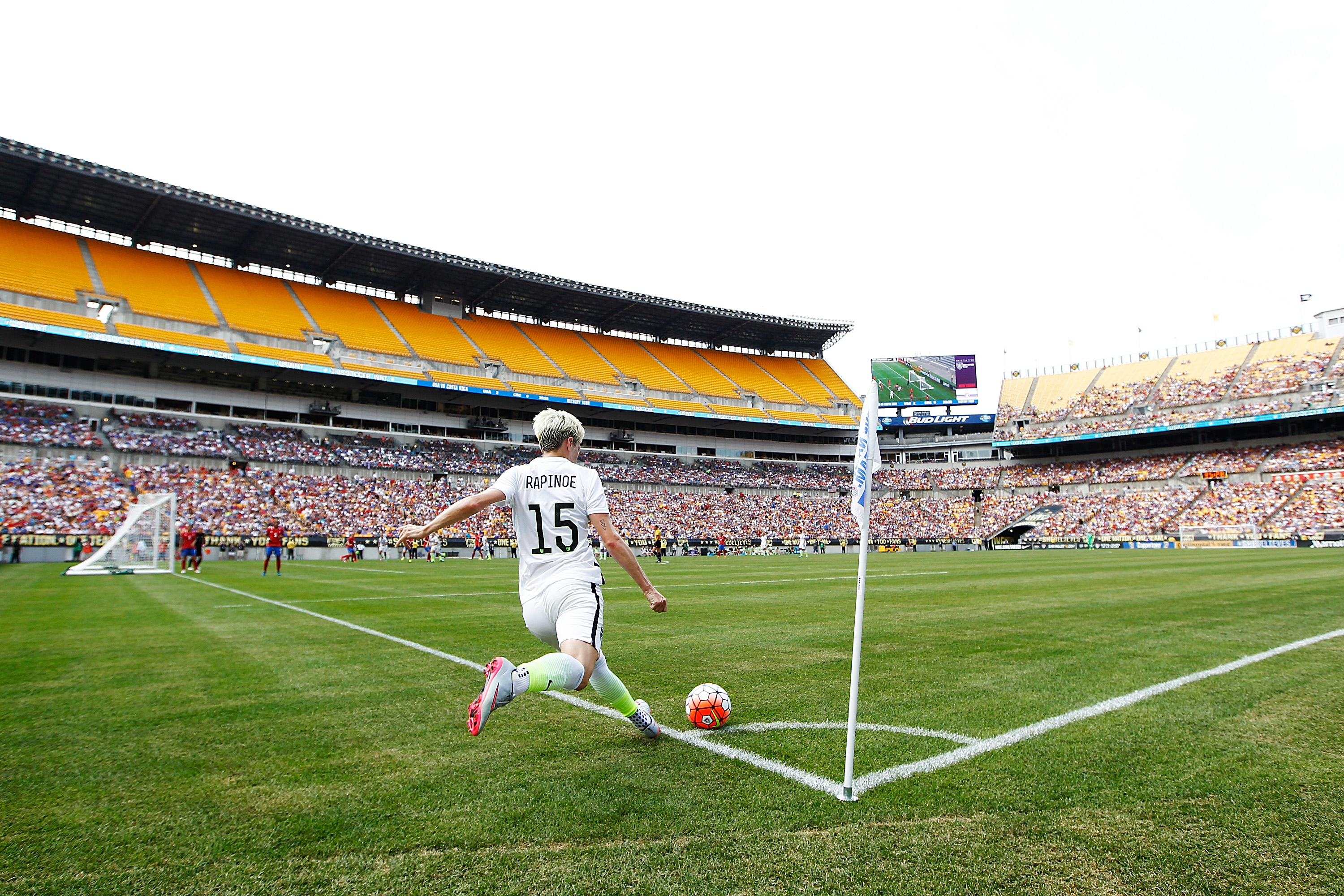 Megan Rapinoe #15 of the United States in action against Costa Rica, in August 2015. (Photo by Jared Wickerham/Getty Images)

END_OF_DOCUMENT_TOKEN_TO_BE_REPLACED

2019 Ballon d'Or winner Megan Rapinoe, who captained the US to World Cup victory in France in 2019, welcomed the agreement.

"We’re so happy," she told  The Athletic.

END_OF_DOCUMENT_TOKEN_TO_BE_REPLACED

"We feel like this is a huge win - obviously contingent upon the ratification of the CBA- but it will have equal pay on everything moving forward.

"It’s honestly kind of surreal. I feel like I need to take a step back. We’ve all been in the trenches of it for so long. I think I honestly don’t even understand how monumental this is."


popular
"Every team did it!" - Paul O'Connell on Roy Keane comment to Ronan O'Gara that he couldn't deny
"It's crazy to think Bundee Aki might come straight in and start against Wales"
Five confirmed changes and guidelines to have big impact on 2023 Six Nations
Owen Farrell praises Johnny Sexton in revealing interview ahead of Six Nations
Ireland set for 82,000-seat World Cup opener as Arsenal reject huge Katie McCabe bid
CCCC order replay of All-Ireland club football final
Shane Lowry confirms amicable split from caddie after four and a half year partnership
You may also like
2 days ago
"Not cool" - Jurgen Klopp far from happy with question about late Liverpool fouls
2 days ago
John Egan breaks Wrexham hearts and denies Ryan Reynolds a Hollywood ending
2 days ago
Ryan Reynolds makes bullish prediction ahead of Wrexham's big FA Cup moment
2 days ago
Former England captain says Fabinho should have sent off for Evan Ferguson challenge
2 days ago
British publication urges Gareth Southgate to claim Evan Ferguson for England
5 days ago
Roy Keane on Man United's two most improved players since Ronaldo left
Next Page