'I've never felt what I felt coming into the stadium today.'

Seamus Coleman credited Everton supporters for the atmosphere they created as the Toffees beat Chelsea 1-0 at Goodison Park on Sunday.

Richarlison's 46th-minute strike was the only goal of the game whilst Jordan Pickford put in a man-of-the-match display to secure all three points for the Toffees.

The victory leaves Everton two points behind 17th place Burnley with a game in hand, as they battle to avoid relegation from the Premier League. 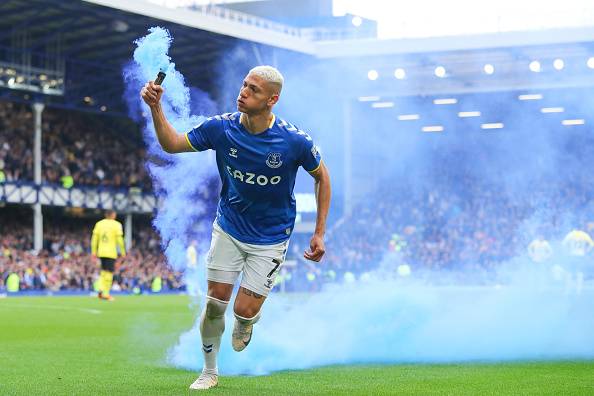 Coleman, 33, was in awe of the atmosphere at Goodison Park for the match against Frank Lampard's former side.

END_OF_DOCUMENT_TOKEN_TO_BE_REPLACED

The former Sligo Rovers defender was amazed by the passion the supporters showed throughout the game, suggesting "you might as well hang up the boots" if it didn't motivate the players.

Coleman insisted his side must "keep battling" if they are to remain a Premier League club next season. 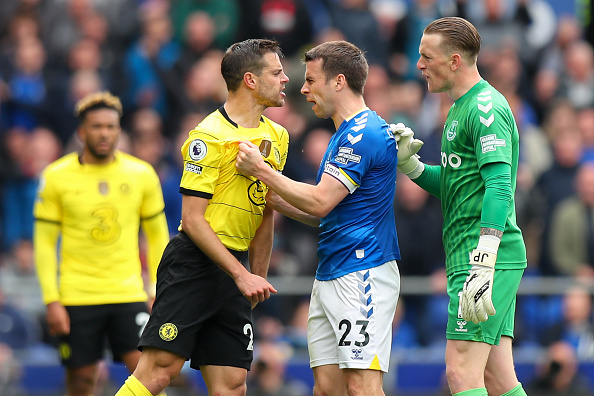 "I'll be honest, I've been here a long time, and I've never been in this situation before but I've also never felt what I felt coming into the stadium today," Coleman told Sky Sports.

END_OF_DOCUMENT_TOKEN_TO_BE_REPLACED

"The flares, the genuine passion on grown men's faces when they were singing Everton songs. You know, if that doesn't touch something with you as players, you might as well hang up the boots.

"We definitely got an extra few per cent going into that game. To be honest, we done that for them today because we know how they are hurting. But again, we've got to keep going and we've got to keep battling."

🗣 "There's a reason why he's England's number one. Some of the saves were world class."

Seamus Coleman was full of praise for Man of the Match Jordan Pickford after a vital win against Chelsea 🧤 pic.twitter.com/ppF8yofh2x

Everton play Leicester City away at the King Power Stadium next Sunday as they continue their fight against relegation.


popular
Ireland player ratings as Stephen Kenny’s team survive scare against Armenia
When Roy Keane rinsed Mick McCarthy with the mother of all comebacks on first Ireland trip
You'll be doing well to get 20/20 in this 2000s Gaelic footballers quiz
Ireland U21s miss out on European Championships after devastating shootout drama
Peter O'Mahony riled by "petulant s**t" as Munster toasted by Dragons
Jamie Carragher recalls time he deliberately went after Liverpool teammate in training
Grim injury news for Seabelo Senatla after Bundee Aki's red card clear-out
You may also like
1 week ago
Why have some Premier League games been postponed this weekend?
1 week ago
Your guide to a great weekend of football and rugby and how to stream it all
2 weeks ago
English football could be postponed for a second weekend
2 weeks ago
Thomas Tuchel releases emotional statement after Chelsea sacking
2 weeks ago
Fears of fans disrespecting the Queen 'was a factor' in football postponement
2 weeks ago
Dublin could host Champions League games next week
Next Page