"I was tough on him over the last year or two."

One swallow does not make a summer. Three Marcus Rashford goals do not make a resounding, permanent comeback, but the arrows are pointing upward.

The Manchester United forward following up his winner against Liverpool by scoring two second half goals to sink Arsenal, at Old Trafford. Having scored a brace against the Gunners on his Premier League debut, in 2016, he had been held scoreless in 13 games against the Londoners. On Sunday, he was back with two bangs.

Asked, after his side's 3-1 win, what the biggest change that was taking hold at Erik ten Hag's Manchester United, Rashford told Sky Sports, "Togetherness, for me.

"You only win these types of games when you're in a team and we showed in the last few games, being 1-0 up that we can see a game out but we had to be ruthless to get more goals.

"We got two more goals in the second half when we could’ve had more so definitely something to work on, build on and take it into the next game. It's a great feeling, you do miss it as a player. Hopefully I can stay fit, stay healthy and keeping performances out like that."

END_OF_DOCUMENT_TOKEN_TO_BE_REPLACED

Following the game, Roy Keane was effusive in his praise of a player he admitted he had been "tough on" over the past two years. When you look back on past Keane comments, it is clear that the former United captain with what he saw as unfulfilled potential. 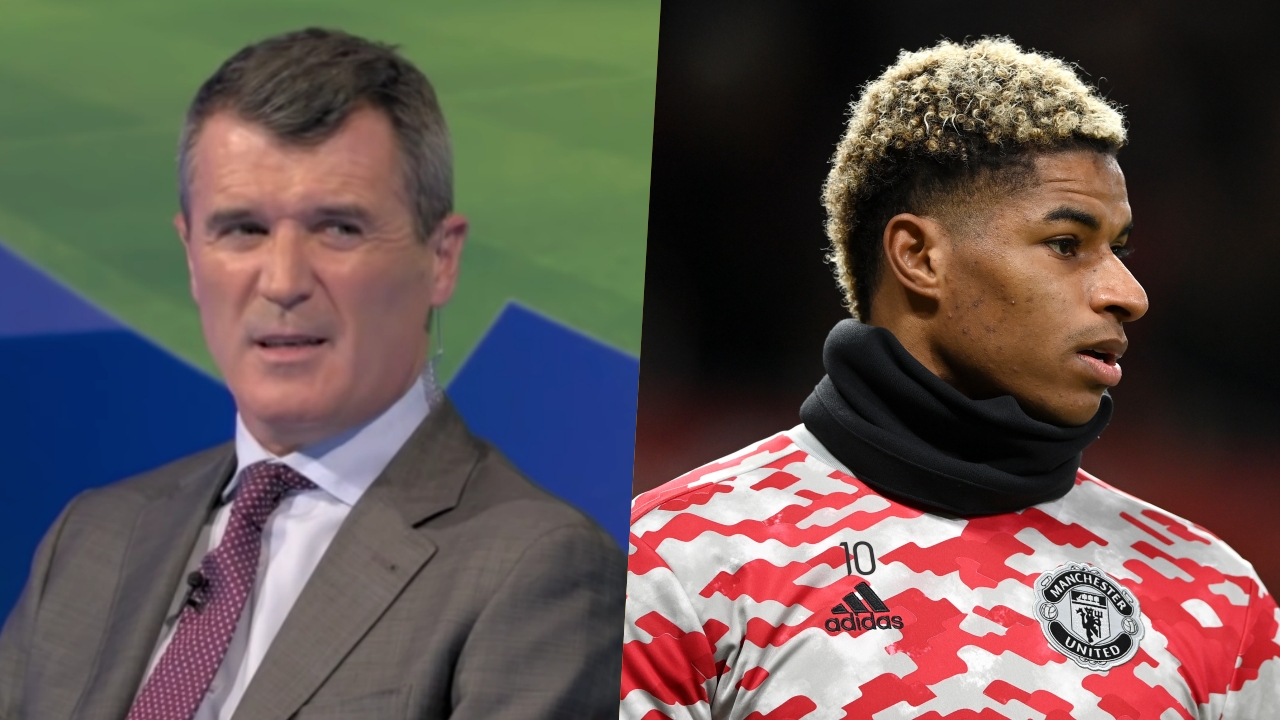 END_OF_DOCUMENT_TOKEN_TO_BE_REPLACED

For the first few seasons of Marcus Rashford's professional career, Roy Keane was kept busy with coaching duties for Ireland, in the main, as well as a short-lived role with Nottingham Forest.

He did cover a few England games, as an ITV pundit, but it was not until 2019/20 when he stepped back from coaching and took on more work with Sky Sports that the takes came steadier. There were some words of praise, along the way, but Keane very often expected more from Rashford.

"It was just as well Rashford had scored the winner, because you’d be waiting for him in the dressing room. I think it summed up their season to miss that many chances."

After Rashford scored a delectable goal in England's 4-0 win over Kosovo, the Cork native commented, "He is back to his best. It was a lovely play, nice and simple. Does it matter about the opposition? Of course it does, because they’re getting opportunities, but that was the goal of the night. A lovely finish. Pure quality."

"I'm just not convinced with these players. I go back to it and we often talk about characters at Manchester United, I just don't see enough of them today. I looked at Marcus Rashford [against Arsenal] closely today. I know he's had a load of plaudits over the last few months and I know he's still a young man, but his body language today was shocking, really shocking. Shrugging his shoulders when things weren't going his way."

"What has happened to Rashford? Manchester United need to get to the bottom of it. That's their responsibility when they are working with young players. Rashford has done amazing things over the past few years, on and off the pitch, but clearly, something is amiss.

"I watched him on Monday and the lights were on but nobody was home. The kid looks lost. Is it just confidence? There might be something going on off the field. The club and the senior players have to help him and the younger players."

"Rashford played like a child up front. Okay it wasn’t great service, but the one or two bits he got where he was in on goal and a poor touch."

"He's got to do a lot more, I'm really frustrated with him... I think you're always kind of playing for your future."

"Every time I see Marcus getting warmed up, he's always smiling, I don't like players who smile too much. You smile when you score, what we always said when he first burst onto the scene and spoke about him, he affects games. He doesn't affect games anymore, he does very little."

"Rashford doesn't do nowhere enough," he added. "Sometimes they go close them down, but he's not really going after them, they're kind of just going through the motions. 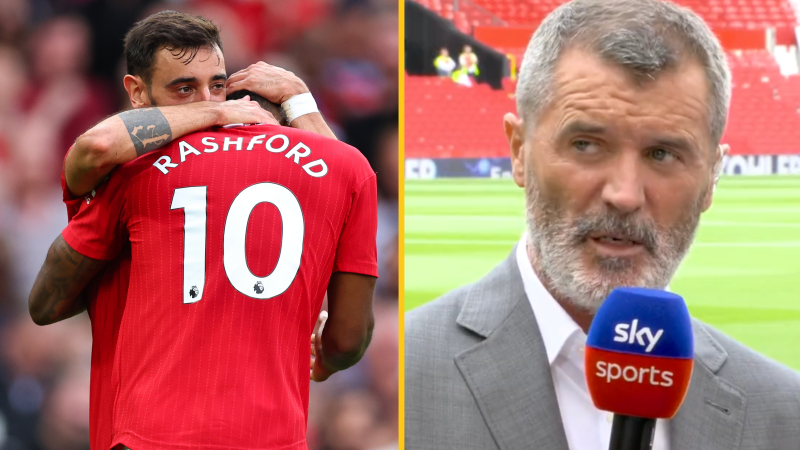 As home fans at Old Trafford serenaded him with 'Keano's f***ing magic' chants, Roy Keane was on the sideline near the tunnel at the corner flag beside the Stretford End.

"He needs to improve on his hold-up play, he had a full pre-season with the club - different to last summer - he looks settled, happy in his mindset when Marcus is at, he is a handful.

"When he stretches teams he is a good, good player. Today, Marcus was brilliant. I was tough on him over the last year or two and needs to be more consistent but, today, fantastic."

There is a popular theory, and a common perception, that Roy Keane is a purely old-school pundit, in the Graeme Souness mould, that just wants players to run and work harder and want 'IT' more.

Sure, Keane has come out with many phrases like that, over the years, but he also knows what type of players and tactics win games. He appreciates quality footballers and has spoken fondly about the likes of Cristiano Ronaldo, Paul Scholes and Erling Haaland in recent years.

"Courage is a big part of being a footballer," he once said. "Courage doesn't mean booting somebody. It's wanting the ball when you don't actually want the ball, if that makes sense.

He has gushed about Manchester City and Liverpool's players allying clear talent with dauntless work-rate, and how that will trump what most teams can throw back.

If a player put in the hard yards and the perspiration to match the skills that got them to the dance in the first place, Roy Keane will be the first in line to sing their praises.


popular
Man United could be blocked from playing in the Champions League next season
Ireland team vs. France: Form players rewarded and a welcome return
Clive Woodward happy to 'eat humble pie' after bold comments about Ireland
French media's opinion of this Ireland team becomes clear as vital clash nears
"I should have been more mature" - O'Sullivan's injury trail a cautionary tale for Sigerson casualties
Man City expect Pep Guardiola to leave
Man United's four player transfer shortlist if Qatar takeover goes ahead
You may also like
1 day ago
Casemiro explains why his name has been spelt wrong his whole career
1 day ago
Man United vs Leeds: Why the game won't be shown on Irish TV
3 days ago
Erik ten Hag draws up three-player transfer wishlist for summer window
3 days ago
Man United ponder appeal as new footage of Casemiro red card incident emerges
3 days ago
Man United squad don't want Mason Greenwood back in changing room
5 days ago
Alex Ferguson on how Owen Hargreaves was 'one of the most disappointing' signings he made for Man United
Next Page