A pulsating, topsy-turvy game at Old Trafford, settled by Marcus Rashford. Our full Arsenal and Man United ratings reflect well on a few attacking talents, while some defenders had tough outings.

Manchester United fashioned out the best chance of the early exchanges, with Antony and Diogo Dalot linking up on the right wing and Christian Eriksen volleying just wide, at the back post. Arsenal responded with a William Saliba shot, from 14 yards out, that he should have kept down.

With 12 minutes gone, Gabriel Martinelli thought he had put the Gunners 1-0 up but VAR intervened and referee Paul Tierney changed his mind. Instead of an early Arsenal lead, it was whistled as a Martin Ødegaard foul. 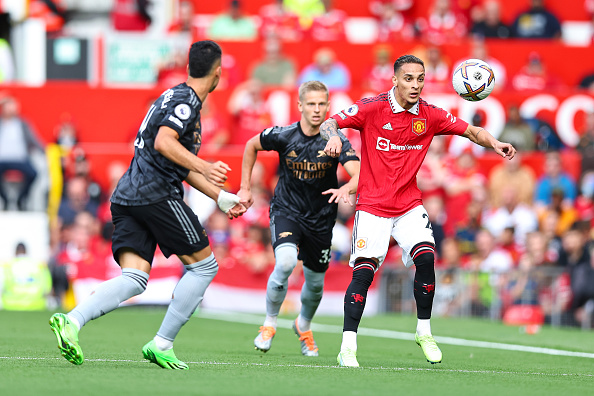 END_OF_DOCUMENT_TOKEN_TO_BE_REPLACED

Mikel Arteta's side started to dominate possession, over the next 20 minutes, and David De Gea was needed to save a low cross that deflected off Dalot, while Granit Xhaka had a shot blocked.

Martinelli drew a flying save from De Gea but it would be United that would take the lead. Bruno Fernandes was fouled on a sweeping attack but Tieney waved on the advantage ands debutant Antony finished cooly when teed up by Marcus Rashford. He had a long-range dip before half-time, but Aaron Ramsdale was equal to it, and United led 1-0 at the break.

Marcus Rashford comes to the party

END_OF_DOCUMENT_TOKEN_TO_BE_REPLACED

Manchester United were sitting deep at the start of the second half and Gabriel Jesus crafted out a chance that Ødegaard squandered, before Bukhayo Saka spun Tyrell Malacia and shot narrowly wide.

A Gunners goal felt inevitable, and it duly arrived, on 59 minutes, when Jesus caused more consternation in the box and the ball fell to Saka to slot home.

SAKA HAS LEVELLED IT! 😲

Arsenal have dominated in the second half and now they have their reward ✅ pic.twitter.com/r8zIbq5fng

Erik ten Hag had already replaced Antony with Cristiano Ronaldo, but it was starting midfielders Eriksen and Fernandes that linked up to put Marcus Rashford through on goal.

The striker looked to have caught the ball caught under him, but he kept his composure to fire home and restore United's lead:

MAN UTD ARE IN FRONT AGAIN! 🔴

Fernandes was then denied by Ramsdale when the Arsenal goalkeeper cleaned up his own mistake, and Fred replaced Jadon Sancho as ten Hag sought more control in the middle of the pitch.

Arteta made a triple change, but his team were getting picked off as the game opened up. Eriksen made a wonderfully timed break and set up Rashford with a sliding tap-in for his second. 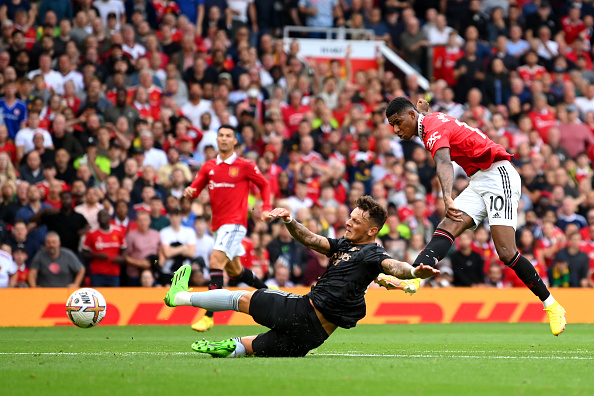 Here are our full Arsenal and Man United ratings after a humdinger of a Premier League clash that suggests both sides may be edging back to their former glories. 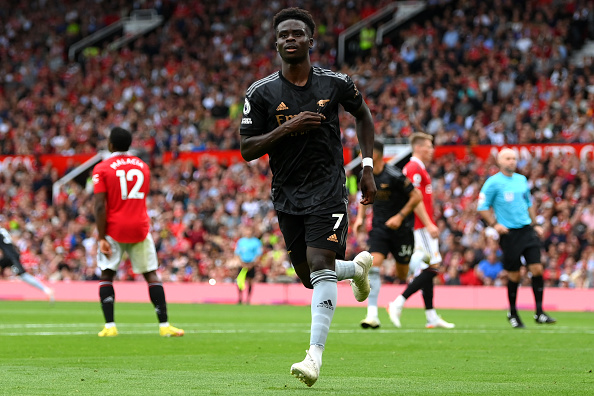