Rangers could face UEFA action for playing God Save The King

Rangers could face disciplinary action from UEFA after the club defied European football's governing body by playing God Save The King before their Champions League game against Napoli on Wednesday night.

Before kick-off at Ibrox, supporters sang the national anthem and held up a special mosaic in tribute to Queen Elizabeth II, who passed away last week. 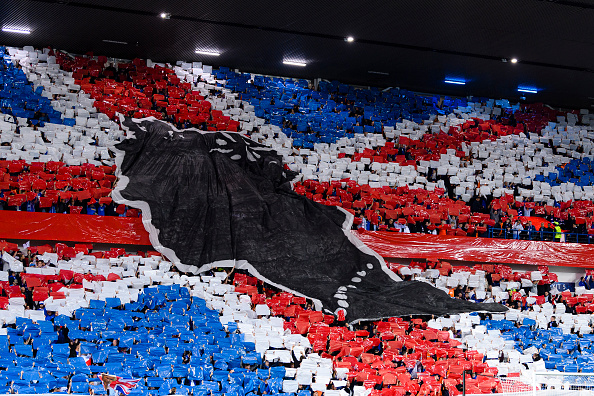 END_OF_DOCUMENT_TOKEN_TO_BE_REPLACED

Earlier in the week, UEFA had reportedly rejected a request from Rangers and other British clubs to play God Save The King before their respective European games. The governing body had, however, permitted a minute's silence.

According to reports, UEFA are now waiting to see the official report from its match delegate before deciding if an investigation should be launched.

The match, which Napoli won 3-0, was played a day later than billed over concerns over a lack of available police. The Queen's coffin was transported from Edinburgh to London on Tuesday, with large numbers of police on duty in and around the Scottish capital on the day. 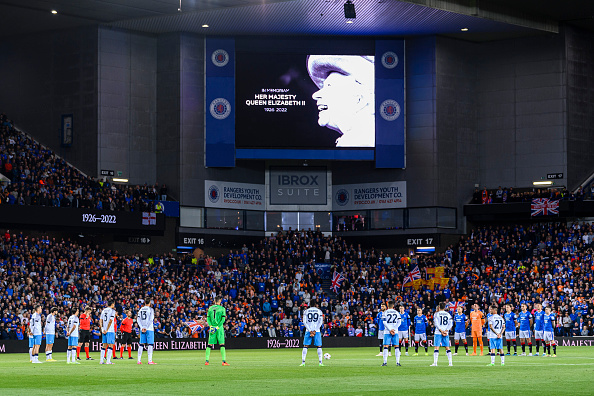 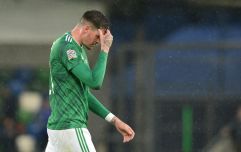 END_OF_DOCUMENT_TOKEN_TO_BE_REPLACED

BT Sport, who broadcast the game in the UK, were forced to apologise after screening an image of a controversial banner on the away end.

How Neymar's transfer to PSG caused Liverpool's rise, Barcelona's downfall, and hyper-inflation across the market ? ?


popular
Roy Keane flatly rejects longstanding perception of ex-Man United midfielder Paul Ince
Allianz National Football League Round 1: All the action and talking points
Sean Dyche set to be named Everton manager after Marcelo Bielsa talks break down
British publication urges Gareth Southgate to claim Evan Ferguson for England
"Not cool" - Jurgen Klopp far from happy with question about late Liverpool fouls
John Egan breaks Wrexham hearts and denies Ryan Reynolds a Hollywood ending
Two Ireland stars included in Premier League's 'young English XI'
You may also like
3 months ago
"They are an embarrassment" - Jason Cundy trolls Celtic in heated rant
3 months ago
There has been an overreaction to Darwin Nunez's performance against Rangers
3 months ago
Player ratings as Liverpool cruise past Rangers in the Champions League
4 months ago
Sky Sports 'to turn down Celtic crowd noise' in case of offensive Queen chants
4 months ago
Uefa charge Celtic for banner as Rangers escape punishment
4 months ago
Rangers to defy UEFA by playing national anthem before Napoli game
Next Page