UEFA have reportedly rejected requests from British clubs to play the anthem.

Rangers intend to play the national anthem prior to their Champions League game with Napoli on Wednesday as a mark of respect to Queen Elizabeth II.

According to The Daily Mail, The Scottish Premiership side, along with Manchester City and Chelsea, had requests to play the anthem rejected by UEFA, with European football's governing body preferring to maintain a subdued atmosphere ahead of kick-off.

Despite this, The Daily Record reports that Rangers will allow the Ibrox crowd to sing the anthem as a mark of respect to the Queen and her son, King Charles III. 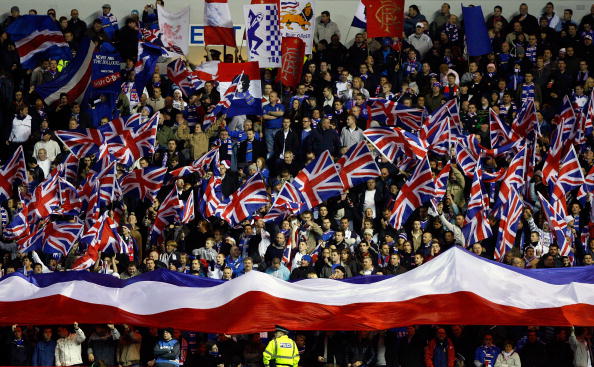 END_OF_DOCUMENT_TOKEN_TO_BE_REPLACED

The game with Napoli was scheduled to take place on Tuesday but has since been pushed back 24 hours after Police Scotland redeployed officers and resources to Edinburgh, where the Queen's coffin departed from for London on Tuesday.

There will also be no Napoli supporters inside Ibrox for the game - a decision taken to minimise police officers required for the game.

UEFA have also confirmed that there will be no Champions League anthems played before games played on British soil this week, as was the case prior to Liverpool's game with Ajax on Tuesday.


popular
Roy Keane flatly rejects longstanding perception of ex-Man United midfielder Paul Ince
Allianz National Football League Round 1: All the action and talking points
Sean Dyche set to be named Everton manager after Marcelo Bielsa talks break down
British publication urges Gareth Southgate to claim Evan Ferguson for England
"Not cool" - Jurgen Klopp far from happy with question about late Liverpool fouls
John Egan breaks Wrexham hearts and denies Ryan Reynolds a Hollywood ending
Roy Keane leaves ITV pundits in stitches after Pep Guardiola's pre-match interview
You may also like
3 months ago
"They are an embarrassment" - Jason Cundy trolls Celtic in heated rant
3 months ago
There has been an overreaction to Darwin Nunez's performance against Rangers
3 months ago
Player ratings as Liverpool cruise past Rangers in the Champions League
4 months ago
Sky Sports 'to turn down Celtic crowd noise' in case of offensive Queen chants
4 months ago
Uefa charge Celtic for banner as Rangers escape punishment
4 months ago
Rangers could face UEFA action for playing God Save The King
Next Page