PIC: Does this eggsclusive Joe Allen interview give us an insight into his life after football?

Did anyone think he was going to get his badges?

We can't see Joe Allen on the Match of the Day couch pontificating about the weekend action, or taking the Liverpool U19 teams.

The Welsh midfielder definitely marches to the beat of his own drum and perhaps he will not feel a desperate need to stay in the football industry when he hangs up his boots.

My hero. My mate. pic.twitter.com/WG5UpIxkIH

Some thought he might become some sort of bitter vineyard owner, a la Andrea Pirlo, but his true calling came home to roost on his 24th birthday when his girlfriend bought him Bruce as a present. 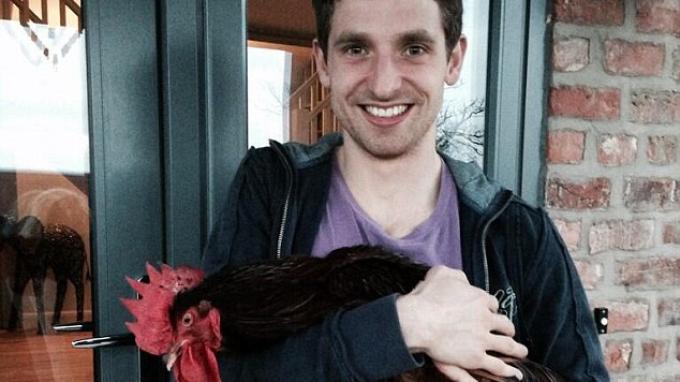 Well, now the Welsh Xavi has made it in the poultry world - appearing on the cover of this quarter's "Chicken and Egg", a magazine published by the British hen Welfare Trust. 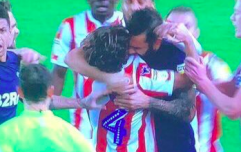 END_OF_DOCUMENT_TOKEN_TO_BE_REPLACED

It's kind of a big deal, according to C&A's archives, the midfielder schemer is only the second human to appear on the cover, the other being food galactico Jamie Oliver.

Let's hope he plucks up the courage to follow his dreams and doesn't chicken out.

Is that enough bad chicken jokes? Right, let's get the flock out of here.

popular
The 14 Irish players Down Under as TG4 come up with the goods once again
Roy Keane's first impression of Cristiano Ronaldo proved to be very accurate
The SportsJOE 12 o'clock quiz | Day 290
Jurgen Klopp chases Sean Dyche down Anfield tunnel after half-time fracas
Joe Rogan reveals he could be parting ways with the UFC
"I kind of decided on Hill 16, 'you're either going to do this or you're not going to do this.'"
Fernando Torres has got absolutely jacked since retiring from football
You may also like
3 years ago
Question that sparked Harry Arter apology changes a lot about his answer
4 years ago
Joe Allen makes the shortlist for Uefa's team of the year, Jamie Vardy doesn't
4 years ago
Liverpool fans in particular will enjoy this brilliant Joe Allen statistic
4 years ago
Jamie Vardy's record is under threat from free-scoring Joe Allen
4 years ago
Joe Allen's cult-hero status at Liverpool just got smashed into tiny, tiny pieces
4 years ago
Watch: Goal machine Joe Allen scores an absolute screamer for Wales
Next Page