Uefa have announced their 40-man shortlist for its team of the year, with Welsh trio Gareth Bale, Aaron Ramsey and (of course) Joe Allen all featuring.

All were part of the Wales team that made it the semi-finals of the European Championships over the summer - the nation's first major football tournament in over half a century.

Allen and Ramsey are two of 12 Premier League players to make the list, with N'Golo Kante and Riyad Mahrez earning places for the parts they played in helping Leicester City win the Premier League last season. Jamie Vardy does not feature, despite also having quite a say in the Foxes' title charge.

With Vardy absent, it probably comes as little surprise to learn that there are no English players on the list at all.

Fans have until January 3 to vote on who they believe should be in the team over on Uefa's website.

Here is the full 40-man shortlist: 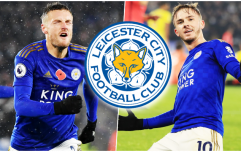