"Listen, he's had a good week," Keane said about a certain Arsenal forward.

"The guy needs to relax. Try to play well for the next seven or eight months."

"People are saying he is a changed player," Sutton said.

"He is neither clever nor creative and he was completely ineffective once again for England."

The two were talking about, of course Theo Walcott. And they were both right. 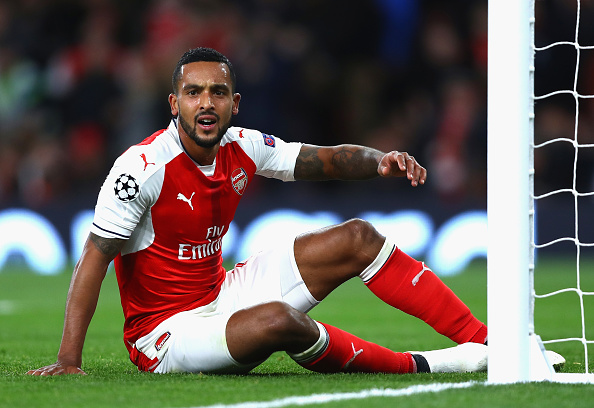 END_OF_DOCUMENT_TOKEN_TO_BE_REPLACED

The Arsenal forward showed on Saturday that it was laughable that some thought a few months ago that he had finally developed into a good player.

Walcott was abject as Arsenal lost 3-1 to Chelsea. In fairness, the whole Arsenal team was poor, but the 27-year-old was noticeably awful.

He was at fault for Chelsea's opener.

Here's Walcott's position as Marcos Alonso, the player he was meant to mark and the scorer of Chelsea's first goal, makes his way into penalty area. 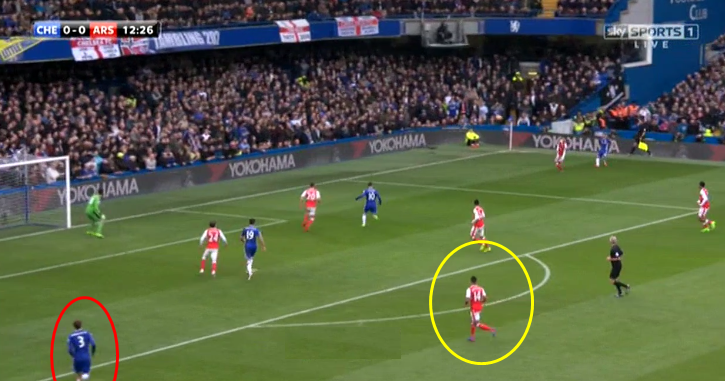 But he's at least he has got closer to him, so maybe he'll stay with him

But if another Chelsea player comes into play down the left Walcott will be be in a perfect position to stand near him looking useless. 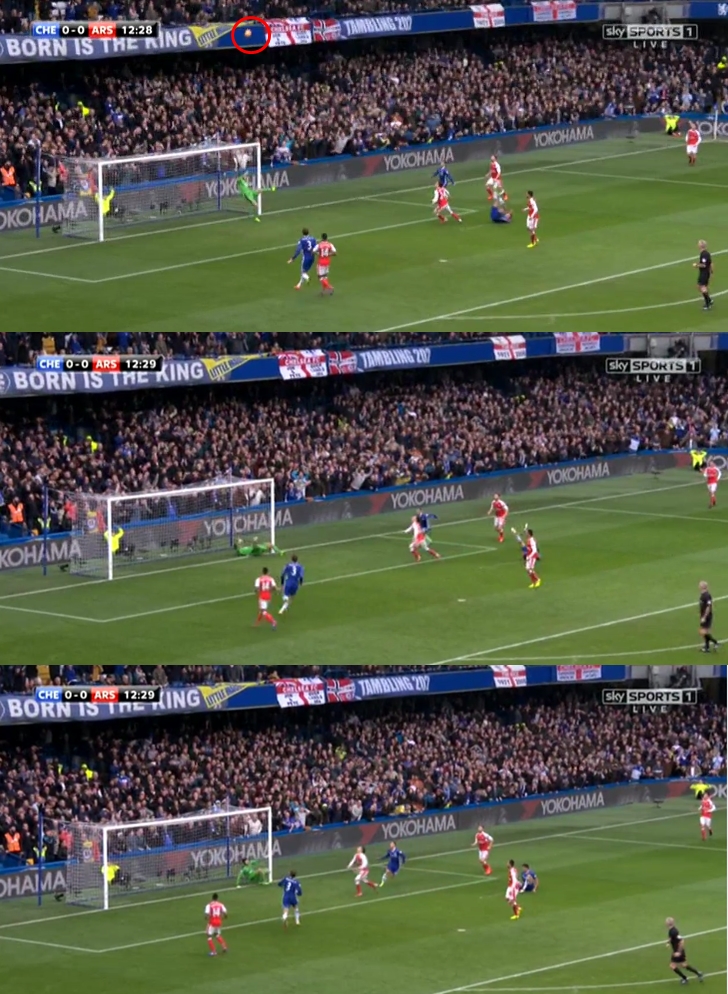 He finally looks towards Alonso... 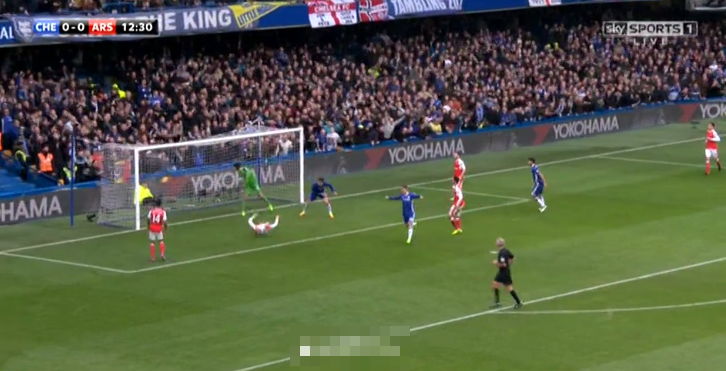 But, by then, Alonso, the player he was due to mark and was standing beside seconds earlier, has scored... 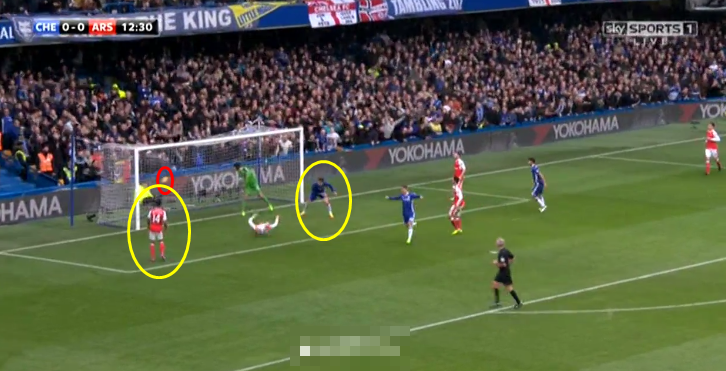 This isn't a rookie on his debut in a top of the table Premier League clash. Walcott is the longest serving player in Arsenal's squad. He joined them 11 years ago and still plays like a sprinter who wandered into a football match.

It may seem harsh to focus on Walcott after Arsenal were so poor, and saw their so-called title challenge end for another season.

But Walcott is Arsenal.

Both are hyped before inevitably disappointing. Both lack any tactical nous. Both play well against weaker teams, but fail to convince in the big games. 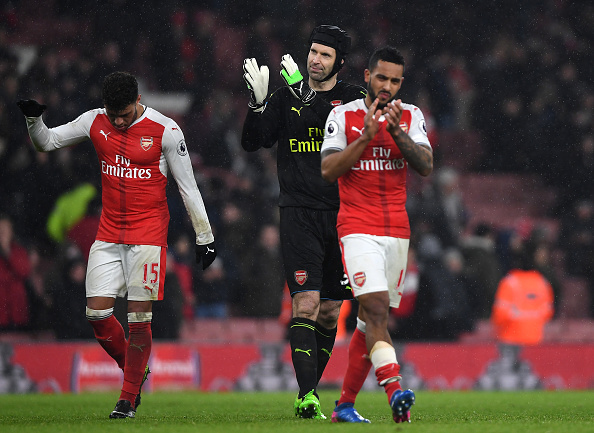 Saying Walcott will be a top player is like saying Arsenal will win the Premier League. It won't happen.

Walcott represents this Arsenal team. There's absolutely no way he would have survived in a team with genuine ability to win the Premier League.

His day didn't get much better after his role in Alonso's goal.

According to football statistics website Who Scored, Walcott was Arsenal's worst outfield player, (Hector Bellerin received a lower rating, but he was only on the field for 17 minutes). 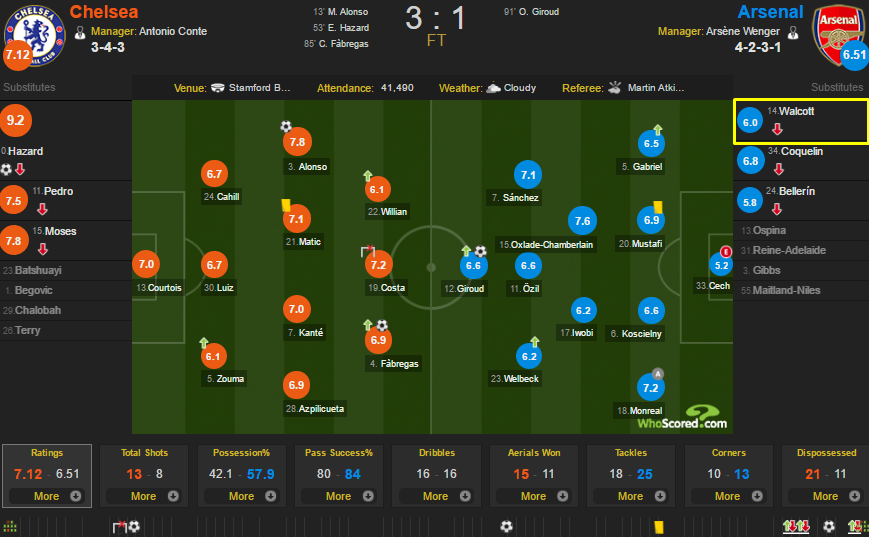 Walcott was substituted in the 70th minute, and at least broke a record, of sorts. He is now the first player to be substituted off 100 times in the Premier League. 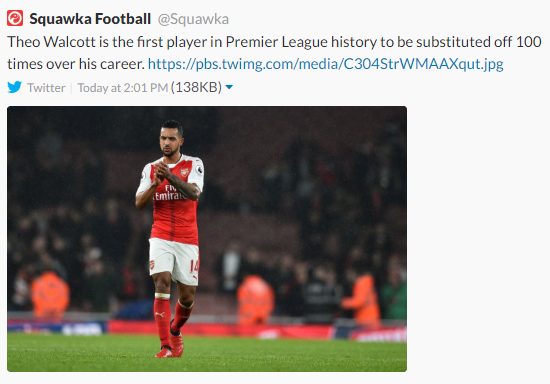 He received a lot of criticism on social media for his performance.

Walcott was good for 5 games at the start of the season and everyone said I was wrong to want him sold. He's on 140k p/w and is crap.

If Walcott wasn't English he would be slated every single week. The man just ant play football, call a spade a spade, he's crap

But what set it in stone for me was when iwobi tried to take on Moses.
And he said...NO!!
Straight bully.
And for Walcott...China please..

Wonderful from Theo Walcott. See the run, fail to track the run, concede the goal.

Occasional damaging lack of awareness, discipline & positioning by #afc as #cfc attack. Walcott not tracked back. Mustafi deceived by Hazard

1-0 Chelsea. Alonso. Walcott loses him and just watches as he heads in.


popular
Roy Keane flew home from Qatar World Cup as 'fellow pundits were getting on his nerves'
World Cup 2022 Day 20: All the major action and talking points
Talksport presenter puts Martin O'Neill to the pin of his collar over Declan Rice and Jack Grealish
Rory McIlroy explains 'falling out' with Shane Lowry that lasted a few years
Roy Keane reveals what he wrote about England during Senegal game
Eniola Aluko responds to criticism after on-air mistake on ITV
Psychic lion predicts outcome of England vs France World Cup clash