"It’s the best feeling ever."

Ollie O'Neill was way beyond cloud nine when RTÉ's Darragh Maloney caught up with him for a chat. He was up there in double figures.

The Fulham midfielder showed all the technique and composure in the world to slot in a stoppage time for Ireland U21s against a Sweden side ranked Top 10 in the world.

END_OF_DOCUMENT_TOKEN_TO_BE_REPLACED

Following Friday night's 1-0 loss to Italy, Jim Crawford's side were already in must-win territory. And win they did. They are now just four points off the Swedes with a game in hand.

Following the game, O'Neill gave a superb interview that had sheer joy bursting through every word. Asked by Maloney what was swirling through his mind after such elation at the final whistle, he remarked:

"There’s absolutely nothing going on in my head at the minute. It’s probably the best feeling I have ever had.

"I had Covid before the last camp, and it knocked me out of that. I've barely played a minute, and then to come on tonight and get a goal, it’s unbelievable. In such a big game for the qualifiers as well. It’s an amazing moment." 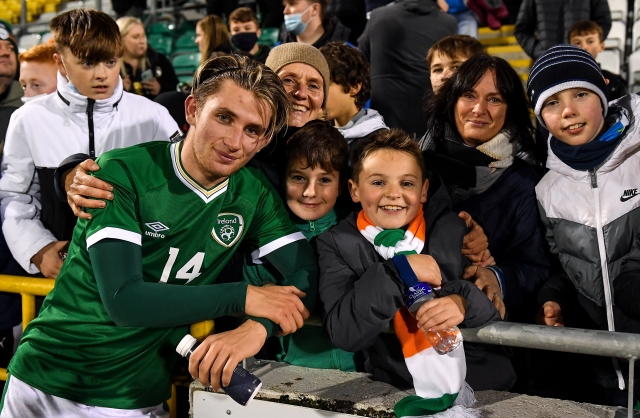 Ollie O'Neill of Republic of Ireland celebrates with supporters after the UEFA European U21 Championship qualifier against Sweden. (Photo by Seb Daly/Sportsfile)

Ollie O'Neill on his match-winning moment

END_OF_DOCUMENT_TOKEN_TO_BE_REPLACED

Ireland had been knocking on the door for most of the night, at Tallaght Stadium, but did not break the deadlock until late in the piece, when O'Neill fired past Samuel Brolin. The former Brentford academy player said:

"A loose ball broke in the box, and I thought I probably should have hit it with my left when I was in. I took a touch, and I was quite calm actually.

END_OF_DOCUMENT_TOKEN_TO_BE_REPLACED

"I stayed calm and I think everyone else was screaming. I cut inside, reversed... it was just that moment when it goes in is just unbelievable. It’s the best feeling ever."

As he reflected on the scenes of celebration around him, after the match, he observed: 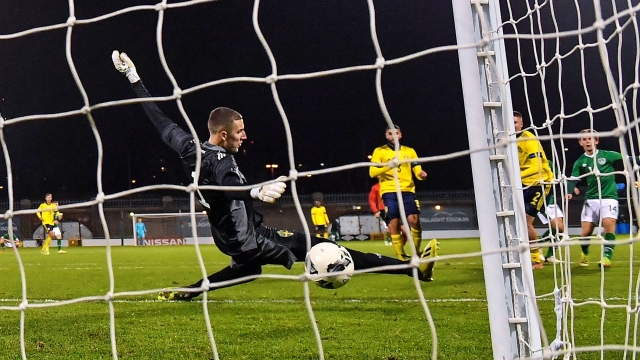 Ireland have no reason to fear, declares O'Neill

Teeing up Ireland's closing straight in the qualifiers, the 18-year-old was unshakeable in his belief for this Irish team.

"We knew, going into the group, what we needed. You look at the group and people would probably go, Italy and Sweden, they are the two best teams, but there’s no reason we’re not better than them. We played Italy the other night, a tight game, and probably a bit unfortunate not to come away with a 1-1.

"And to come tonight against Sweden, you play 90 minutes, and you think, there’s no reason for us to have any fear, because we're Ireland. We can be better than these teams. It's lovely to beat them."

'It's probably the best feeling I've ever had'

Goal-scoring hero Ollie O'Neill tells us about a famous goal for the Ireland under-21s at Tallaght #RTESoccer pic.twitter.com/iGReiL5TO9

Asked what the best moment of the night was, O'Neill joked, "The goal, obviously!"

"No, the three points," he added. "It keeps us alive. It gives us the incentive in March, and the next round of qualifiers. If we can pull off results like this, we can pull off more of them. So, brilliant."