He came fully prepared, PowerPoint and all.

Marcelo Bielsa called a snap press briefing on Wednesday, which sparked rumours of his resignation as Leeds United manager, only to instead use it to address the spygate scandal.

As opposed to a press conference, in which journalists can ask questions, this was more of a presentation to put his side of the story across before the routine pre-match press conference takes place tomorrow.

He even brought up a powerpoint presentation, explaining to journalists how he and his staff prepare for games. Needless to say, it's quite detailed.

💬 #LUFC BIELSA... and now we have a power point presentation on how Bielsa prepares for a game.... safe to say it’s comprehensive! pic.twitter.com/ZoGdL5ex7l

"I have called this because tomorrow we have the classic press briefing & I thought the spy matter would take up time I want to dedicate to the game," Bielsa said.

He reiterated that spygate was the result of his actions, not the club's, saying: “The club is not responsible whatsoever. The person followed my orders and I am the only person responsible."

“Many people have condemned the behaviour saying it was immoral & affecting fair play, saying that it was cheating, many managers & ex players thought my behaviour was disrespectful," he said, before appearing to admit that he does this sort of thing all the time.

The Argentine coach then explained that what he did was not illegal, but that does not make it 'right'.

“What I’ve done is not illegal.... It’s not seen as a good thing but is not a violation of the law.... all the wrong things you do are not done with bad intention.... I repeat again it’s not because it’s legal that it’s the right thing to do."

💬 #LUFC BIELSA: “What I’ve done is not illegal.... It’s not seen as a good thing but is not a violation of the law.... all the wrong things you do are not done with bad intention.... I repeat again it’s not because it’s legal that it’s the right thing to do”

"What I’m going to try to explain, I didn’t have bad intentions, and I didn’t try to gain an unfair sports advantage." 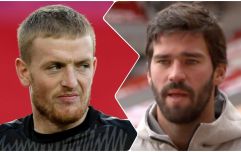 END_OF_DOCUMENT_TOKEN_TO_BE_REPLACED

Bielsa admitted that he must adapt to the traditions and values of English football.

“As Frank Lampard said, he doesn’t believe that I didn’t have bad intentions. He believes I violated the fair play spirit. I have to adapt to the rules linked to the habits of English football."

The Football League are currently investigating spygate, and Bielsa said: “If the authorities want to protect the Championship, condemning those who behave with bad intentions or affect the prestige of the league, we have to respect the sanctions against those who make mistakes."

He went on to explain his intentions behind sending someone to watch Derby train - predicting their starting XI and their approach on set pieces.

💬 #LUFC BIELSA: “I don’t like being in the media too much but think it’s important to give this information. When you watch an opponent you are looking for the starting 11, the tactics, the approach on set pieces. This is what head coaches usually analyse”

💬 #LUFC BIELSA: “All the information I need to clarify, I gather it without watching the training session of the opponent, so why did I send someone to watch them? Just because I thought I wasn’t violating the norm. I gathered information that I can obtain in another way.”

💬 #LUFC BIELSA: “we feel guilty if we don’t work enough, it allows us to have less anxiety & in my case I am stupid enough to allow this kind of behaviour. I will tell you how we analyse each opponent without having to watch them train”

Bielsa explained that his staff  watched all 51 matches Derby played last season: "Why did we do that? Because we think this is professional behaviour. It's to try and avoid being ignorant about the competition we're playing in."

The former Marseille, Athletic and Lille coach then said that while he might not be able to speak English, his level of preparation means he can speak about all 24 teams in the Championship.

“It takes 4 hours to analyse each game, it doesn’t put you in better conditions to win the game, but we make the effort to know the players & the team. I might not be able to speak English but can talk about the 24 teams of the championship”


popular
Lock yourself in because the sport on TV this weekend is hilarious
Paul O'Connell names four Irish certainties for Lions, and one bolter
The SportsJOE 12 o'clock quiz | Day 223
"It was a diluted version of what we were" - Why 'Donegal system' didn't work for others
Ladies championship starts with fireworks as Armagh blitz Tyrone in nine goal thriller
The line-up of live sport on TV this weekend is ridiculously stacked
Alisson criticises Jordan Pickford for Van Dijk challenge
You may also like
3 days ago
Solskjaer goes ultra defensive over Donny van de Beek criticism
4 days ago
QUIZ: Can you guess the football club badge?
4 days ago
"So The Sun did it again" - Pogba fires back with powerful Instagram post
4 days ago
Just when Mauricio Pochettino to United rumours were growing, Man City enters
5 days ago
Liverpool fans raise £100k for food banks with boycott of Sheffield United PPV
1 week ago
Despite Tories rejection, Marcus Rashford Twitter timeline shows mammoth success in bid to feed children
Next Page