Only two players emerge with any real credit.

On the subject of Man United transfers, Gary Neville and Jamie Carragher sat down together and resoundingly agreed it had been a collective catastrophe.

Since Alex Ferguson stood down as manager of Manchester United, after helping the side to their 20th league title, in 2013, the club has made over 30 major signings and spent over £1.2 billion [not including wages].

END_OF_DOCUMENT_TOKEN_TO_BE_REPLACED

In return, they have made the knock-out rounds of the Champions League, had one finish of second place and won an FA Cup, League Cup, Europa League and a Community Shield. Given the success the club enjoyed during the Ferguson era [13 league titles and two European Cups], that return is scant and has seen five men come in as manager, with another three filling care-taker roles.

Erik ten Hag is the new man in charge and although he has brought in three summer signings, United look set for another tough season after two league defeats in their opening games, a struggle to get new faces in and Cristiano Ronaldo seeking an exit.

On Monday Night Football, Jamie Carragher and Gary Neville went through United's 33 biggest transfers since 2013 and it was not pretty. Indeed, only Zlatan Ibrahimovic and Bruno Fernandes emerged as what the punditry duo would deem a qualified success. 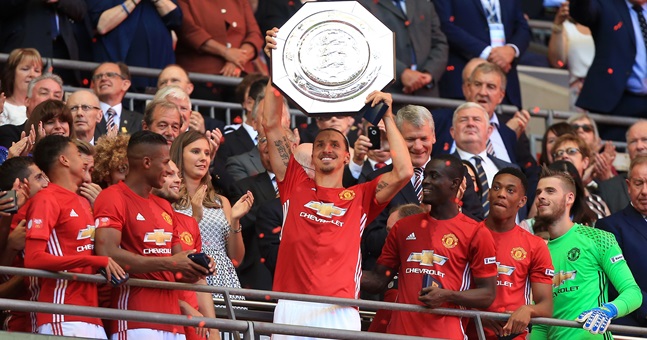 END_OF_DOCUMENT_TOKEN_TO_BE_REPLACED

Using a traffic light system of 'Green, Amber, Red', Gary Neville and Jamie Carragher went through the 33 Man United transfers that the club outlaid the most money, and wages on.

Neville explained that back-up goalkeepers or cheaper purchases were not considered, and that the focus would only be on the big deals. Damningly, the pair agreed that veteran striker Zlatan Ibrahimovic and midfielder Bruno Fernandes were the only successes [Green].

END_OF_DOCUMENT_TOKEN_TO_BE_REPLACED

Seven players were listed as 'Amber', with Neville explaining Cristiano Ronaldo would have been 'Green' had it not been for his want-away antics over the summer months. The other six players that had given decent accounts of themselves, without being consistently excellent, are:

That left 24 players that the Sky Sports pundits concurred had not been good transfers. Included in that unfortunate batch was Paul Pogba, Raphael Varane, Alexis Sanchez and a player Neville admitted he had been excited about when he signed for the club, Angel Di Maria.

Tallied up, that is a transfer 'MISS' rate of just under 73%. Neville blamed it on United not having an over-arching style of play and club structure, and ceding to the wishes of the managers they have brought in.

He also said he was "convinced" Lisandro Martinez - United's biggest summer purchase, so far - could not work in a centre defence pairing.