In the spirit of Rocky Balboa, back in 2020, Eric Cantona and Liam Gallagher put aside their club affiliations and came together to make art.

The previous year had seen the former Manchester United captain raving about Gallagher's song 'Once' on his Instagram account. Despite his Manchester City allegiances, Gallagher reached out to Cantona and asked if he would like to appear in the music video for the song.

That video was recorded in 2020, with Cantona playing a king, with Gallagher showing up as his butler/chauffeur. During a recent appearance on The 2 Johnnies Podcast, the former Oasis frontman rocker recalled:

"We spoke to him and said, 'Look, how much do you want to be in the video?'

"I go, 'Alright, we'll send you a plane ticket. What hotel?'. [Cantona replies], 'I will make my own way there. I will get my own hotel'. 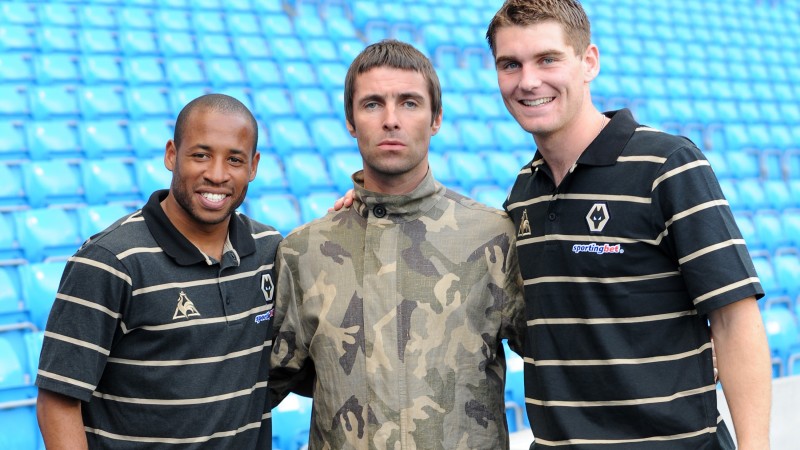 'Done the video and f***ed off!' - Liam Gallagher on Eric Cantona

The video ended up being directed by Charlie Lightening, and Eric Cantona was the consummate pro, according to Liam Gallagher. Once the recording was done, he was off again.

"Never seen him again for nothing. What a geezer... Just because he loved the song. That's what real legends are about.

"I was going, 'What the f***? How much money do you want?' But he didn't want nothing. He didn't want picking up at the airport, he hired his own car, got his own hotel, brought his own food, done the f***ing video and f***ed off!

"Never seen him again. Didn't want nothing. That's what you call a f***ing legend."

Thought this was good 👍 pic.twitter.com/GZ1kVzpg8u

You can listen to that full interview with Liam Gallagher here.