'But against Scotland, it just clicked.'

Jayson Molumby revealed how the Republic of Ireland 'caused havoc' against Scotland following their 3-0 win at the Aviva Stadium on Saturday afternoon.

Alan Browne, Troy Parrott, and Michael Obafemi got on the scoresheet as the Boys in Green recorded their first Nations League victory since the competition began in 2018. 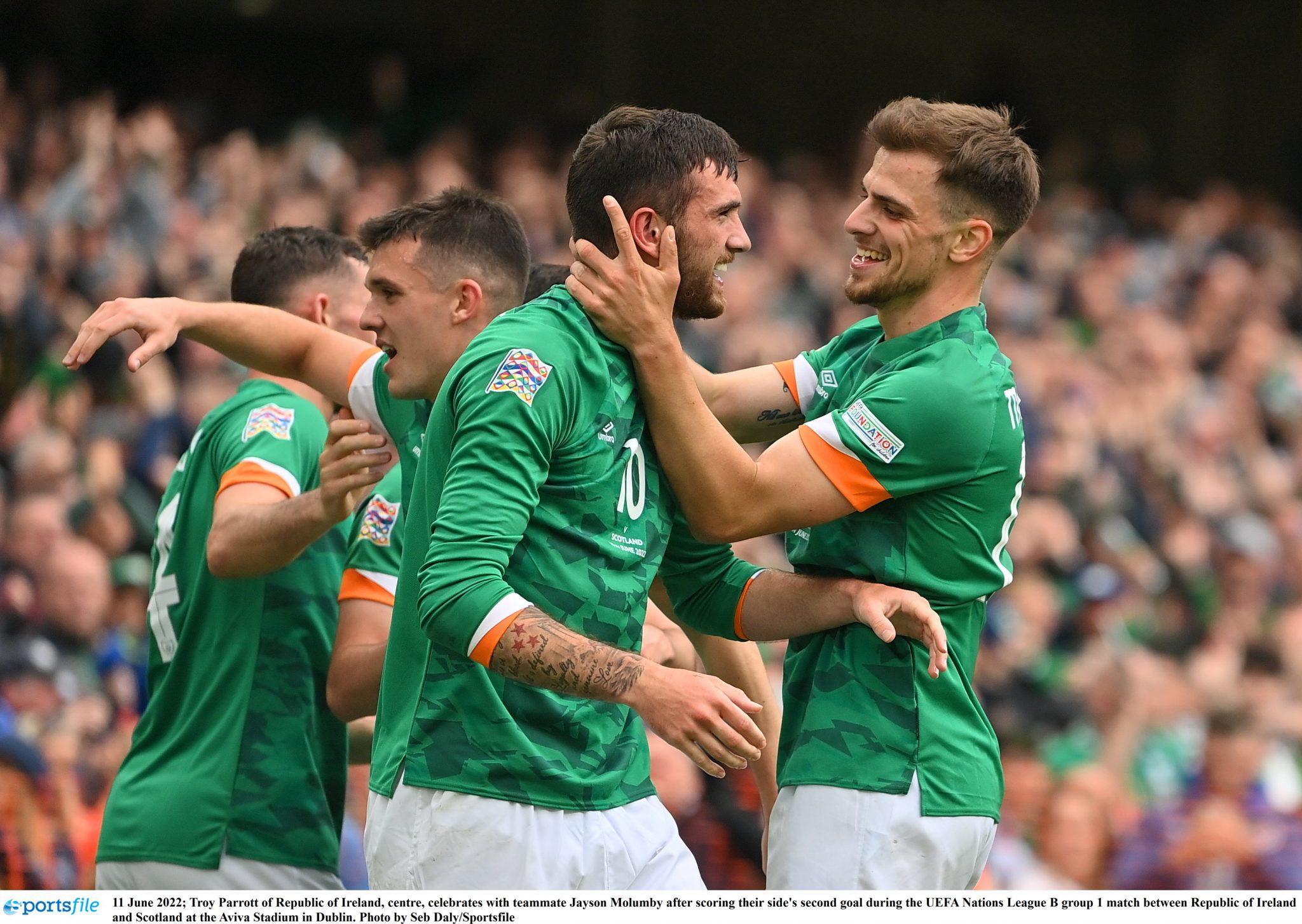 END_OF_DOCUMENT_TOKEN_TO_BE_REPLACED

Molumby admitted Ireland's opening defeats to Armenia and Ukraine "wasn't good enough," in comparison to their performance against Scotland.

The West Brom midfielder highlighted his performance alongside Jason Knight as the pair "caused havoc" in their 3-0 Nations League victory.

END_OF_DOCUMENT_TOKEN_TO_BE_REPLACED

“Maybe we picked up a bit better against Ukraine, more intensity. The first 20 against Ukraine the intensity was good, maybe the quality was missing. But (against Scotland) it just clicked, to a man we gave 100 percent. I thought we deserved a win, maybe by more.

"I think it was just the intensity, the passion, the commitment was there for everyone. Me and Knighty there, we were fully committed, there was a lot of energy between both of us and we went out there and caused havoc" 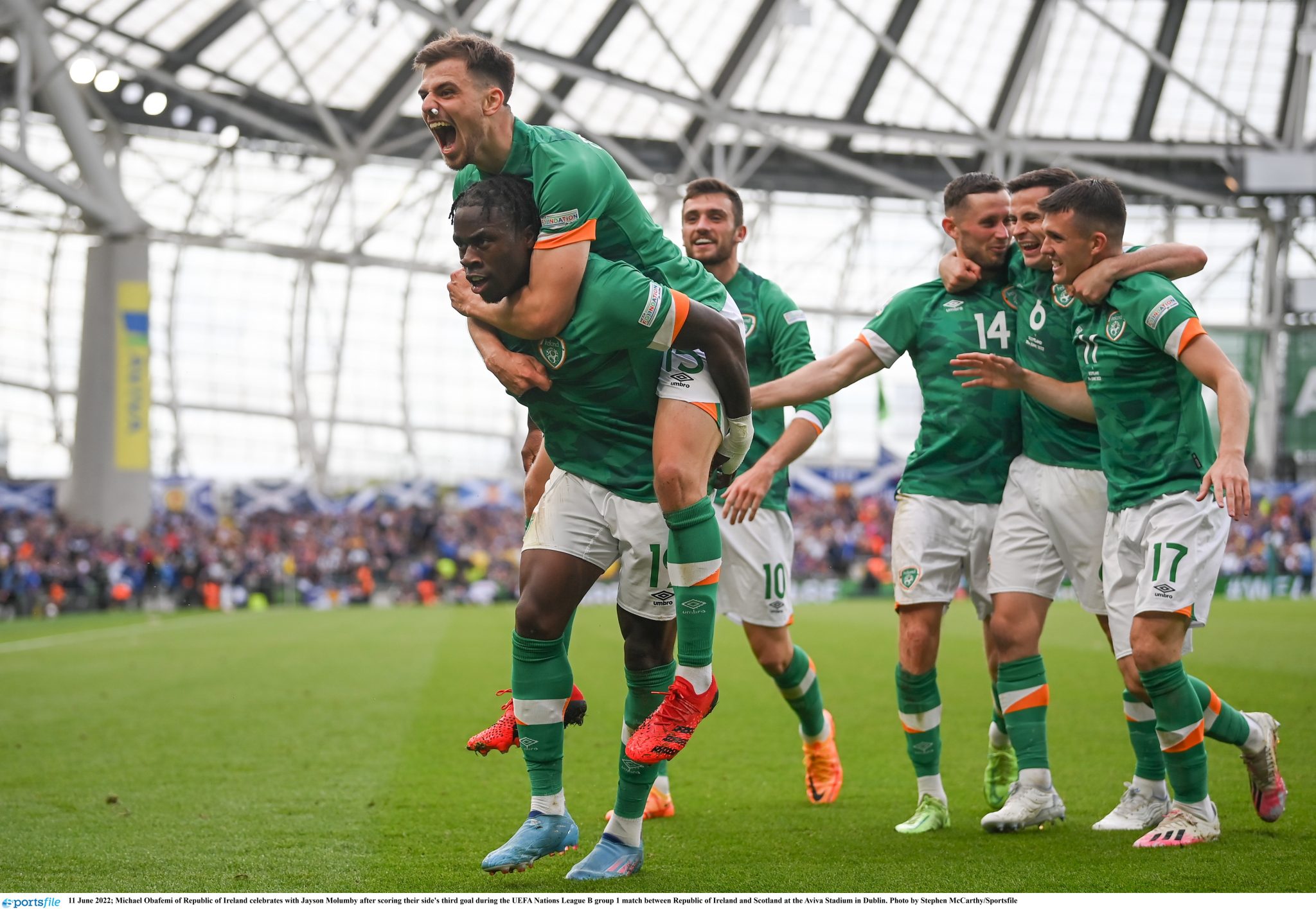 END_OF_DOCUMENT_TOKEN_TO_BE_REPLACED

The 22-year-old described the staff as "amazing people" as they helped to lift the players' spirits following a difficult week of Nations League action.

“They are picking everyone up and making sure there are smiles on the lads' faces so it is a credit to them as well. It’s all of them. The masseuses, everyone, the chef, there are amazing people working behind the scenes who are incredible.

“It’s not easy, you know, you’re away from your family and friends, but they’re amazing people.” 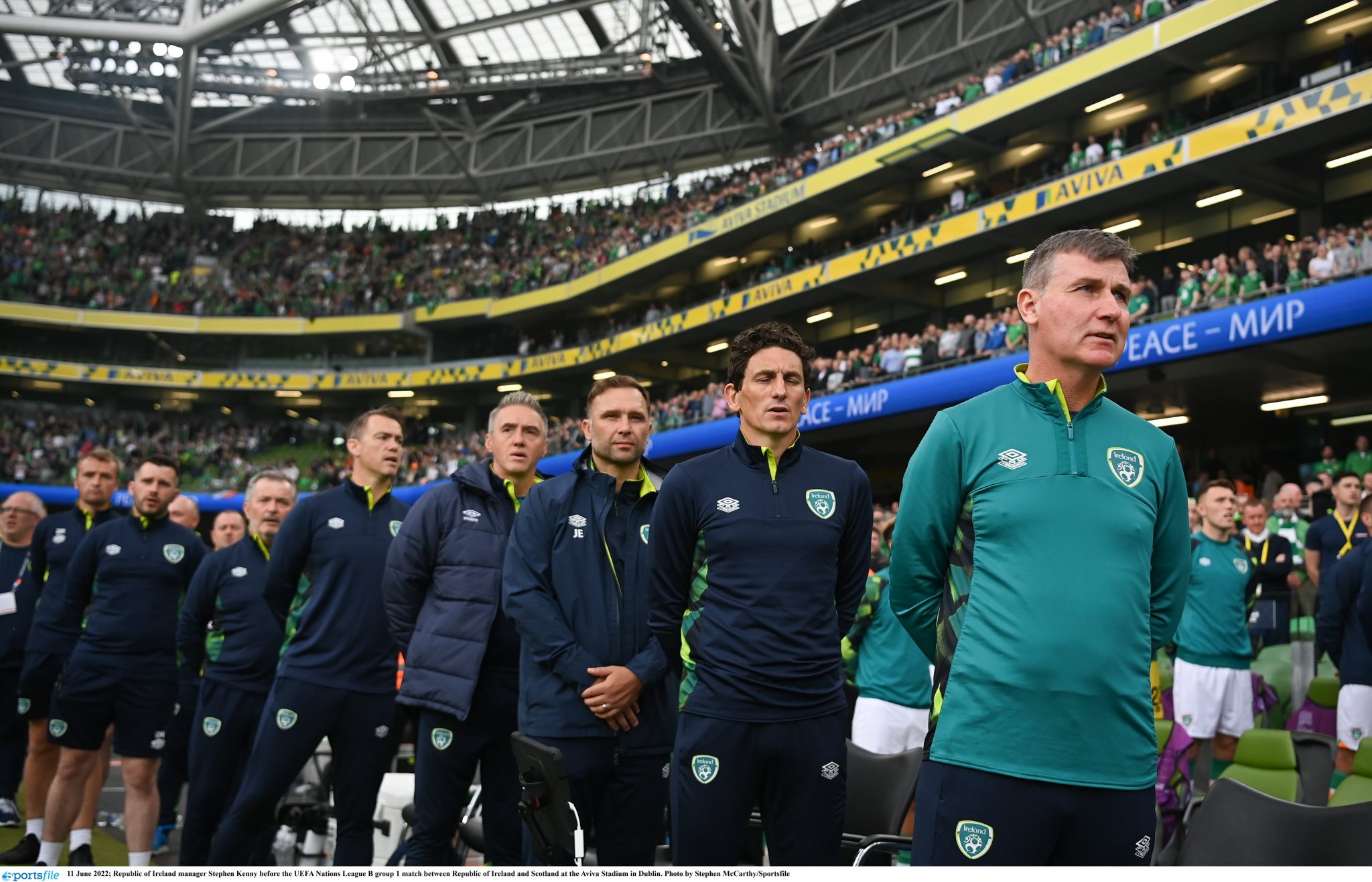 Ireland's fourth game in this year's Nations League campaign is against Ukraine on Tuesday, with a 7:45 pm kick-off in the city of Lodz in Poland.


popular
Man United could be blocked from playing in the Champions League next season
Ireland team vs. France: Form players rewarded and a welcome return
Eight players to watch in tonight's Sigerson Cup semi-finals
French media's opinion of this Ireland team becomes clear as vital clash nears
Clive Woodward happy to 'eat humble pie' after bold comments about Ireland
"I should have been more mature" - O'Sullivan's injury trail a cautionary tale for Sigerson casualties
Lionel Messi makes decision on Barcelona return
You may also like
1 month ago
Evan Ferguson praised after Brighton striker matches feat by Premier League legend
1 month ago
Evan Ferguson: All you need to know about Ireland's newest striker
1 month ago
Roy Keane cracks ice cold Ireland joke after France lose World Cup final to Argentina
1 month ago
Ireland reportedly line up Lee Carsley as next national team manager
2 months ago
Talksport presenter puts Martin O'Neill to the pin of his collar over Declan Rice and Jack Grealish
2 months ago
UEFA fine FAI €20,000 for Ireland dressing room song
Next Page