Ireland are aimimg for back-to-back wins.

The Republic of Ireland are back in action against Ukraine on Tuesday evening as they travel to the city of Lodz in Poland to play their fourth Uefa Nations League game of the year.

Stephen Kenny will be looking to achieve back-to-back wins in the competition following Ireland's 3-0 victory against Scotland at the Aviva Stadium on Saturday afternoon.

Ukraine are ranked 25th in the FIFA world rankings and come into this match top of Nations League B Group 1, having taken maximum points from their first two games.

Here is the Ireland XI we would pick for the Nations League tie against Ukraine. 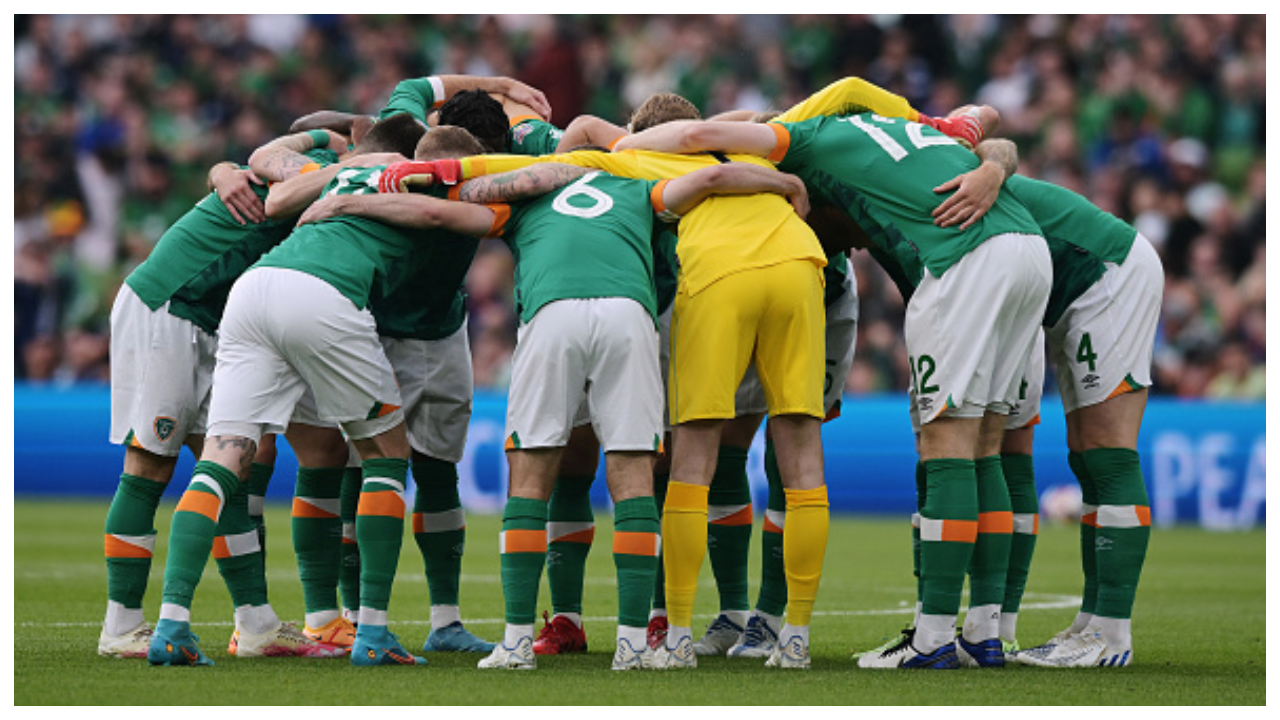 END_OF_DOCUMENT_TOKEN_TO_BE_REPLACED

Caoimhin Kelleher makes his fourth appearance in 11 days for the Boys in Green. The Liverpool goalkeeper kept his first clean sheet of Ireland's Nations League campaign against Scotland, and looked dependable in his handling and distribution throughout.

Nathan Collins is the only defender in the back three to keep his place as Shane Duffy misses out through suspension and John Egan withdrew from the squad due to family reasons. The Burnley defender has been a mainstay for Ireland this month, starting all three Nations League games and impressing in all three.

Dara O'Shea and Darragh Lenihan come into the team on either side of Collins. Lenihan makes his first competitive start for Kenny's side and O'Shea earns his 13th cap for the Boys in Green.

Alan Browne retains his place at wing-back following his solid display against Scotland.

The Corkman came into the side due to Ireland's lack of cover at right-wing-back and kept Andy Robertson at bay. Browne scored Ireland's opener with a tap-in on Saturday following Duffy's header back across the six-yard box. 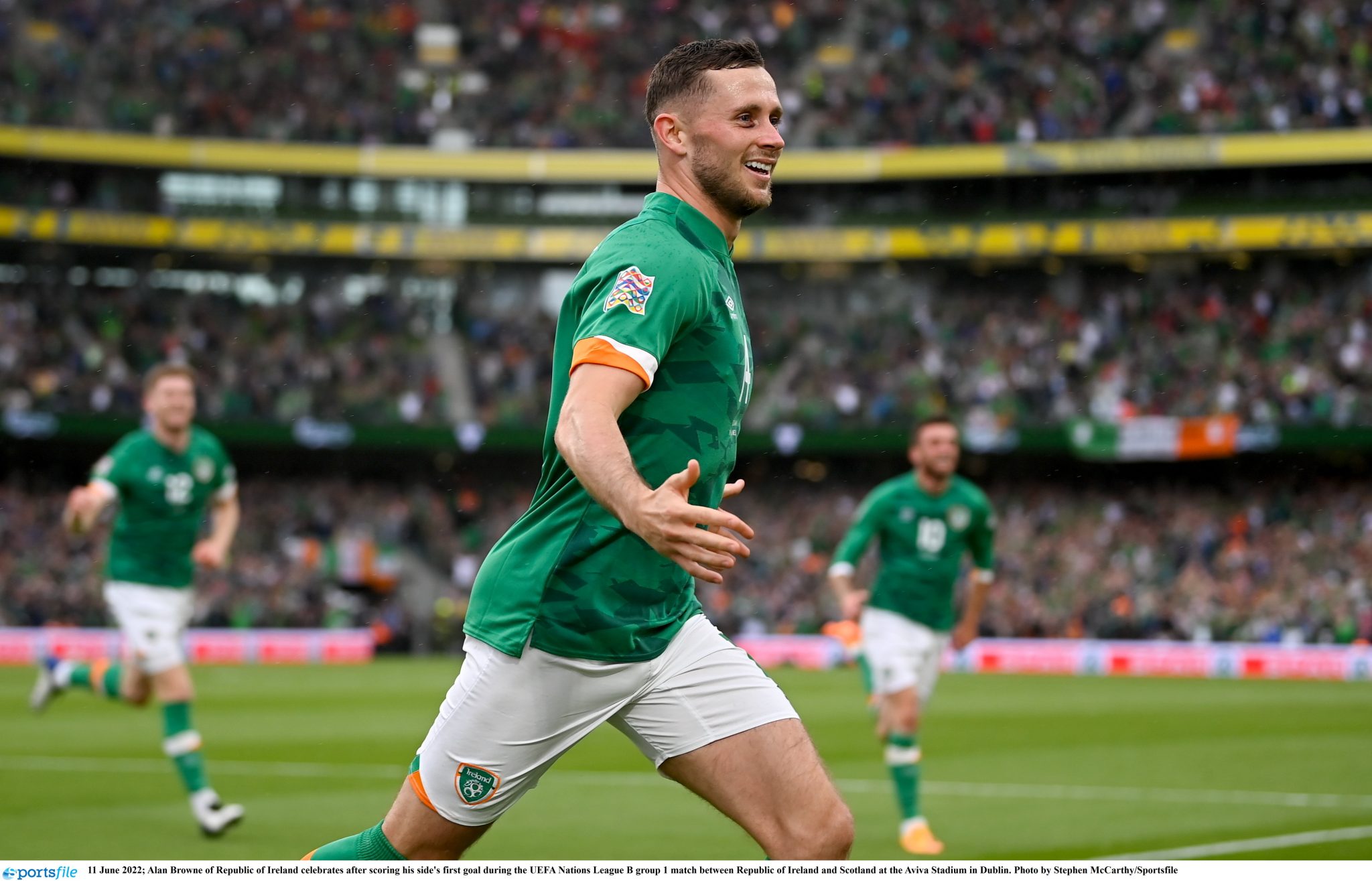 END_OF_DOCUMENT_TOKEN_TO_BE_REPLACED

James McClean starts at left-wing-back. The Wigan Athletic player helped set up Ireland's first goal with his corner, whilst being a constant threat down the left-hand side through the match as he whipped in dangerous crosses. The Derry native retains his place in Kenny's team to earn his 93rd cap for the Boys in Green.

The midfield three remain unchanged from the victory against Scotland as Josh Cullen starts in the middle with Jayson Molumby and Jason Knight starting either side of him.

Molumby was impressive as he earned his 13th cap for the Boys in Green. The former Ireland U21 captain was a strong presence for Kenny's side in and out of possession.

Knight's creative spark in the midfield three is essential for Ireland going forward. The Derby County midfielder worked tirelessly to help Cullen and Molumby without the ball. 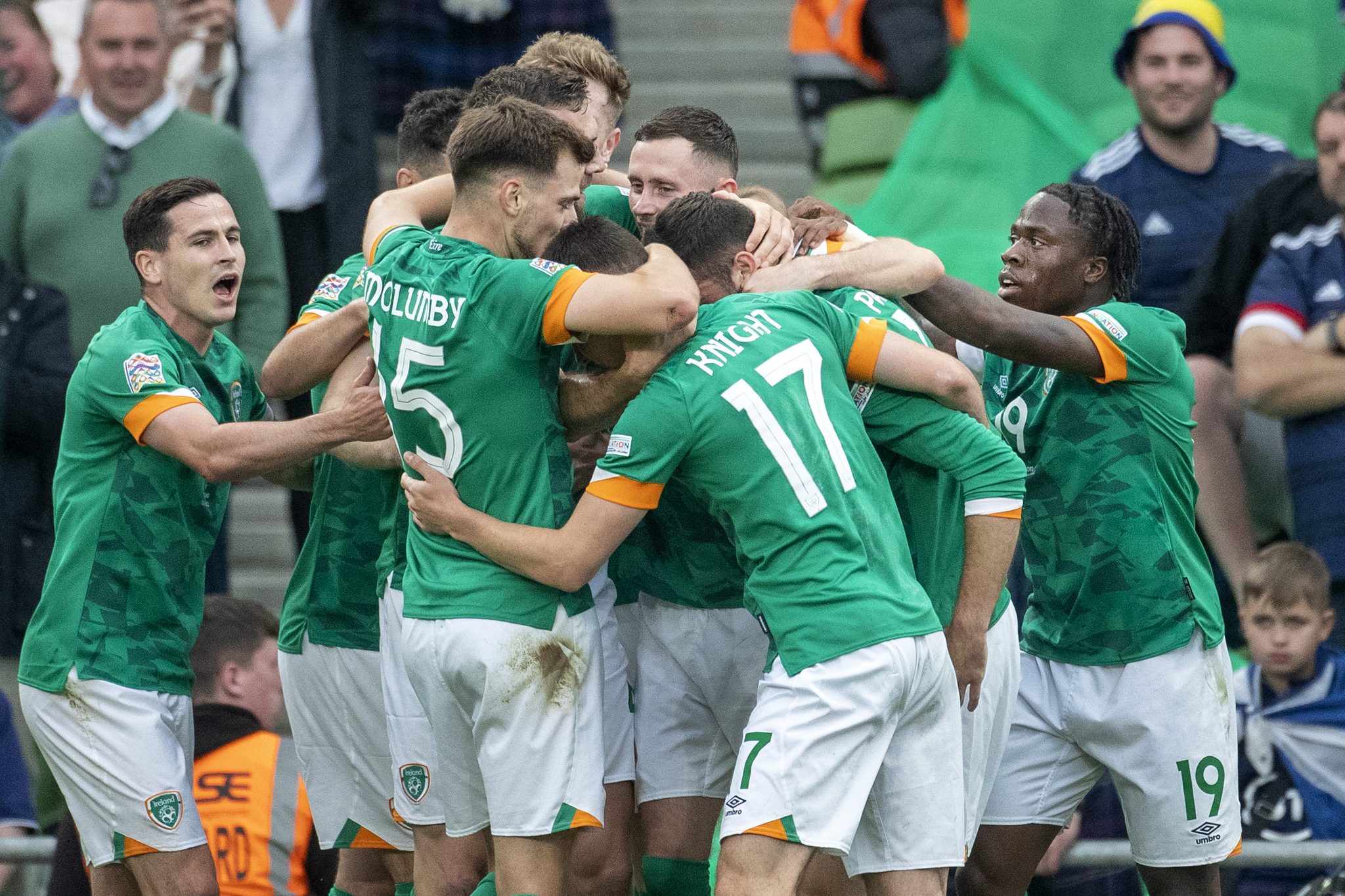 Troy Parrott is a creative spark in Ireland's strike force. The Spurs striker scored Ireland's second goal and created an assist against Scotland. The Dubliner has scored during his last two appearances at the Aviva Stadium and will be hoping to carry his home form into the away tie against against Ukraine.

Leading the line for Ireland is Michael Obafemi. The Swansea attacker was instrumental for the Boys in Green on Saturday. The 21-year-old played a wonderful pass into the path of Parrott for Ireland's second goal. Obafemi's man-of-the-match display was solidified when he hammered a shot past Craig Gordon from 30 yards out.

Parrott and Obafemi should spearhead Ireland's attack following a promising showing against Scotland. Obafemi, however, could miss out after going off with a groin issue against the Scots. But, if he is fit to play, Kenny will want to call on him.

Here is the Ireland XI we would pick for Tuesday's match against Ukraine, lining out in a 3-5-2 formation. 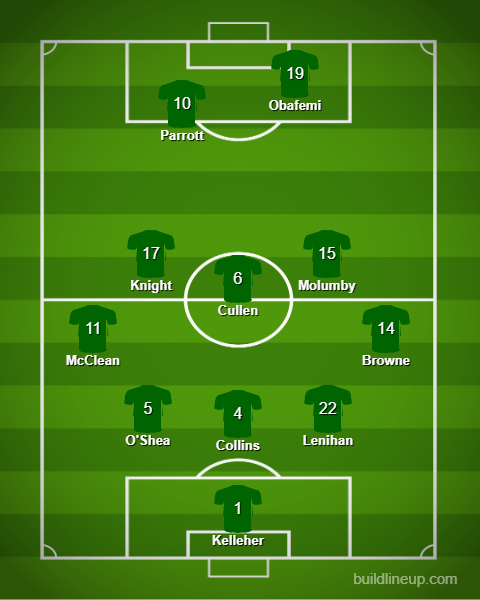